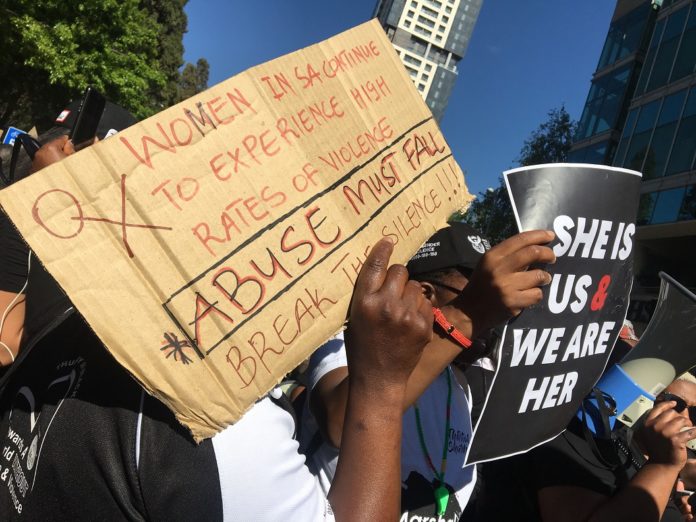 According to the World Health Organisation (WHO), one in three women around the world experience intimate partner violence. The WHO notes: “This makes it the most widespread, but among the least reported human rights abuses.” Reports from China and America have shown a significant increase in domestic gender-based violence (GBV) during the COVID-19 outbreak.

Anita Bhatia, the deputy executive director of the United Nations Women, told TIME magazine that “the very technique we are using to protect people from the virus can perversely impact victims of domestic violence.”

Speaking to The Daily Vox, Loyiso Saliso from The Total Shutdown, the movement that mobilised a shutdown in 2018 for gender-based violence, said in the president’s speech announcing the lockdown, there wasn’t mentioned about the safety of women and children.

Saliso said it’s problematic that when the crisis of COVID-19 emerged, the president seemed to have completely forgotten about the crisis of GBV.

Saliso said activists and organisations have been told they need permits to operate during the lockdown, however there has been no clarity around where to get the permits and how the process works. There is also no updated list of shelters for women and children said Saliso.

Addressing the media ahead of the lockdown, the police minister Bheki Cele said the government noted the “fear and the possibility of the escalation of gender-based violence that could come as a result of liquor now being consumed at home.” Therefore the government has announced that no alcohol will be sold during the lockdown.

Saliso said that the response from the police minister is very ignorant as the reasons for GBV can never be solely blamed on alcohol. She said women are going to be trapped with men with no income who will take out their frustration on the women.

“People have been abused without alcohol. It’s bigger than just alcohol,” said Saliso.

Cele also announced that as part of their extra measures, there are plans to “beef up” the family violence, children protection and sexual offences units. The number 0800 150 150 can be used to report incidents of gender based violence for urgent response. However, these units and the police have proven ill-equipped and often slow to respond to GBV even in normal conditions.

“We want a clear message from the government about what happens to these women (who are victims/survivors of GBV during the lockdown),” said Saliso.

During the 21-day lockdown, the South African National Defense Force (SANDF) will be deployed to ensure that there is no movement of people. They have been given the responsibility to maintain the regulations of the lockdown. Saliso said there are concerns about the deployment of the military during the lockdown.

In 2019, a department of defence and military veterans’ ministerial task team was put together to investigate cases of sexual exploitation, sexual abuse and sexual offences within the SANDF. In other countries the military has been found to be perpeptrators of sexual violence against citizens.

Saliso said she hopes that isn’t the case in South Africa and that the military are rather a part of the solution.

However, despite the announcement from the ministry, concerns around the increase of GBV still persist. The Total Shutdown has organised a webinar on to discuss the #ForgottenRealities during COVID-19 in South Africa.

The discussion is set to take place on March 27. It will speak to issues pertaining to GBV, health and safety and economic well being and the overall impact of COVID-19 on women, children and gender non-conforming people in vulnerable communities in South Africa. The webinar will include organisations that are concerned with the rights of sex workers, queer people, women in farming, and mental health issues.

Saliso said activists have been asking for the shelters and for clean water and sanitation in informal settlements.

“This virus has exposed that the government can react to a crisis if they want to,” she said.

Here are some numbers to call if you, or anyone you know is in distress:

This is a national toll-free helpline for survivors and witnesses of gender-based violence.