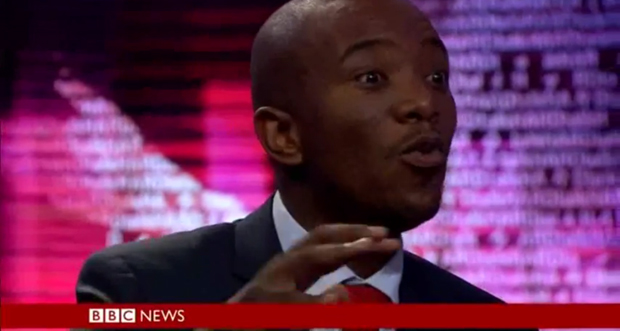 1. Equal opportunities for all

I am, in some ways, the story of what Iâ€™d like to see for every child.

Maimane talked about his impoverished upbringing in Soweto, noting how hard work and determination had helped him to where he is today, but also that had been able to take advantage of the educational opportunities he was given. He emphasised the need to make similar opportunities available to all young South Africans, so that hard work is all you need to achieve success. Did we just hear Obama Lite talking about the great South African dream?

Change does not take place in incremental drops, it eventually becomes an instant moment.

Weâ€™re not so sure about this statement, as while the DA has grown its voter share substantially since 1994, itâ€™s been in incremental drops, rather than one big wave. However, Maimane has big plans for contesting the metros in next yearâ€™s local elections, with a focus on Nelson Mandela Metropolitan Municipality, Tshwane, and Johannesburg. How will the DA do this? With a focus on economic issues and by mobilising more activists on the ground.

When asked about how he would attract young people the the DA, Maimane mentioned economic growth, in particular, micro enterprises. He pointed to the lower level of unemployment in the DA-governed Western Cape, and referenced the partyâ€™s programmes, such as developing micro enterprises in Khayelitsha so South African can start their own businesses.

Ultimately, we can get to a point where South African directly elect their MP

South African national elections work on a proportional representation system. This means all votes across the country are added up, and this decides how many MPs each party has. But in other systems, including the UK, individual constituencies (areas) vote for their own MP. The DA is proposing that 300 MPs are elected directly by the public, and 100 MPs via proportional representation. This idea was, in fact, originally proposed by the Electoral Task Team more than a decade ago, so weâ€™re not holding our breath that the rules will change any time soon.

We donâ€™t believe the state must be the sole custodian of the supply of energy.

Maimane had some suggestions about including new players in our electricity sector, and taking control of the energy grid away from Eskom. He was clear that he was not advocating for privatisation, but â€“ hair-splitting aside â€“ at this point weâ€™d be happy with any solution, as long as it keeps the lights on.

– Featured image: Screenshots from the video.