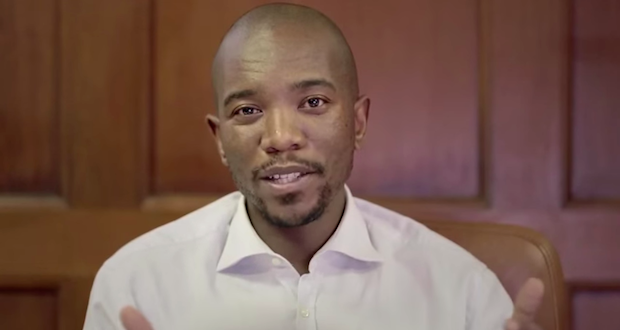 Newly elected Democratic Alliance (DA) leader Mmusi Maimane this week released the first in a series of video addresses aimed at voters. The series â€“ or â€œconversationsâ€ as Maimane refers to it â€“ is titled Bokamoso, which is means â€œThe Futureâ€ in Maimaneâ€™s mother tongue,Â Setswana.

â€œI chose this name because the DA is the party of the future. And we are driven by the idea of building a better tomorrow for all South Africans,â€ he says at the start of the address.

The series replaces former DA leader Helen Zille’s newsletter SA Today. Itâ€™s a smart move from Maimane, who will be seeking to win over new voters in the run-up to the local elections next year.

Maimane speaks to viewers in both English and Setswana. The address bears some resemblance to the campaign videos weâ€™ve seen from the US lately, and ends with an upbeat, â€œIâ€™m ready to roll up my sleeves and get to work. And Iâ€™d love for as many South Africans as possible to join me.â€

Maimane comes off as genuine and approachable, and with a video that clocks in at just over three minutes, not overly long-winded. But will potential voters be won over by this new approach? Or will it just serve as more material with which to skewer the man who many still see as a Zille puppet and white apologist.

See for yourself. Watch the video here,Â read the transcript on the DA website, and do let us know your thoughts in the comments below.

– Featured image: Screengrab from the video.Â