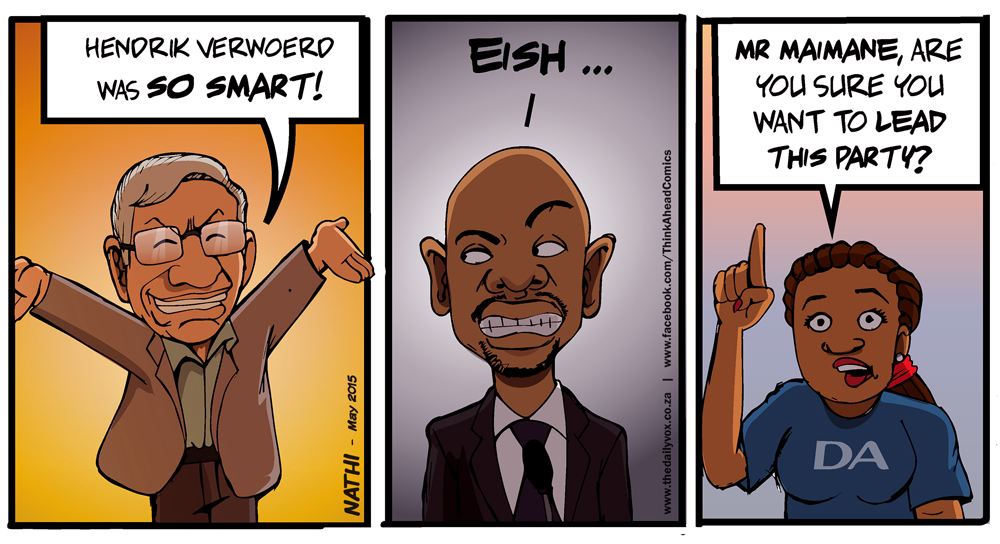 Mmusi Maimane was elected as the new Democratic Alliance leader at the partyâ€™s elective congress on the weekend. Already, Maimane has had to do some damage control, after veteran journalist Allister Sparks referred to architect of apartheid Henrik Verwoerd as a â€œsmartâ€ politician during a speech at the congress.

To be fair, Maimane did a much better job of this than former DA leader Helen Zille had. He firmly stated that: â€œVerwoerdâ€™s very policies were deplorable â€¦ and evil.â€ Zille, meanwhile, had resorted to that old politicianâ€™s tactic: claiming that Sparksâ€™ comments had been taken out of context.

As freelance journalist Mandy de Waal (Edâ€™s note: De Waal is an occasional contributor to The Daily Vox) noted on Facebook: â€œAnd so it begins. Mmusi Maimaneâ€™s first job as leader of the DA is to clean up the shit created by a white man. Ironic.â€

Maimane, are you really sure you want the job youâ€™ve just been elected to?