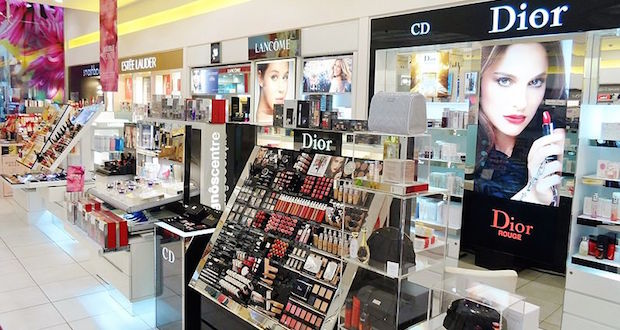 Model Nykhor Paul recently lashed out at professional makeup artists in the fashion industry who refuse to cater to dark-skinned models. The global fashion industry is known for excluding people of colour, but even here in South Africa, where 80% of the population is black, it can be difficult to source makeup for dark skin tones. FIRDAUS KHAN asked people in fashion and TV about how this has affected them. Â Christian Maghoma, 20, model at Ice Models, Auckland Park
I wouldnâ€™t say my skin tone is marginalised, but I think itâ€™s unfair that we arenâ€™t always catered to. Makeup artists have never asked me to bring makeup to shoots. But I think there is a need for a solution to this, cos itâ€™s not fair if they can only (make up) one skin tone. The solution could be finding the makeup for black people, and accommodating them for shows. But overall, I have never experienced this. Zamantungwa Khumalo, 25, talk radio producer andÂ presenter, Kagiso
Makeup companies donâ€™t cater for dark-skinned people. Only now, post-Lupita Nyongâ€™o, you are finding some cosmetics companies, who are waking up and catering for dark-skinned people. But itâ€™s still not being done enough. In South Africa, at MAC, the darkest colour they have is for my skin tone â€“ and Iâ€™m not the darkest skin tone youâ€™ll get. Iâ€™ve asked them at the counter, and they said they do cater for darker people, but those colours are more in their Nigeria stores. There have been instances (at TV interviews) where I thought Iâ€™m being made up a shade or two lighter than my skin tone, and Iâ€™d bring it up, but they didnâ€™t have the proper shade of makeup for my skin. Not even catering to dark-skinned people is sending a message that youâ€™re not worthy of being pretty. Kgomotso Sebeko, 32, model trainer/fashion show producer at KS Model Management, Sebokeng
Usually, white makeup artists will get the wrong foundation for black models. Some of the dark-skinned girls end up not wearing makeup, just moisturiser, because they canâ€™t find the right foundation. There (have been) situations backstage at fashion shows, whereÂ the hairstylists will say they donâ€™t do ethnic hair or ethnic makeup. When they are forced to, then the girls look pale.Â But professional makeup artists, with the use of MAC, Revlon, Iman Cosmetics and Estee Lauder, now cater for black ethnic faces. Dark skin is unspoken of, itâ€™s unappreciated, itâ€™s unpraised and itâ€™s side-lined. We canâ€™t overlook it. Tshepiso Ralehlathe, 22, model with Ice Model Management, Cape Town
Iâ€™m not the darkest skinned, so it should be easy to have foundation for me, but Iâ€™ve had instances where I am either made grey because the makeup artist doesnâ€™t have my colour, or I am made super-dark. Iâ€™ve had crazy instances, where as a black girl, you donâ€™t look as good as all the white girls. Iâ€™ve definitely had my fair share of bad makeup artists, but Iâ€™ve also had amazing artists. There have been white women who have perfected my skin tone, but there have been those few instances where your makeup is being done and you have to rush to the bathroom to fix it. Iâ€™ve never been asked to bring my own makeup to a shoot, but far too often I go with my own makeup set anyway.

– Featured image via Wikimedia Commons; all other images supplied and used with permission.