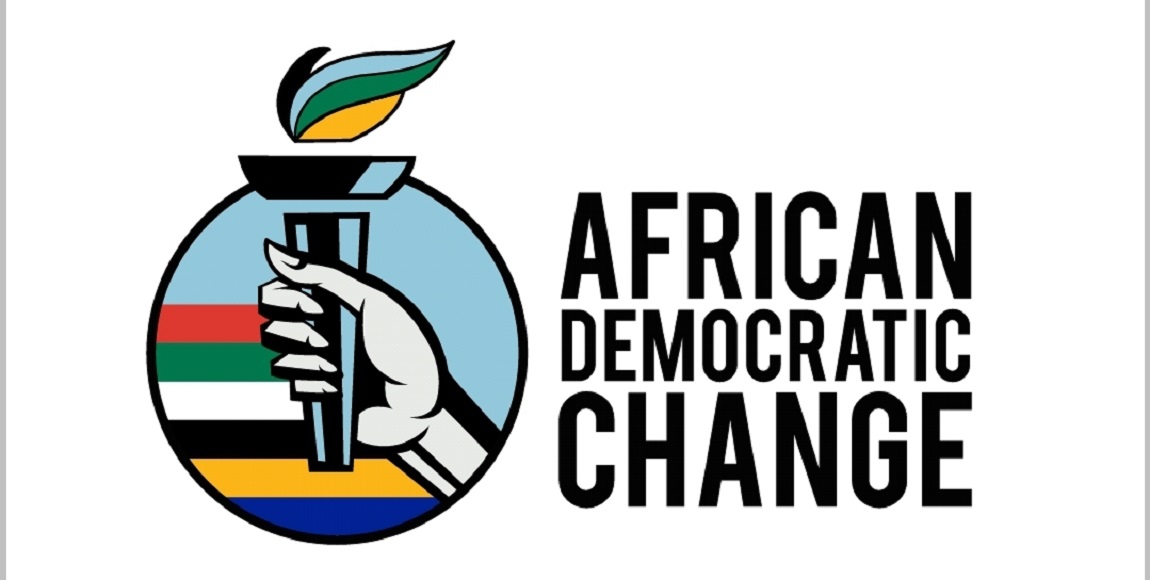 “We are not politicians, we are activists,” says founder of the African Democratic Change (ADeC) party Dr Makhosi Khoza. While politicians are motivated by power and self-interest, activists are community-based and accountable to the community they are serving, Khoza said in an interview with The Daily Vox.

South African politics is still stuck on ideology while the world has moved, Khoza said. “Politics is not necessarily about ideology. The citizen matters. People don’t need ideas, people can’t thrive on ideas. People can thrive on our ability to adapt to change, hence we are calling ourselves democratic change. We are saying the change we are looking for is the change that will bring people onboard,” Khoza said.

“I established the party because of the descending social distance between the ANC and the people,” Khoza said. “The ANC was not able to transition from the underground politics of secrecy to the democratic, constitutional dispensation that requires transparency, accountability,” she added.

The final straw that led Khoza to abandon the ANC was when the ruling party showed indifference when South Africans stood up and said they no longer want former president Jacob Zuma as the president. “The ANC simply ignored the people and they had to wait for their own normal processes before they could vote him out. That is not what I fought for. The ANC I fought for declared itself as the Parliament of the people. In the Freedom Charter it says, ‘The people shall govern’,” Khoza said. While the ANC has fulfilled its mission of achieving the franchise for the black African majority, Khoza says she sensed that it was beginning to destroy what it fought for.

Khoza’s own history within the ADeC has been rocky, after an intense battle of control of the party. Last year, a faction within the ADeC called for Khoza to be suspended. While Khoza was not formally suspended from the party, she did take a brief break from politics. But Khoza is back now.

ADeC: non-racialism and the economy

The ADeC believes in non-racialism. “We can’t keep on dividing people based on racial lines even though we come from a racialised past. It’s not going to help us as leaders because our very Constitution talks about non-racialism,” Khoza said.

The ADeC is also proposing an alternative to Broad-based Black Economic Empowerment (BEE). This alternative is the universal wage.

The key message from ADeC is that the party is advocating for a universal wage of a minimum of R2000 across the board, Khoza said. “Right now, even McDonald’s is using robots. If we say jobs, where are those jobs going to come from if we the economy has moved on to robotics and the digital economy?” Khoza said. The ADeC wants to roll out the R2000 universal wage to the unemployed.

Given how costly it is to keep prisoners behind bars, ADeC is proposing the universal wage starting with the unemployed. “The majority of the people in our prisons are not your hardcaore criminals, they get into crime because they are hungry,” Khoza said. A universal wage will alleviate crime and give people dignity, she said.

Free education, with an acknowledgment of black tax

The ADeC supports free, quality, and decolonised education, Khoza said. The idea of the universal wage, Khoza says, acknowledges that the majority of the population is not in the position of affording higher education. “Not only are we saying free education, especially for those earning less than R600 000 per annum, we are also saying take into account that black Africans have black tax,” Khoza said. ADeC will focus on black tax as well.

“There is no doubt in South Africa that we need land redress,” Khoza said. However, ADeC holds that land redistribution cannot take place in the absence of an education on how to productively make use of it. “These two must go hand in hand. [Land beneficiaries] must go for training and receive resources to use the land productively,” Khoza said.

Khoza also says that we must be clear about what the land must be used for. “Land is not only about agriculture, it’s also about property development,” she said.

In an interesting turn of events leader of the Dagga Party Jeremy Acton announced, on April 2, his party’s partnership with ADeC, and how they plan to contest the upcoming May national elections. “We are very pleased to be included in their mission because they fully support the legalisation of cannabis and the promotion of the people-centred economy,” Acton said.

The ADeC has also partnered up with voices from the LGBTQI community in South Africa. “We believe it’s not for us to judge what your sexual orientation should be,” Khoza said. The party also supports women.

The ADeC was founded by a feminist

“The reason we have such problems in South Africa is because we don’t have feminist voices in parliament,” Khoza said.

Speaking about her history within the ANC, Khoza says she had supported Khwezi during the infamous rape trial in 2005. When Fezekile Kuzwayo accused former president Jacob Zuma of rape, she was demonised. “The ANC Womens League actually supported Jacob Zuma when he was accused of raping a woman, and they come and say ‘16 days of activism’,” Khoza said.

Khoza’s decision to support Khwezi meant that she was ostracised, she said. “Women who are feminists in the ANC are always ostracised. I was also ostracised and even threatened with death, comrades threatened to rape my daughter,” Khoza said.

As a rape survivor herself, Khoza says her feminism is not a matter of choice. “We need a strong and genuine voice who will represent women’s voices in parliament. We want change of policies, attitudes and exemplary leadership,” she said.

And, it seems, Khoza believes that woman is her.