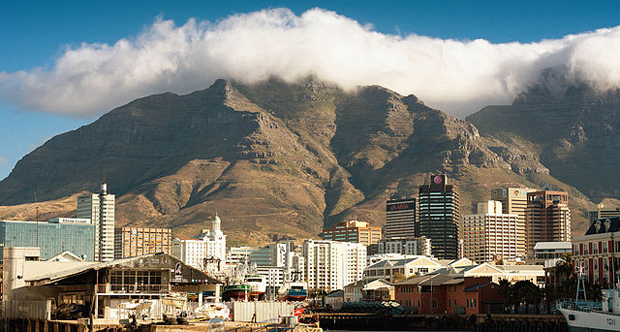 The furore over allegations of racism at the 12 Apostlesâ€™ Azure restaurant is beginning to calm down, but in its wake, some South Africans are deliberating over what constitutes racism and why their experiences of it are being denied. RAâ€™EESA PATHER reports.

The â€œquiet racismâ€ displayed at the 12 Apostles Hotel and Spaâ€™s swanky Azure restaurant led one blogger to ask â€œBut is it racism?â€ In her post, Rumbi Gorgens reflects on her own run-ins with racists and says that when she tells her white colleague about her experiences, she is made to explain why it is racism â€“ until she herself begins to question it.

â€œDo I see race too easily? Am I too quick to play the victim in situations like this?â€ Gorgens writes. â€œBut then, I realised the absurdity of it all. On the word of a white woman, who denies me my experience because she has never had it, I was denying myself my own narrative. It hit me: this is how whiteness operates.â€

In an interview with The Daily Vox, Tumi Mpofu also described how subtle acts of racism can sometimes be.

Mpofu, who was part of the family who couldnâ€™t get a booking at Azure until they got a white friend to call instead, said that overt racism â€“ such as violence or derogatory name-calling â€“ is often the only form of discrimination that white people associate with racism. Perhaps this is what makes it so easily excusable to some.

Asked for comment in the wake of the incident, the 12 Apostles Hotel and Spaâ€™s general manager, Michael Nel, dismissed the incident as â€œhuman errorâ€. Since then, some commentators have been careful not to use the word â€œracistâ€ and instead searched for substitute phrases.

â€œSometimes people make mistakes. Those mistakes are then compounded by other mistakes. And when a few more mistakes are thrown into the mix, a black gentleman and his family are left feeling rather insulted,â€ writes Kiernan for 2 Oceans Vibe.

â€œRacism at the 12 Apostles?â€ he asks in the title. But thatâ€™s the first and last time the word racism is mentioned, showing how effectively one excuse cast doubt over Mpofuâ€™s experience.

Just as Gorgens found her experiences of racism to be swept away and her mention of them considered to be â€œplaying the race cardâ€, the comments on The Daily Vox’s republication of a blog post about the 12 Apostles incident highlight how easy it is to find a way to explain that something is not racist â€“ despite experiences which say otherwise.

â€œMaybe it was a reservation and admin error, why go and blast the venue and play the race card,â€ writes commenter Gav.

Beyond the logistics of bookings, another debate emerged around the restaurant telling Mpofuâ€™s family to quieten down for the comfort of other diners. On Twitter, a heated â€œtwarâ€ broke out when a commentator defended the restaurantâ€™s right to protect â€œdecorumâ€.

@thedailyvox Whilst I absolutely do not condone racism. Some need to understand restaurants demand a sense of decorum to preserve ambience..

In a blog post, Zimbabwean Ricky Marima came to the conclusion that as a black foreigner in South Africa, he had been protected from the subtle racism that builds upon South African stereotypes and prejudices.

â€œNot having grown up with apartheid and racism I missed the inference, â€œyouâ€™re not like our blacksâ€. This is the [black foreign national] privilege. My accent and origins put these people at ease and I walked into and worked in places I probably would not have otherwise,â€ Marima writes.

Still, many South Africans are left having to justify their experiences, and at least one blogger has had enough.

â€œWhat I want, as a black person living in this city, is not to win the argument and convince everyone that it is indeed racism. What I want is to be heard when I tell these stories and not have them immediately dismissed as figments of my overactive black imagination,â€ Gorgens writes.