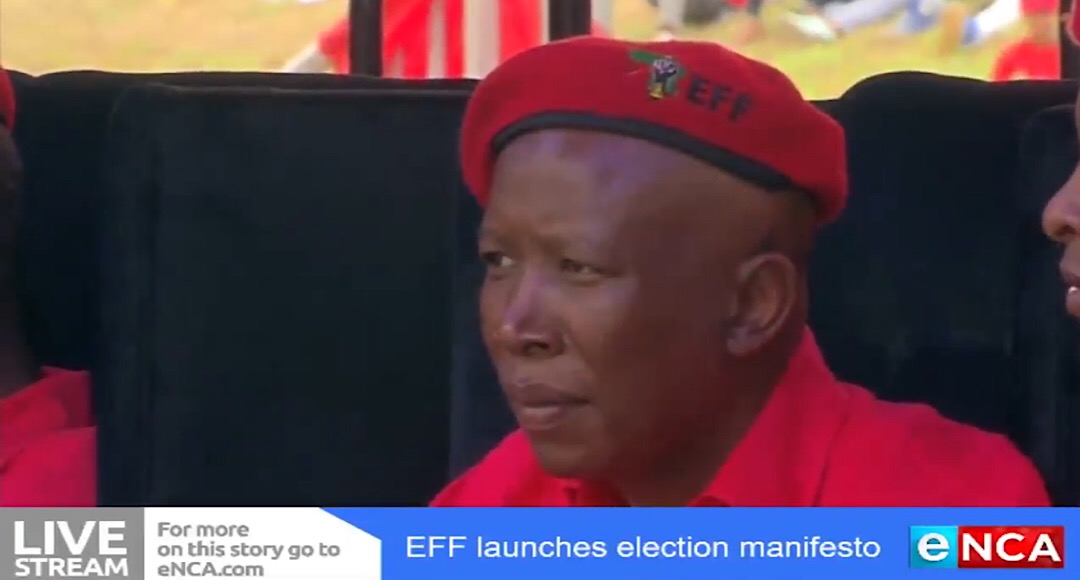 “The clarion call is clear: Our land and jobs now! Victory is certain” said Economic Freedom Fighters (EFF) leader Julius Malema said. This was in his foreword of the party’s manifesto launch.

The EFF launched its 2019 Election Manifesto on February 2 at the Giant Stadium in Soshanguve. The manifesto – the party said –  based on consultations with ordinary citizens. During December 2018, EFF ground forces held consultations around the country. They spoke to young people, people with disabilities, the queer community, and different stakeholders. The party said they gathered all of these consultations. This was used in putting together the manifesto. Speaking to the SABC, the deputy secretary general Hlengiwe Mkhaliphi said: “We are expecting the Commander in Chief to speak about corruption, unemployment especially from the youth level, education”

Just before the manifesto reveals to supporters, EFF leader Julius Malema addressed the crowds during his keynote address. He summarised the 166-page manifesto in the speech.

“Soshanguve was chosen because it is a reflection of many poor South Africans,” Malema said.

Malema used his speech to outline how the party would try to create tangible policies. The policies were in fulfilment of the party’s 7 cardinal pillars. The pillars are expropriation of land without compensation, nationalisation of mines and banks, free equality education, healthcare and houses. Additionally, the pillars are building state and government capacity, industrial development, massive investment, and accountable, corrupt-free government.