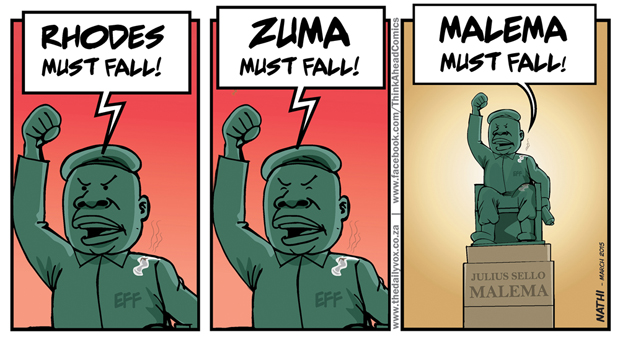 Economic Freedom Fighters commander in chief Julius Malema seems to specialise in pointing his finger at others. Heâ€™s long called for the downfall of President Jacob Zuma (conveniently forgetting that he was one of JZâ€™s biggest supporters in Polokwane in 2008) and has now hopped on theÂ #RhodesMustFallÂ bandwagon. However, as Malema knows full well due to his fall from grace in the ANCYL: itâ€™s all-too-easy to get caught up in populist calls to replace leaders or tear down statues â€“ and his own place in history isnâ€™t set in stone.