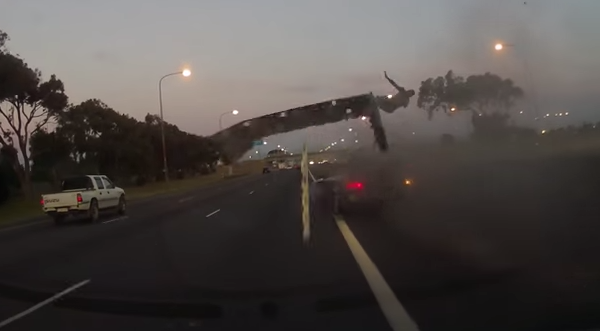 A video uploaded to YouTube at the weekend shows a person being flung from a convertible BMW after it hit a barrier on a major highway. According to the Pretoria East Record, the accident happened on the N2 near the Langa offramp in Cape Town.

The driver had attempted to nip between two cars, clipped one of them, and then smashed into the central barrier.

According to IOL, the person thrown from the vehicle was actor Thabang Sidloyi (27), from Gugulethu. Sidloyi did not survive the accident.

As we head into the holiday season, this tragic story serves as a harsh reminder of the importance driving safely and wearing a seatbelt.

A report by the Citizen states that the countryâ€™s average seat belt wearing rate for all vehicle occupants was only 56%.

Warning: This video may be upsetting to sensitive viewers