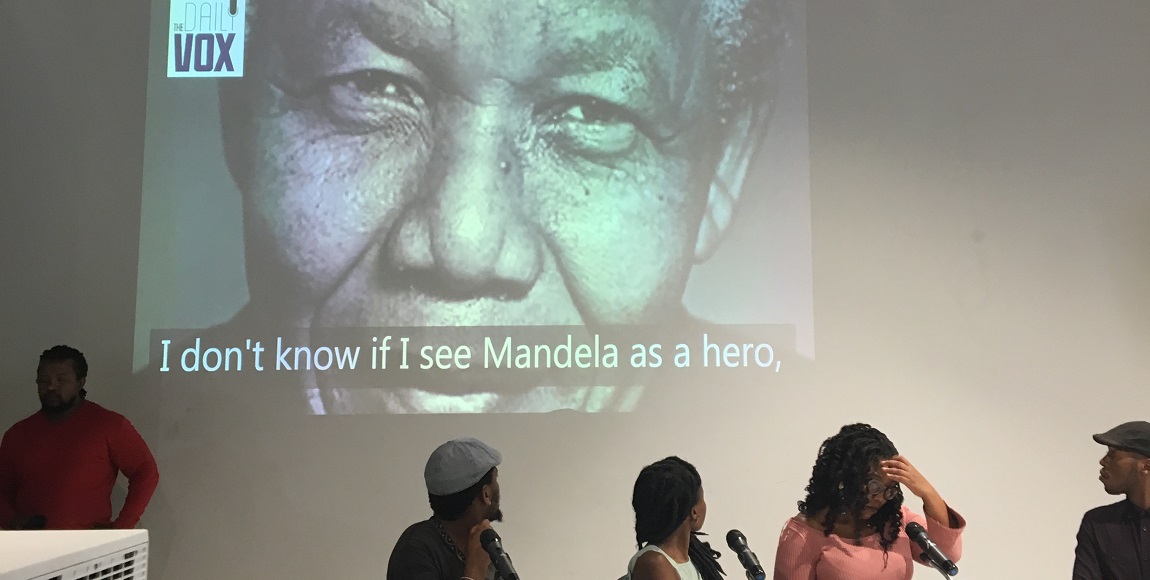 As part of the Mandela Centenary Celebrations The Daily Vox, in collaboration with Moments Entertainment, hosted a panel discussion on whether or not young people viewed struggle icon Nelson Mandela as a pan-Africanist. The panel discussion took place on 27 April at the Apartheid Museum consisting of speakers from the Pan Africanist Congress (PAC), the African Diaspora Forum (ADF), the Democratic Alliance (DA), and the National Youth Development Agency (NYDA). The Daily Vox spoke to some of the audience members who were present to find out what they had learnt from the discussion. I have to say the one thing that stood out for me from this discussion is that young people are very opinionated. They are very vocal about how they feel about issues that affect them too. I learnt that people still need to have more discussions in relation to pan-Africanism, more people really need to be given this platform. What I also learnt is that, as much as we think pan-Africanism exists within or amongst us, it is not viewed in that way by people. Some people still feel that we are not as inclusive as we should be, especially when it comes to our brothers and sisters from outside the country. Pan-Africanism talks really need to happen more often so that they could help us assess ourselves too. If there is anything that I learnt from this discussion is that our path to liberation is quite a complex one and our history as Africans is also complex. We have a role to defend our identity as Africans and to defend who we really are. As the slogan says, ‘a luta continua’, the struggle continues and we have to adapt to that and we have to come up with strategies. For a very long time in the movement there has always been a saying that ‘Mayibuye i-Afrika’ (Africa must come back to those who it belongs to), and what I gathered at the discussion is the importance of the continent coming back to its rightful owners. I really learnt a lot from the panel discussion, like for instance there is quite a huge chunk of people who are still holding on ignorant points of view. One such ignorant point of view was that Nelson Mandela was a pan-Africanist. I believe that he was not. He had no radical standpoint, unlike the Pan Africanist Congress. Him and his patriots in the African National Congress did not speak to the powers that were in charge and did not express their discomforts with them. Him and patriots distanced themselves from such actions; we sought to speak to the dignity of black people.

Attendees disagreed with some panelists who argued that all those who live in Africa should identify as pan-Africanists, saying that this cannot be possible. Every African (the indigenous people of this content) should identify pan-Africanist because you are African first before anything else. Those who have been dispossessed of their land by colonialist should be the only ones identifying as pan-Africanists and no one else. A pan-Africanist is someone who embodies the ideals of the African people, and the African people outside of the continent and descendants of colonial settlers do not embody any of that.

You can watch the full panel discussion below