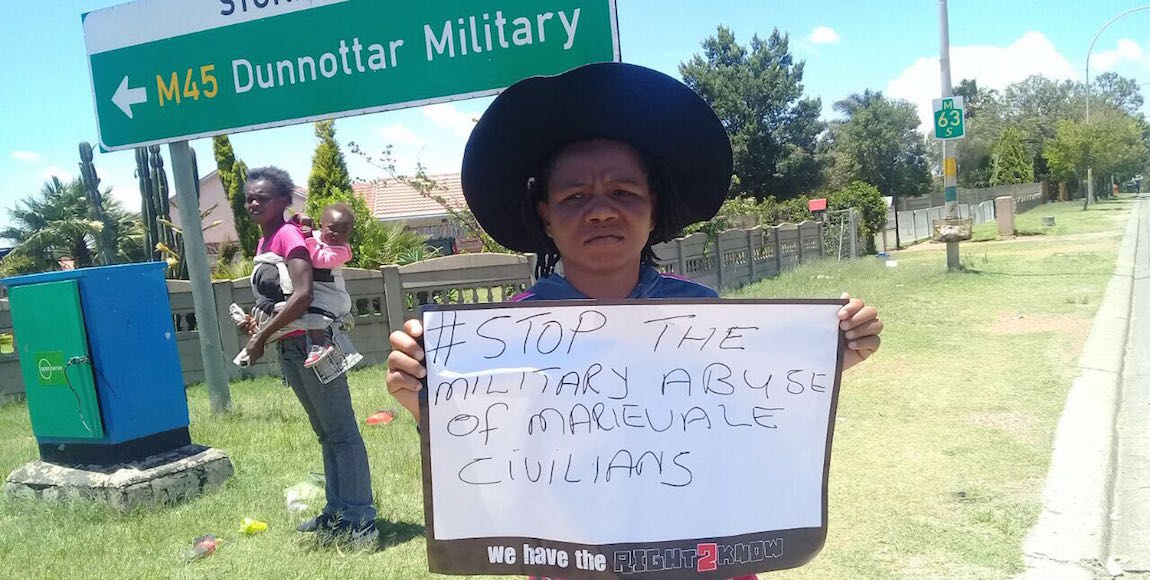 On Thursday, 3 May, members of a Marievale community, a community of approximately 600 people (150 families), approached the Pretoria High Court seeking the court’s protection of their housing rights and protection from moves to evict them by the South African National Defense Force (SANDF). These community members’ experiences, which are detailed in over 70 affidavits filed in the court application, appear to be representative of the views of many Marievale residents. This is not the first time that members of the community have had to approach a court for protection from the SANDF.

Previously, a smaller group of Marievale residents successfully approached the Johannesburg High Court. The Court issued an interdict, instructing the military to:

The SANDF is attempting to appeal this order to the Supreme Court of Appeal (SCA). The Johannesburg High Court’s order is constitutionally required to be implemented until the appeal is concluded. The Daily Vox has reported extensively on the painful process that led up to this order, including on serious allegations of unlawful arrests, threats, and serious ill treatment including assault by the police and military.

Forced evictions are the permanent or temporary removal against the will of persons “without the provision of, and access to, appropriate forms of legal or other protection”. They are prohibited under international law, including the International Covenant on Economic, Social and Cultural Rights (ICESCR) to which South Africa is a party. They are similarly prohibited under the South African Constitution. The Constitutional Court has described them as a “shock for any family, the more so for one that has established itself on a site that has become its familiar habitat”. Many of the Marievale residents had been living on the military base from which they were evicted for 10 to 20 years.

What are the Marievale residents’ asking the Pretoria High Court for?

The case heard last week by the Pretoria High Court is separate to the SANDF’s interdict appeal to the SCA, though the residents do argue that the military is acting in willful contempt of court orders of the Johannesburg High Court. This, they say, is because the military has failed to restore their possession of their homes from which they were evicted on 25 November 2017 and soldiers continue to threaten and intimidate residents.

Relying on a constitutionally informed interpretation of a common law remedy, the residents therefore ask the court to order the restoration of their peaceful and undisturbed possession of their homes. If the SANDF wants to evict them, so the residents argue, it must follow due process and respect the rule of law by initiating an eviction application in terms of the Prevention of Illegal Eviction from and Unlawful Occupation of Land Act (PIE).

Many of the residents say their case is urgent. They do not want to live under the constant threat of intimidation and harassment. They fear the piercing chill of winter in Gauteng is fast approaching and that it will be difficult to endure it in informal shacks without access to electricity, running water or sanitation services. Despite the SANDF’s attempts to deny the case’s urgency, the presiding judge explicitly indicated that he accepts that the case is urgent because of the dire conditions faced by the residents.

Were the residents evicted?

The SANDF told the court that none of the residents were evicted from their homes. It suggests that the same residents who immediately went to court for interdicts and tirelessly continue to attempt to restore possession of their homes left these homes of their own volition.

The judge himself described this position as “highly implausible” given the written, video and photo evidence of the evictions presented to the court. The residents have presented evidence that they were literally evicted at gunpoint.

Are residents still being harassed and intimidated?

The SANDF told the court that none of the residents have been threatened, harassed or intimidated. This implies that the over 70 affidavits presented to the court by residents describing such intimidation in graphic detail are fabrications. Their affidavits make for a harrowing read.

A disabled woman resident describes painfully how “the army terrorised us”, concluding “I was so traumatised I collapsed”. Not only were residents scared for their own lives but feared too for the safety of their children who were directly physically threatened by soldiers. One elderly resident expresses the distressing trauma caused to her grandchildren “I was deeply shocked by the whole ordeal, especially since my grandchildren, who were with me were visibly terrified”.

In addition to threats, residents were also assaulted. One woman describes such an assault: “when the soldiers came to my house they assaulted me with a rifle and pushed me against the wall where they threatened me, leaving me with bruises and scratch marks on my hands and body which was very sore”.

The soldiers’ behavior was allegedly overtly intimidating throughout the eviction. One resident recalls “some of the soldiers reeked of alcohol and was deeply aggressive”. Several residents complain about soldiers not allowing them to even remove all of their possessions from their homes. One resident notes distraughtly “the soldiers also refused to allow me to take my pets with me”. Yet another says “I was forced to leave my chickens and geese there”, and a final resident indicated that “the soldiers also threatened to shoot my dogs”.

Are the residents currently homeless?

The SANDF told the court that none of the residents are homeless and that all of them are currently enjoying “alternative accommodation”. The alternative accommodation the SANDF refers to are rudimentary shacks that the residents have erected without any assistance from the SANDF or local municipality, which, irrespective of the lawfulness of the evictions themselves, appears to constitute a violation the right to adequate housing.

According to the residents the conditions are “unbearable” but they have “no place to go and are forced to live in squalor in an informal settlement next to the Marievale military base with no water, sanitation and electricity services”.

Is restoration of the residents’ homes impossible?

The SANDF told the court that it is in any event now “impossible” for the residents to be returned to their homes because many of the homes “have been vandalised by civilians” and some of the properties do not have access to electricity and water. Other housing on the base that is in good condition, it says, has “already [been] allocated to members of the SANDF”.

The residents deny the impossibility of restoration and claim that any such impossibility is of the SANDF’s own creation in defiance of the orders of the Johannesburg High Court. If restoration is impossible, the residents have asked the court to order that they are compensated with R1 500 per month each so that they will be able to afford to rent suitable alternative accommodation in the vicinity of their homes.

Does the case raise constitutional issues?

In its court papers, the SANDF contends “there [are] no real constitutional rights or issues that the applicants [want] to protect”. This pleading is patently erroneous. It therefore asks for a punitive costs award against the residents and their pro-bono lawyers, Lawyers for Human Rights.

It is this submission that is perhaps the most telling of all. Commenting on the lawfulness of the evictions in the face of the residents’ constitutional rights, the SANDF’s spokesperson previously told The Daily Vox “Constitution or no Constitution… the Department of Defence and the military is exercising its right to ensure that a military base remains a military base”. In the residents’ court papers one resident says that when she requested the soldiers produce a court order authorizing her eviction, she was told “the Constitution does not apply to the army”.

Last week the SANDF’s lawyers merely repeated in open court the attitude of the SANDF’s spokesperson and soldiers towards the Constitution: that it does not apply to them, that they are above the country’s supreme law.

This is, as is explained in full here, simply incorrect. The Constitution and international law, including the ICESCR, clearly protects the residents’ rights to not be evicted from their homes without a court order. It requires the military to respect, protect, promote, and fulfill this right. Moreover, the military is bound by the Constitution, and the limited and exceptional instances in which the military may lawfully participate in evictions do not apply in these circumstances.

The SANDF’s position is a direct attack on the rule of law which a founding value of the South Africa’s Constitution and firm standard to which South Africa is bound under international law.

At the end of the hearing the judge reserved judgment. He noted that in order to allow him time to formulate a reasoned judgment and order, he would need time to consider the arguments made before him. He indicated that he would deliver a judgment at the Pretoria High Court on Wednesday 9 May.

Tim Fish Hodgson is a Legal Adviser for the International Commission of Jurists based in Johannesburg, South Africa. He tweets from @TimFish42. 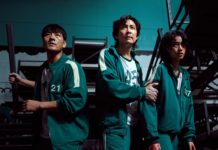 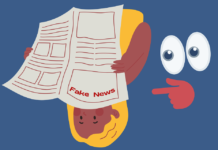