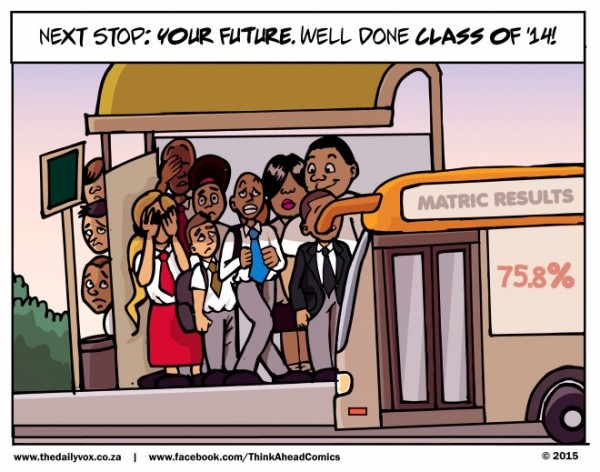 And so, the matric results are finally here, having been announced by Department of Basic Education Minister Angie Motshekga on Monday.

The class of 2014 achieved a 75.8% pass rate, a 2.4 percentage point drop from last year’s 78.5%. Gauteng was the best-performing province, with four of the five highest-performing districts.

Be that as it may, matric is over, results are out and kids, the bus to your future has arrived!

Congratulations from the Daily Vox team.