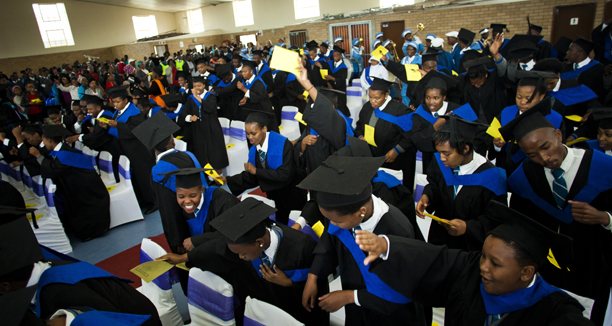 Educator EBRAHIM ESSA reflects on the so-called good old days of the education systems and questions if they ever actually existed. Whether under colonialism, apartheid, or post-apartheid, critical thinking has never been a strong suit of our education system.

As always, when the matric results come out, much will be said about the present state of our education system. Statistics and counter-statistics triumphed only by mass suicides and homicides over results designed to shape one’s future will fly in everyone’s face.

By no means it this a laughing matter.

When the matric hysteria has passed, the conversation for the next few months will revolve around “today’s education” vs “the good old days”. Older educators will bemoan the state of our education and its natural devolution. This nostalgic trip recurs annually.

I often think that looking back to the past is important, but can be a little unfair. Also, no one ever asks when and what these “good old days” comprised exactly?

So let’s for once, assume, they mean between 1930 and 1980, when colonialism, first, and apartheid, second, were still nice and shiny.

When we compare today to then what would you say to the following questions?
* Haven’t learners become more frivolous, less committed, easily
distracted than previously?
* Haven’t educators increasingly become less dedicated, less
disciplined, less serious?
*Haven’t exam standards dropped?
*Do we not have far more holidays now than ever before?
*Have we become a society of spoon-feeders?
*Has the educator-student relationship not become an abusive one?

So, your answer to all of these questions is a resounding “yes”, right? Education has certainly hit the pits, recently, eh? Give yourself a distinction then, for nodding.

But to conclude that “those” days are better seems to be rather misleading. Is it really a situation where overnight, we all suddenly awoke from an ideal system to a new set-up run by muppets? And considering our political history, is it not far easier to issue a complaint than explore the context?

And so let me narrate a short story:

When I entered this teaching “industry” in 1984, I was already 35 years of age, having resigned from a fairly well-paid, but grossly uninspiring position as an engineering technician. (I was, therefore, fortunate not to have become a teacher directly, as many do, straight from high school.)

At the University of Durban Westville, (now the Westville campus of the University of KZN) when I enrolled to do the Higher Diploma in Education (UHDE), I was thrilled to learn of exciting methods we were being trained to take to the classroom.

For instance, in mathematics and physical science, our professors instilled in us the powerful idea of asking questions and encouraging learners to follow suit. “What is a fact?” was a common question we student teachers were repeatedly asked. And the surprising answer, even in the universally strict disciplines of mathematics and science, was: there are no facts, just opinions.

In the philosophy of education, we were taught, that, historically, the ancient Greeks, (be it Plato, Socrates or Verwoerd) encouraged a system of education where young children ought to be taught in an open field, in the midst of nature. The idea was to learn by experience, where contact with the elements was vital, formal examinations plain silly, and introspection and deep thought on the ways of the world were the priority.

I remember, in the subject English Usage at UDW, the regular adage used at the beginning of our lecture was “the medium is the message”. The class often ended with the wicked suggestion of “go out there and subvert the system”.

Having last been to school as a scholar, in 1964, I could not recall if any of these challenging ideas had been applied by my teachers during my own schooldays. Probably not, else I might have remembered. Nevertheless, I was naturally excited by the concept, and could not wait to implement some these ideas “out there” when I finally qualified.

No awards, no prizes, no certificates, for imagining my sheer disappointment, when I left the then still shiny, pearly towers of UDW, on top of Varsity Drive, and reached planet Earth as a student-teacher. I discovered that none of these high and mighty tenets taught in my UHDE were being transferred, either by inexperienced student-teachers like me, or by seasoned, experienced educators, to the classroom.

Granted, all teachers, young and old, knew how to do their “preps”; transfer information from notebook, or brain, onto the chalkboard; use an overhead projector; set exam papers, mark, and moderate scripts; set up laboratory practicals; go on playground duty, do extracurricular activities; pretend to be listening; and keep awake at staff meetings but that is where it ended.

Where did this “questioning of facts” disappear? Where was “critical thinking”? Where was “don’t just answer the questions, but question the answers?”

Why was nobody challenging the “Education Department” (aka “The Authoritarian Regime”) for constantly and continuously making unrealistic demands on teachers who were being worked to the bone with tonnes of mundane tasks that made scope for stopping, pausing, and real thinking in class, practically impossible?

I was, and have always been, thoroughly disappointed.

And come matric results every year, I feel for the matriculants who must now enter a world judged by a collection of libtard, robotic teachers who taught them mostly meaningless concepts for the better part of 12 years.

Forget about “the good old days” the litany of meaningless tasks, tests, and exams that existed then they were as meaningless as they are today. Besides, is it not the remnants of the alumni of the “good old days” leading us today? And just how far they have taken us?

Also, is perceived “secular” education, really much different from “religious schooling”? The fine line is: whereas the former discourages critical questioning completely, the latter only bans it.

I could not understand it then, and still battle to now.

Perhaps it suits people in power to churn out an assembly line of robotic, obedient, unchallenging zombies, to extend their own sell-by date to the maximum. Perhaps it’s just the way “education” has to be in trying to create more consumers, more productive participants.

But often I have wondered about our education and thought of its unfortunate irrelevance in failing to make us better versions of ourselves; in helping us create safer, more sustainable societies that treat each other with respect and equality. I am still searching.

The matric results have come out.

There will be those among you – ecstatic – brimming with distinctions. Congrats to you.

There will be those among you – disappointed, hurt, humiliated. Still, congrats for making it this far also. Unwittingly and without any control, you’ve wasted enough time trailing the lives of others.

Either way, wherever you are placed since completing your schooling, your education only really starts now.

– ES Essa is a physical-science educator based in Durban. He is currently completing his first book, titled “Waterfall”, a satirical take on growing up in apartheid South Africa.