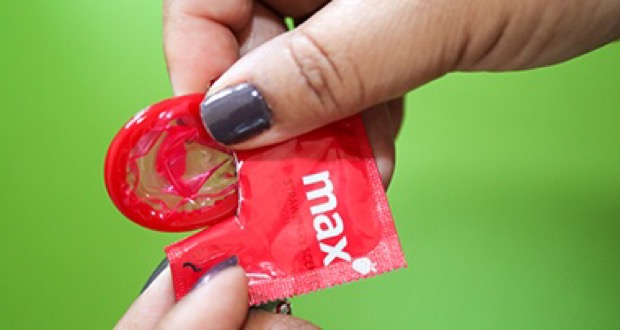 After Deputy President Cyril Ramaphosa presented the Max Condom in ParliamentÂ last weekÂ – a newish brand of government-issued condoms, which come in a variety of flavours and are designed to be less noisy – we went out to find what people thought about the national â€œbirds and the beesâ€ conversation.

What do you think about the new Choice Max condom?

â€œI like the apple flavour. I think itâ€™s brilliant. I like the humour in them. If youâ€™re going to give these things to the young masses they must be trendy. That was real advertising for real people.â€ â€“ Dr Web Blaine, physicist

â€œThis is just another marketing strategy for the government. Itâ€™s just about branding. Iâ€™ve seen those condoms around. They have been around for a while now.â€ – Lerato Sekele, performer

â€œI have a problem with the name, I like the idea of choice. Max is a manâ€™s name. I donâ€™t know whether it’s sexist deliberately or accidently.â€ – Sally Pooler, architect

â€œWe forget that condoms are incredibly important. We have new HIV infections weekly. The reason why the statistics are through the roof is because 70% of men donâ€™t test. Part of the problem is the power dynamic when it comes to condom negotiation because the guy has to put the damn thing on. Tampons and pads are important – but so too are condoms.â€ â€“ Namlha Xaba, student

What did you think of Choice condoms before the upgrade?

â€œThe old Choice condom was proven to be quite safe. They could make them ribbed or studded but all-in-all Iâ€™ve always thought Choice condoms were just fine.” – Namhla Xaba

â€œThey were functional but they lacked class and style.â€ – Dr Web Blaine

â€œWas the announcement about safety or was it about a matter that we know the government hasnâ€™t addressed effectively? Will glossing that with a sexy product make the government look good?” – Sinenhle Mgoma, performer

Is the decision to upgrade Choice condoms one of national priority?

â€œWithout a shadow of a doubt. The moment we hear â€˜HIVâ€™ we just want to close our ears. The crisis is not going away because we have not prioritised it as a national agenda. After the post-1994 Nkosi Johnson era we all had HIV fatigue. Itâ€™s not going to go away. HIV is definitely part of our lives.â€ â€“ Namhla Xaba

â€œDonâ€™t we have a whole Ministry of Health with nurses and social workers who have been doing the work?â€ – Sinehle Mgoma

â€œThere are bigger priorities chief. I would like to have free sanitary pads every month. What happened to free health care? Some women have to pay government hospitals to give birth.â€ – Lerato Sekele.

â€œA single mother of any colour is at the bottom of the social heap. I know what itâ€™s like to have a 14-year-old daughter fall pregnant and the ongoing problems with that unwanted child.â€ – Dr Web Blaine.

Do you think that young people will be encouraged to use condoms now that they are flavoured and make less awkward noises?

â€œYoung people like flesh to flesh and thatâ€™s the truth. Some of us use contraceptives. And that doesnâ€™t mean anything because I can still get HIV from my partner. I donâ€™t know what he does in other spaces or outside our relationshipâ€ – Lerato Sekele.

â€œWhether people use condoms or not has to do with intimacy and sex. We know that the condom disappears after two months, thatâ€™s the nature of relationships. Make testing a part of the routine. If it ends up as a positive result, then itâ€™s not the end of the world. There is no need for HIV to be spreading the way that it is.â€ – Namhla Xaba

â€œYou should use condoms in many ways. You should use them for balloons at parties which will destigmatise them. You just fill them up with helium. I used to put two on in my youth because it stops you from having an orgasm too early. Youâ€™re very sensitive at that age.” – Dr Web Blaine

How appropriate was the parliamentary announcement of the condoms?

â€œIt was a presentation issue. They are lollipop flavours that come in different colours. And it’s called Max. Thatâ€™s poor branding. It did nothing to convey the gravitas, it actually cheapens it. Is it really that difficult to sell the product differently?â€- Sally Pooler

â€œItâ€™s not important to me but I think it will help those people who are affected by the issues of HIV and AIDS. Maybe they had a parent or grandparent affected by this disease and they want to make sure that they are protected against it.â€ – Owen Rathipal, student

â€œThe issues about procreation and sex are all issues that should be discussed and demystified at every level.â€ – Sally Pooler

â€œIt was a phallic demonstration at a time when a lot of people needed a lot of answers. The conversation has to happen. Even if it was a scapegoat on the part of the government, they chose an important one.” – Namhla Xaba

â€œThat announcement about condoms could have been made elsewhere. I laughed when I saw that clip.â€ – Lerato Sekele

â€œThey couldnâ€™t have gotten Zuma to do it. He is a laughing stock on the matters of womanâ€™s rights and sexual health.â€ – Nicola Irving, architect