Twitter went crazy late on Thursday evening when Minister of Sports and Recreation Fikile Mbalula tweeted a picture of a lingerie-clad woman in a very compromising position. While some speculated that Mbaks was hacked, others were adamant that he just forgot to lock his screen and had accidentally tweeted the picture from his camera roll.

Waiting for Fikile Mbalula to tell us he was “hacked”

Soon after, he sent out a tweet stating that his account had been hacked and that he was not the one who posted the picture. But the damage had already been done, and the screenshots already taken.

That wasnâ€™t the worst of it though â€“ that was just when the drama began. Twitter user @FisoMsimang, who describes himself in his bio as â€œanarchist, cynic, misanthrope and woefully uneducatedâ€ sent out a series of tweets claiming that the pictures were of the woman he was with, Mandisa, and angrily wondered why the minister had them. Could he not have asked why Fikile has the nudes and not mention her name and add 2 more of here nudes onto the internet?

And wondered, where was Mbalulaâ€™s spokesperson (and the person who allegedly runs his social media accounts) Esethu Hasane, and where on earth was the damage control?

Someone needs to wake Esethu up pic.twitter.com/3cnRHaxrCD

Mbaks is usually known to be in control and tech-savvy when it comes to his online presence â€“ but perhaps itâ€™s time for him to take a bit of a break from social media if his blunder is true.

But Hasane is pushing the â€œhackedâ€ story, and â€˜Fleekileâ€™ is sticking to it.

When they hack your account but your Fleekness is beyond their wicked ways – – –#hackersMustFall pic.twitter.com/a9bAyAsYLR

Files Twitter was wide awake though, as Sizwe Dhlomo pointed out that the image originally appeared on a Nigerian website – “Mandisa” is actually Maheeda.

Aside from a generous dose of coconut oil to fix it all, this tweep captured what South Africa needs to do immediately to recover:

But on Friday morning, the country’s sharpest puppet admitted that it was him.

Editor’s notes: We cropped @FisoMsimang’s tweets because one image was more than enough. The story has also been updated. 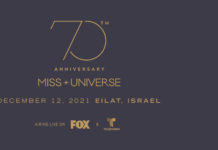