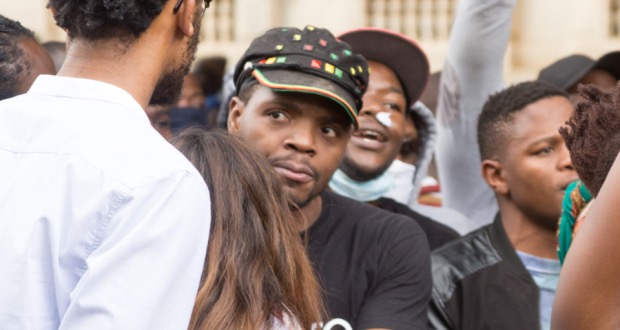 Former Wits SRC president and Fees Must Fall leader Mcebo Dlamini said on Wednesday morning that he has been arrested again, and implicated the ANC in his arrest. Dlamini is an ANC member but has been vocal about the removal of the entire ANC leadership.

Dlamini was set to speak on SAFM show AM Live just after 8am on Wednesday morning, when he told a producer in an SMS that he would no longer be able to make the interview as he had been arrested again.

â€œI am arrested again. As to why I don’t know. I will talk to you once my legal team has arrived to take me out. ANC is playing dirty tricks,â€ he said in the SMS. Dlamini is currently out on bail, with his trial for charges of public violence and theft having been postponed on Wednesday to June 2017.

Dlaminiâ€™s lawyer, advocate Dali Mpofu, could not confirm the arrest. The Daily Vox spoke to Gauteng SAPS spokesperson Sally de Beer, who denied that Dlamini had been arrested.

“Gauteng police have advised me they have no such arrest on their books,” she said, but added that police are investigating “to get to the bottom of” the reports.