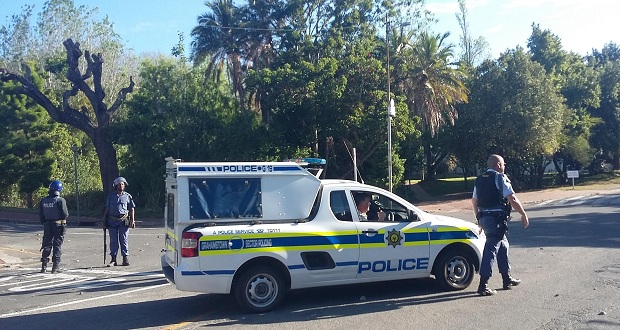 Democracies depend on the flow of information to the public. Every dystopian novel ever written has the censorship of information catalyse an eventual degradation of liberty and justice. Earlier this year, when SABC COO Hlaudi Motsoeneng made the decision to censor footage that showed destruction of property, South Africa was outraged. It seemed inconceivable that a national broadcasting corporation could stop showing the public what was going on in their country.

Court cases and protests by civil society and journalists from various media organisations quickly put an end to the SABC censorship. However, censorship of the media is a continuing, and worrying, problem in South Africa. During this yearâ€™s revival of the #FeesMustFall campaign, journalists reporting at universities all over the country were victim to police brutality, student intimidation and other obstacles preventing them from doing their jobs.

It is distressing that this is so widespread, and puts the nature of our already vulnerable democracy in an increasingly precarious position.

Our reporter @RumanaAkoob has just been teargassed for the second time today. She says that this time, it appears that media was targeted.

Fellow journo @kaveels has been arrested at #UKZN Westville, allegedly for recording video during a clash between police and students. pic.twitter.com/5WKH5Dyqcp

At the university currently known as Rhodes (UCKAR), student journalists have faced intimidation and threats from both protesting students and the police in recent weeks. The university has one of the best journalism schools in the country and two student media organisations, therefore, many student reporters have been covering the protests since the middle of September. Student journalists from Oppidan Press and ActivateOnline have been prevented from tweeting, taking photographs and videos and attending student meetings in their journalistic capacity. This amounts to media censorship, as reporters have been asked to only cover specific events or incidents.

Student leaders have even told student media that they â€œwill let them know when they need usâ€, as though student press only covers one narrative. Police officers have repeatedly ordered reporters to take photographs of the student protesters instead of the police. It is incredibly dangerous that this entitlement and control of the media is so prevalent at the university.

Student media have also been repeatedly harassed and targeted by the police on campus. Despite wearing media identification, alerting the police and staying on the periphery of action, we as reporters have been shot at, teargassed, and arrested. Many student journalists have been told that being journalists doesnâ€™t mean anything to the police, and have even been forced off campus to block coverage. When university management and police authorities were made aware of this, we were simply told to stay out the officerâ€™s way or lay charges with the Independent Police Investigative Directorate.

The complete lack of accountability and responsibility with regard to media freedom is terrifying. If journalists canâ€™t expect protection, the truth must have very little value.

Our reporter at #UCKAR says she was deliberately shot at w/ rubber bullets for documenting police activity. Told “you have no business here”

@oppidanpress journalists were again threatened and told if found on upper campus they would be shot. Were ridiculed and removed #UCKAR

A student journalist from ActivateOnline was arrested on 25 October, despite wearing a press badge and identifying himself. He was charged with public violence, and placed in a police van by the same officer who had threatened to arrest him a few days before. The entire event is very suspicious, and has set a precedent for any reporter to face arrest. We have no protection, it seems, and this incident is not isolated to UCKAR.

One of our reporters is currently being held by SAPS officers in lower campus. #UCKAR

South Africa is in trouble. Besides the State Capture Report showing that our democracy is really a kleptocracy, it seems that media freedom isnâ€™t taken seriously enough by our non-Chapter Nine public protectors, or even our students. Preventing journalists from reporting destroys every existing democratic value. When the truth is corrupted, censored and manipulated, there is nothing for us to hold on to.