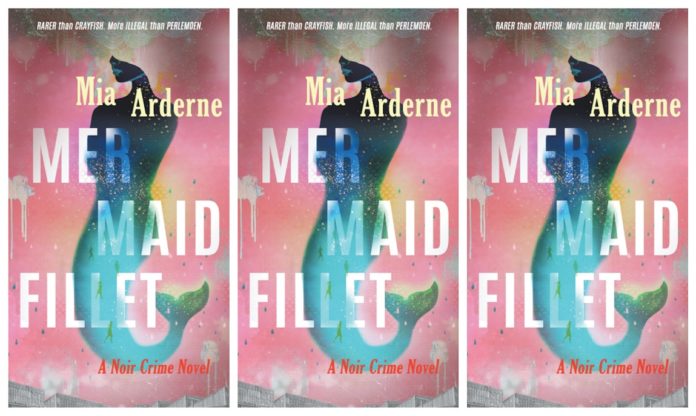 In one sentence what is this book about?

Where did the journey of writing this book begin for you?

I have always liked magic realism. I used to read so much magic realism from authors like Isabelle Allende and Andre Brink’s Duiwelskloof. Magic realism has always been a genre that has appealed to me. Also in my art that I paint, I always focus on the abstract. I have always been drawn to it. I can’t pinpoint the exact start date. But some of the passages go as far back as childhood. I wrote some of the paragraphs back then, that I re-worked and edited on and off. I only started writing this as a cohesive piece when I was approached by my publisher.

How did you feel about being approached to write a novel?

Bra, I couldn’t believe it. It was like a dream I had years ago. I wasn’t trying to write anymore. I was working for Marie-Claire. I was feeling defeated in general. I wasn’t even thinking about writing a book at all anymore. I used to try to write, and it was my goal. But my writing had been rejected before. I had no such ambitions before. So I was completely shocked at being approached, then thrilled, then oh no I have to write a book now.

Mermaid tails was referencing the illegal trade of Perlemoen, tell us more?

Yes definitely, it’s an underworld commodity like perlemoen or like crayfish is becoming. There are some other things, like it represents this appetite for aspirations. The characters crave, and particularly BangGat  the impossible, the best of the best, and are in pursuit of this unattainable thing. Furthermore mermaid becomes a symbol for my character’s depression. For those who do suffer from depression you fall into this paralysis. Where you can’t move off of your mattress, or your car seat. They start dipping in and out of sleep. Not moving until their legs splice together like the mermaid’s tail. Then that becomes a whole descent.

Is mental illness a major theme?

Probably, ja. Mental illness is a major theme because most of my characters struggle with it in one form or another. Alcoholism could even be argued to be a mental illness. Addiction is technically classified as mental illness. Then with anxiety and depression with Michaela and Waleed it does play out, along with PTSD. It is displayed throughout the book.

We have the magical elements, what other realistic themes do you delve into?

Apart from the mental illness stuff  that I was working through anyway, there was trauma and stagnating in unfulfilling jobs that I was also trying to put across. Then there was also the real life vs social media stuff. You have your thoughts, internal monologues and dialogues and how you are actually. Then there is what you curate and put out to the world,whether it is social media or how you interact with people. Those two worlds being totally different. I tried to explore that disparity. It helped me to develop the types. Types can easily become tropes, and I wasn’t trying to do that either. Tropes can be problematic. But at the same time types can be indicative of a whole bunch of things. I know a bunch of Genuine Ou’s and Malnaai’s , and they all share similar characteristics . Those commonalities can be relatable,and often redeemable. That’s why I went with the types and the names. A malnaai is not a malnaai for no reason, a tief is not a tief for no reason.

What parts of you are in this book?

So there is alot of me in the characters. I relate to them for different reasons. My depression is just packed in Waleed. That was the easiest shit to write because that is my day to day. Then Laetitia –  that childhood shit was kak hard to write. So I sukkel with her, but in that sense she is probably the closest to me. So I am also hugely biased toward her. I think the character I relate to the most is Isaac; because Isaac is a malnaai. He was the easiest to write. In many ways he is most like me. He drinks way too much, possibly to the detriment of his relationships. He uses substances to manage his trauma, he is bisexual and has a complicated relationship with God. He also has this relentless urge for violence.

Any other influences we have not read about yet?

I think what I had not said before was many of my influences were family members. People I know and interact with that I have Sunday lunches with. That I go to 50th parties in halls with. I drew from so many individuals I love and know. Some individuals that I hate and know. Seeing people in an online space writing in their own voice, and seeing that online was also hugely influential for me. It is only after seeing that shit, that you think Fuck man I can also do that. It is ok to do that.

My editor was incredible. I was edited quite a bit. There was an external reader that gave commentary. My editor Stevlyn Vermeulen from Kwela Fiction Did a lot of editing as well. Editing is never an easy process, but it’s so important.  Your editors protect you from yourself. I wrote a lot of it deep in my feelings bra. You can lose track of timelines and shit. Don’t write drunk. The whole editorial process is so important. This was a very collaborative process.

How has your family responded to Mermaid Fillet?

There are many dark, lived experience shit in the book my mom would recognise. There are sex scenes in the book I really dont want anybody related to me reading – so that is awkward and I was nervous about letting them read it. It is not for people offended by swearing, sex and gratutious violence. It was awkward at first, but they are kak supportive. They have always been. My childhood neighbour bought it already and he wanted me to sign it. I was apologising for the swearing he was going to read. My granny too. I told her upfront I use the word poes in the first line. My mom approached me too about some more colourful language use.

When is the launch?

Mermaid Fillet will be launched on 16th of September at 18h00. It is a virtual event on Exclusive Books Facebook Live platform. It will be posted on social media. Mia Arderne will be in conversation online with Kim Windvogel. The book is available to purchase on https://mermaidfillet.com/ And you can catch Mia on Instagram @mia_arderne