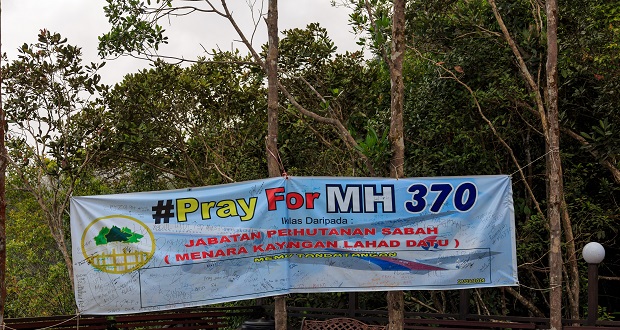 On Tuesday, 17 January, the underwater search for the Malaysian Airlines flight MH370 was called off. The missing passengersâ€™ next of kin were informed via an email sent by the MH370 Tripartite Joint CommuniquÃ©, which was co-signed by the Malaysian, Australian and Chinese governments.

They said the search was concluded without success. With the conclusion of the investigation, it looks likely that we will never know what actually happened to the plane and its passengers. The Daily Vox team round up some of the most out-there conspiracy theories that are floating around regarding the disappearance.

Hijackers on a plane

Author of The Plane That Wasnâ€™t There, Jeff Wise, who has written an entire book on the disappearance of the plane, has got a theory that the control of the aircraft was actually taken over by hijackers from the electronics and equipment bay. He believes the planeâ€™s satellite communications was fed false data and that the plane was actually flown to Kazakhstan.

Even though he didnâ€™t really find any information to support his theory, Wise says, â€œThe search failed to deliver the airplane, but it has accomplished some other things: It occupied several thousand hours of worldwide airtime; it filled my wallet and then drained it; it torpedoed the idea that the application of rationality to plane disasters would inevitably yield ever-safer air travel.

â€œAnd it left behind a faint, lingering itch in the back of my mind, which I believe will quite likely never go away.â€

On his blog, Keith Ledgerwood writes that he thinks the flight used Singapore flight, SIA68 to sneak out of the Bay of Bengal to fly through India and Afghanistan airspace. He says that after the MH370 exited SIA68â€™s shadow and was free from military radar space, it could then have landed in any of a number of land locations north of India and Afghanistan which he supposes was its final destination.

It must be the Muslims!

Just a few days after the plane disappeared, one of the theories that developed was that is was the Muslims. Surprise, surprise! Several forums said that the plane had been commandeered by China’s Uighur Muslim separatists and was taken to Chinaâ€™s Taklamakan Desert. Most of the passengers on the plane were from China and it was supposed that the plane could have landed somewhere near the Chinese/Kyrgyz border.

Being briefed by Malaysia officials they believe most likely location for MH370 is on land somewhere near Chinese/Kyrgyz border.

Media tycoon Rupert Murdoch tweeted soon after the disappearance that the plane was probably hiding somewhere in Pakistan, like Osama Bin Laden, the former Al-Qaeda leader who was killed by US troops in 2011. Bizarre allegations and stories are something that can definitely be expected from the head of Fox News, but it was not even a fully developed theory like some of the others that have come up over the years.

However, just like many of those, it was as far-fetched, mainly because of how close the airspace between Indian and Pakistan is watched and even though some parts of Pakistan are quite remote, most of it is under surveillance.

Independent investigator, Blaine Alan Gibson, as well as other investigators, held the theory that all the passengers onboard the flight were either killed or incapacitated due to a fire on the plane or accidental loss of pressure in the cabin. Furthermore, they believed that the flight was a ghost flight, which was operating on autopilot and flew over the tiny island of Maldives as there were reported sightings by several inhabitants.

While most of these might seem so bizarre and downright funny, it doesnâ€™t detract from the fact that so many people have no idea what has happened to their loved ones, and now may never know.