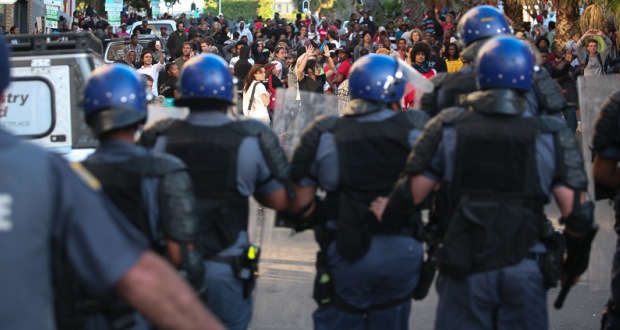 The tragic death of a person as a result of police brutality enrages the citizens. The incident becomes a prevalent topic. Those whose lives were lost at the hands of the police officers are remembered, but not Mido Macia.

More than two years after his death, the case of a man who lost his life to police brutality has finally drawn to a close. This week, eight former police officers accused of the murder of Mozambican taxi driver Mido Macia were each sentenced to 15 years imprisonment. In February 2013, the 24-year-old man was arrested by police following a minor traffic infringement, handcuffed to the back of a police vehicle and dragged down the street. He was severely beaten in his cell and later died of his injuries.

Given the national and international furore around Macia’s death, I expected people to have a lot to say about the verdict. But when I went out to ask Durbanites how they felt about the conviction and sentencing of his murderers, I was shocked to find that many people were not even aware of the case.

Nosipho Msomi (21) from Umgababa wasn’t sure who Mido Macia was and said perhaps she would have known more about the case if he’d been a public figure.

“I don’t recall him or the incident. Perhaps it’s because he wasn’t popular and wasn’t South African. Otherwise, I would know who he was.”

The Independent Police Investigative Directorate reports that 396 people were killed while in police custody between 2014 and 2015.

Police brutality is commonplace in South Africa, but the numbers have not translated into calls for a more professional police service. Instead, even gruesome cases like Macia’s, which only came to light because of video footage filmed by bystanders, are soon forgotten.

Nomkhosi Cibane (24) from Inanda told me that there is always a public outcry over incidents of police brutality, but it’s always only a matter of time before life goes on.

“Police brutality has become so normal in this country that whenever someone loses their lives to the police, we grieve and mourn. But sooner than expected, we all move on and forget about everything. That is why I don’t remember who Mido was and how he died,” he said.

Mido Macia is among many others whose lives are taken by the law each year. His death garnered more media attention globally than any other person killed by police in recent years. His murderers have only just been sentenced to jail but somehow he is already forgotten.