Home Opinion Mirror mirror on the wall, who’s the most privileged of them all?
WhatsApp
Facebook
Twitter
Email
Print 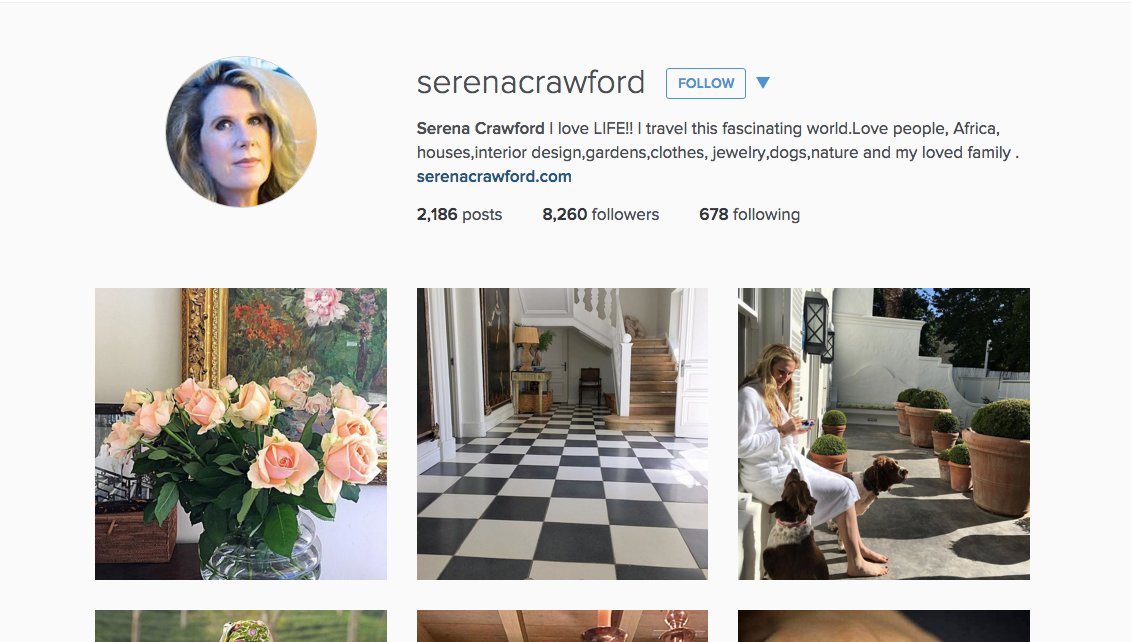 Editor’s note: Serena Crawford hasÂ now limited access to her Instagram account, so the embedded Instagram posts in this piece no longer work. Also, please note that The Daily VoxÂ contacted Ms Crawford for a response to this piece on Friday 18 December.Â

Interest in a certain Serena Crawford sparked after she posted a photo of the Mount Nelson hotel in Cape Town. She described how she was on her way to the #ZumaMustFall protest, and spotted Hollywood actor Jude Law at the luxurious hotel. But PHILLIP OWIRA took an extensive look at her Instagram feed and found even better results. The Mount Nelson picture was followed by a post which has since been deleted. Itâ€™s a picture of the #zumamustfall protest at the Company Gardens, where part of the caption read, “I wish there a few more black faces but I’m told because it’s a holiday today there is no transport from where they live â€¦” Â The post didnâ€™t quite grab me at first so I decided to scroll further down a page out of curiosity. A few posts below the protest image was a picture, where she documents a time when she took some of her employees to the beach. Â  Â She says she panicked when they ran into the water, because to her knowledge Africans canâ€™t swim, and that made her worried. But when she saw them take to the waves with ease she was overjoyed. The post which has now been deleted had the following caption: “I watched as Ephraim and Stevie ran into the water ..I was mildly panicking as many Africans can’t swim , but they dashed into the waves, filled with joy. Stevie had never swum in the sea before and was the happiest I’ve ever seen him. I asked afterwards how come they could swim.”

It was the funniest and most ridiculous thing I had read, and this made me want to go look for more funny quotes, because I found it found the beach quote highly entertaining. But the laughter didnâ€™t last long. Things started to become weird after seeing a post of two domestic workers wearing what she described as the â€œtraditional uniform of her childhoodâ€. Â It was weird because a) the whole notion of domestic workers is a very sensitive topic in Southern Africa given its history of the persecution of African women b) the fact that she would describe their uniforms as traditional with the #Africanstyle is highly insensitive. Initially I thought her Instagram page was a joke; there was no way it could be real. I wasnâ€™t the only one, several other people thought Serenaâ€™s very public Instagram page was a parody, because it captured white privilege so well. Some have even tried to call her out on it. Each time she was called out, Serena refused to engage, and blocked anyone who posted a critical comment. After posts began to disappear, I decided to investigate further to see whether her account was real or a parody. Â  Crawford appears to have a close affinity with Zimbabwe and visits the country often. And even with the tough economic conditions in Zimbabwe, she maintains a life of extreme privilege during her visits there. Serena also has fond memories of her childhood nannies. Nannies not only looked after her but also her children. They form an important part of her life, and she describes them fondly each time she looks back at her life. Her obsession with her childhood nannies also extends more than just workers in uniform, but to any black woman. Serana also loves Malawian people, many of whom work for her. One of her favourite employees is Moffat her gardener, who she describes as a â€œball cutting expertâ€. Another one of her Malawian employees is Stevie, who Serena claims she rescued from difficult circumstances. She appears to have taken a great interest in Stevie, and comments about how she is teaching him to do great things. The comments on Serenaâ€™s pictures are also worth noting. A commenter on one her picture notes the poor working conditions while she was moving into her new house, describing it â€œSo Africaâ€. Pretty much implying that Africans do not care about rules and regulations. Therefore, you can get away with cheap labour, because you donâ€™t have to worry about the costs associated with â€œhealth and safety”. Others drool over the fact that she was inside a bathroom which contain portraits of colonial icons such as Cecil John Rhodes. Speaking of Rhodes, Serena claims to be a relative of Leander Starr Jameson, who was Rhodesâ€™s best friend. Serena recently spoke of her admiration of Rhodes during a visit to UCT, at the height of the #Rhodesmustfall movement. Claiming that he did a lot for Cape Town, especially when it comes to protecting the natural vegetation. Many of her posts are also throwback to a bygone era – A time where the white minority ruled the continent. To my disappointment, Serenaâ€™s Instagram page is not an elaborate prank or a parody, but a page of a very privileged person. Someone pointed out on Facebook that she is an individual who belongs to the 0.01% most privileged people in South Africa and posed the following question:

â€œI’m wondering about the details of what we are objecting to? Probably not the existence of such extremely privileged peopleâ€¦. Maybe some combination of the flaunting of the fruits of privilege, with no sign of awareness of her privileged position. Or no awareness of how the black people featured have lacked the social privileges that helped her in life. Or maybe the racism in the implicit assumption that nothing is wrong with the practically colonial life she is showing in pictures, as the white master of the house surrounded by servants.â€

I would say all of the above is true.

What I take away from her page is that she doesnâ€™t see black people as her equals. To her they are not real human beings, they are like poor abandoned pets who need rescuing from the horrors of life. Their role is to serve her, and smile when it is appropriate. She believes that rescuing Africans from the harsh realities of life, is a way of giving back to the poor without feeling guilty.

On Instagram she displays her good deeds, like a goddess who is showing the world the good things she has done for her children. Her disciples who comment on her posts, worship, praise and thank her for her kindness. Many of her disciples also long for the bygone era, a time where each of them were gods in Africa.

Philip Owira is completing his masters in African politics at the School of Oriental & African Studies, University of London.