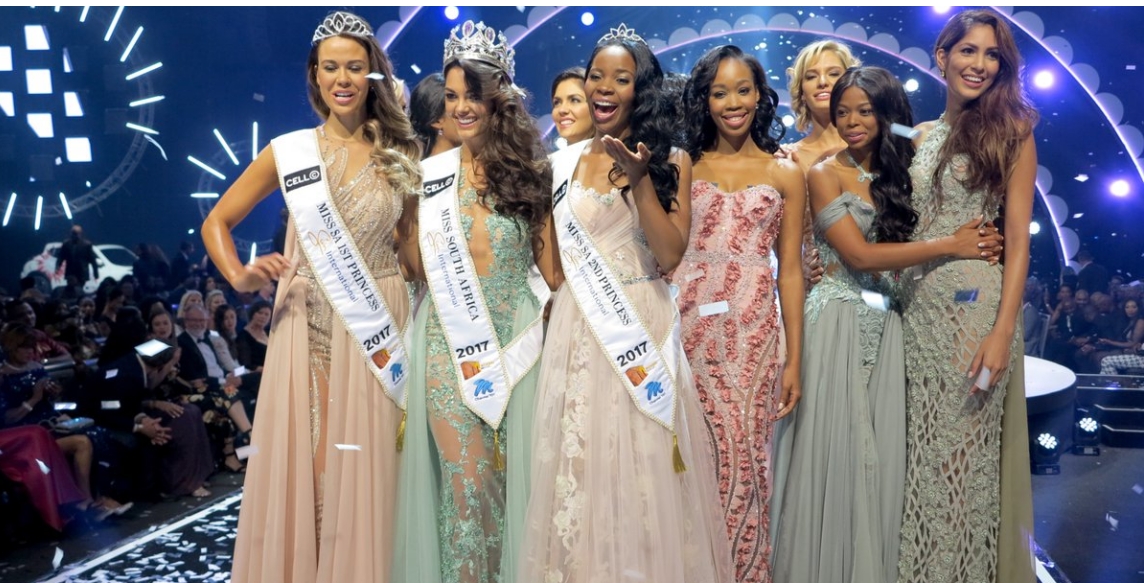 So our country has a new Miss South Africa, but last night’s beauty pageant came against some criticisms which have us questioning what standards of beauty the organisers subscribe to.

The first (white) Miss South Africa was crowned in 1943 but we only got a black Miss SA in 1993. #ThankYouApartheid.

Some South Africans saw it a waste of time. They pointed out that there were more important things to focus on.

Others questioned the elitist and exclusive nature of the event. If itâ€™s a national competition, why was it only broadcast on DSTV, they asked.

This is not Miss DSTV it’s #MissSA2017 and hence it should play on SABC for all SAns to watch pic.twitter.com/7uSJvNyitK

The Miss South Africa pageant isnâ€™t considered progressive enough by some South Africans. The type of women that are successful in this competition tend to be tall, skinny, and have long, flowing locks – whether weaves, extensions, or their own hair.

However, some tweeps see this image as the idea of perfection.

#MissSA2017 The ladies are stunning, they are beautiful specimens true divine beings, definition of what perfection is!!!!

There were comments about how the winner, Demi-Leigh Nel-Peters looks like a mix of former Miss South Africas. So, more of the same then?

Issues about representation of different ‘looks’ also came up in discussion.

I wonder,do black contestants stand a lesser chance of winning if they come out with short hair, afro or dreadlocks? #MissSA2017

I’ve always wanted to enter #MissSA2017 but it’s for petite women. I feel like it’s not a full representation of how SA women look

Beauty pageants are an archaic mode of womenâ€™s empowerment. Why are we still looking at smart beautiful women with a proclivity for philanthropy as something that is exceptional? The fact that they are celebrating a certain type of woman shows that pageant organisers arenâ€™t concerned with women in general, but only with selecting a supermodel who happens to be eloquent and clever too.

Next year we wanna see afros, cornrows, beads , albinos , make-up free girls. In fact we want it all! #MissSA2017 pic.twitter.com/ubbhgG7e5P

Is there still a place for beauty pageants in society? Is the lack of representation in the pageant something that needs to be looked at, and changed? Or can beauty pageants be reclaimed and subverted to mean more than picking the most beautiful woman in the country?