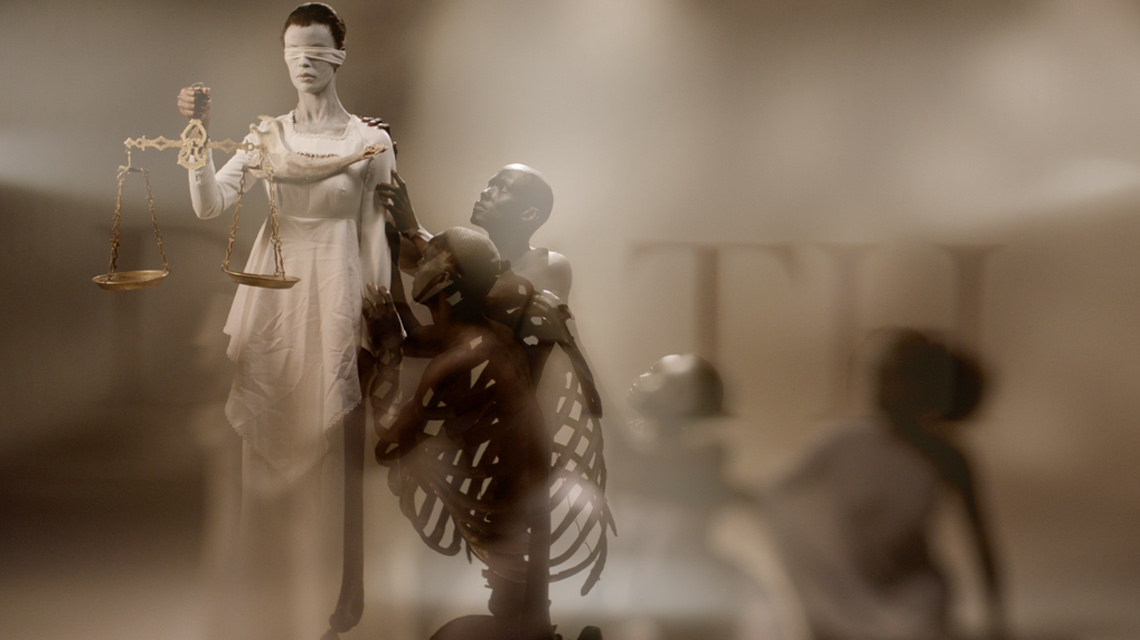 Khuli Chanaâ€™s latest video, for his single 9 Shots, is sure to ruffle feathers. The video, which features images of a bloodied Lady Justice, re-enacts the controversial incident in which police opened fire on Chanaâ€™s car without provocation.

In the early hours of Monday 28 October 2013, police opened fire on Chana after mistakenly identifying his car as that of a kidnapperâ€™s. Fortunately, the incident was not fatal. Chana was, however, left with a gunshot wound to his hand and shrapnel in his back.

The singer released the single, 9 Shots, on the first anniversary of the incident, to thank his fans for the support throughout the ordeal. The music video was uploaded to YouTube on Tuesday.

ChanaÂ says the video is not an attack on the South African police, but a reflection of his journey from anger to forgiveness.

However, the video, directed by Arcade Contentâ€™s Kyle Lewis, has political undertones.

The rapper says he was â€œshot Marikana styleâ€ â€“ likening his shooting to the Marikana Massacre, in which police opened fire on miners that resulted in the death of 34 people..

Since the Marikana Massacre, the police force has come under scrutiny for using violent tactics to enforce the law. More thanÂ 900 people die in police custody or as a result of police action each year in South Africa.

The case opened against the policemen that shot Chana was withdrawn and they publicly apologised for the incident.