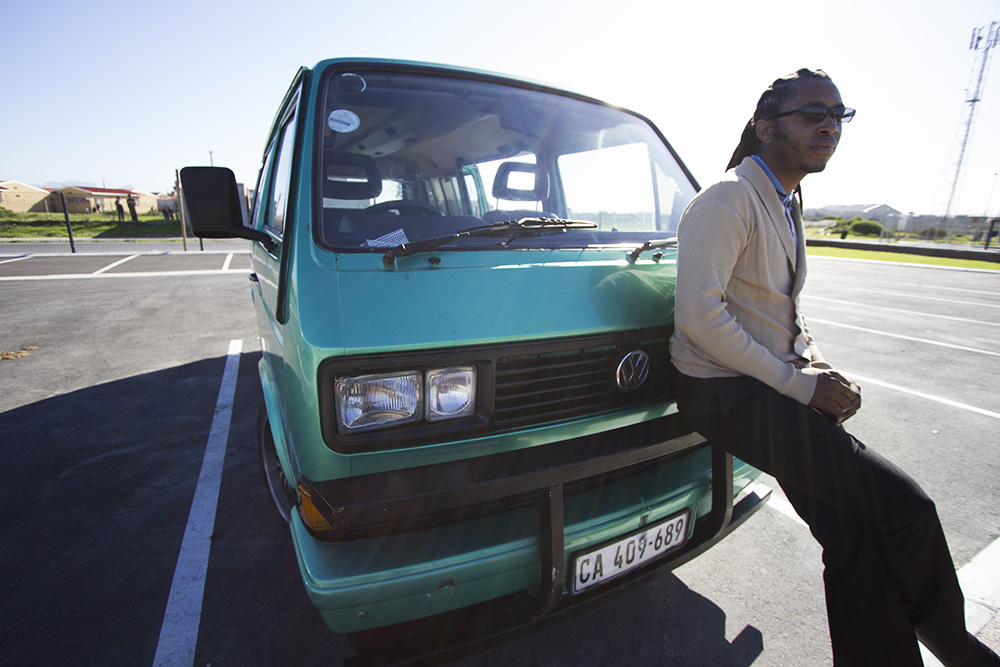 A man in Khayelitsha has found an innovative way to help kids in the township deal with psychological trauma: heâ€™s transforming his minibus into a mobile psychology clinic. RAâ€™EESA PATHER reports.

Last year, 28-year-old Andreas Banetsi Mphunga was struck by the urgent need for registered counsellors and psychologists in Khayelitsha when, in the course of a child-development programme, kids told him about their struggles at home.

â€œSome of these children use substances to escape social ills. Their challenges are in-depth and need to be explored, because these children have got signs of depression, anxiety, and anti-social behaviour,â€ Mphunga says.

Mphunga, who received his psychology degree in 2013 from the University of the Western Cape, is registered to open a private clinic. He previouslyÂ worked from an office in Mandela Park, his home neighbourhood in Khayelitsha. His office was small, aboutÂ the same size of the interior of aÂ minibus, and Mphunga decided to let go of the space and the rent bills that came with it, to make his clinic mobile and more accessible.

â€œI know the resources are not there yet, but I donâ€™t need them. I donâ€™t have the fancy office with the fancy recliner chair, I can do that with whatever resources that Iâ€™ve got,â€ he says, sweeping his hand around the inside of his combi. Mphunga bought the combi just four weeks ago, digging into his personal savings to foot the R28,000 bill. An additional R10,000 will be spent on upgrading the interior, tinting the windows to protect his patientsâ€™ confidentiality, and on minor mechanical repairs toÂ the windows and air conditioner.

As he sits in the minibus, Mphunga points out that in the confined space of the carâ€™s backseat, his patients will sit diagonally opposite from him, so they donâ€™t feel intimidated or claustrophobic. In cases where patients are suicidal or suffer aggression, he will be required to sit at he door to ensure their safety.

While combis are the staple mode of transport for public transport users across South Africa, Mphunga identified the Caravelle as the perfect mobile psychology clinic because of its popularity among youth in the township, who are often marginalised for seeking treatment at surrounding clinics.

â€œTheyâ€™ve got this phobia for the clinical environment. Itâ€™s because they are stigmatised and theyâ€™ve got that idea that if you see a psychologist at a clinic, immediately people will think they are mad,â€ Mphunga says. â€œSo, they end up not going.â€

But, with the combi, kids wonâ€™t have to worry about stigma. In fact, it might just be the opposite. In 2014, South African rapper K.O released his hit tune Caracara with fellow South African musician Kid X. The songâ€™s title is inspired by Caravelle, and it was blasted from radios and cellphones across South African townships. Today, kids still sing, â€œHere comes the Caracaraâ€ when they see Mphungaâ€™s combi approaching.

The popularity of the car means that kids will be more likely to attend therapy, but the downside is that some might not take it seriously.

â€œAt the end of the day we donâ€™t want to mislead the community. One thing that will happen is that potential patients will not come to the combi for therapy; theyâ€™ll come to this combi for the image,â€ Mphunga says.

But Mphungaâ€™s plan is that the therapy sessions wonâ€™t be held in the minibus forever. He sees the minibus as an â€œinitiating tool for therapyâ€, where kids can grow accustomed to it and, once they know what itâ€™s about, will continue treatment in an office which Mphunga has applied to rent in Khayelitsha from Shawco, a non-profit organisation initiated by the University of Cape Town. His hope is that they will follow-through on therapy, rather than terminate it as many people do in township clinics.

â€œWhat I hope for them, is to show them despite whatever situation they have been going through, they can still make it,â€ Mphunga says.

His clinic, a non-profit, will be called Cape Township Children and Parents Counselling Centre, and he plans for the mobile operation to begin travelling to schools from August. But Mphungaâ€™s vision reaches beyond Khayelitsha, and he intends to do a school roadshow to the small towns of the Western Cape â€“ such as Roberston and Malmesbury â€“ to speak to children and educate teachers on how to identify students who need assistance.

As an adult who grew up in Khayelitsha, Mphunga has found his future and he wants to help youngsters do the same.

â€œThe future for a child if these problem continued being ignored is unimaginable. They donâ€™t know whether they will be up here or down there, six feet under,â€ Mphunga says.