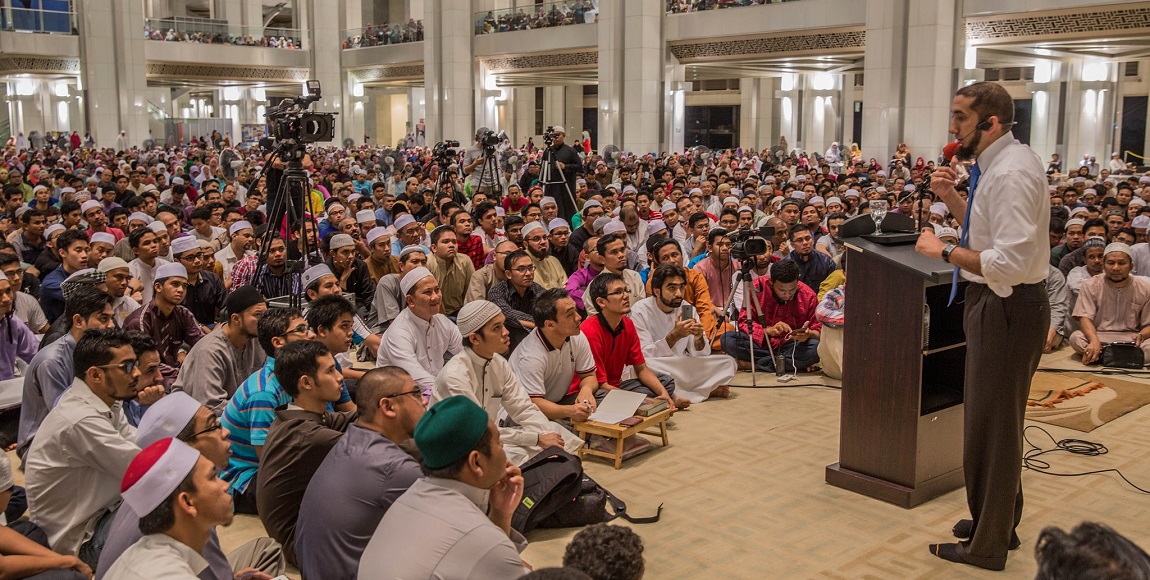 Masjidul-Quds (known as Gatesville Mosque) has invited American-based Muslim preacher Nouman Ali Khan as a guest scholar for the holy month of Ramadan. This decision has been questioned by a group of concerned people.

Khan, the founder of Bayyinah Institute, an American school of Islam, was accused of sexual misconduct in 2017. By SHAAZIA EBRAHIM and FATIMA MOOSA.

Khan is alleged to have used his position  as a religious scholar to lure women into secret sham marriages, send them inappropriate sexual messages and subsequently bully them into silence.

He was accused of having inappropriate relationships with multiple women. Accompanying the accusations at the time were screenshots on a website from the alleged victims. The screenshots included shirtless selfies of Khan that were alleged to have been sent to the women.

Khan denied the accusations, calling them lies and distortions.

A committee was then launched to conduct an investigation intoKhan. The committee comprised of Islamic scholars, including those who have held leadership positions in the Islamic Society of North America, counselors and mental health professionals. Among the panel were  Aisha Al-Adawiya, Salma Abugideiri, Sheikha Tamara Gray, Dr. Altaf Husain, Imam Mohamed Magid and Dr. Ingrid Mattson.  Khan and the women involved participated in the investigation.

The investigating authority concluded that Khan had behaved in a way that was “unbecoming of a believer, let alone one who teaches the holy Quran”. They further set out remedial action that required him to stop giving public lectures, go on hiatus from public life, and attend counseling. But Khan reneged on the agreement. He did not follow through on any of the recommendations, and threatened to sue the members of the committee.

Now Khan will spend Ramadan in Cape Town as part of the Bayyinah Institute’s 10-day Dream Worldwide Quran programme. From May 8 till the 17th, Khan will be part of the programme which deals with the teaching of Arabic and the Quran. This is not the first time the mosque will be hosting Khan. He spoke at the Gatesville Mosque in 2016.

Open letter to the Gatesville Mosque

The letter had almost 100 signatories from people across South Africa.

“Allowing him a platform in our masajid sends the message that women who have endured gendered and spiritual abuse do not matter,” Motala said. “There is an expectation that those we place at the pulpit as religious leaders will exemplify the highest level of ethics and moral conduct and will not abuse their position of trust,” she added.

Motala added that Khan has never publicly acknowledged the harms he committed against the women involved and his followers. “He has never publicly apologised to his victims or asked forgiveness of them,” Motala said. “By breaking his agreement with the American Islamic scholars who investigated his wrongdoing, he acted with impunity and hubris,” she added.

“Here in the US, the major organisations have since shunned him. He is no longer invited to major Islamic conferences and most mosques no longer give him a platform,” Motala said.

Dr Shuaib Manjra, one of the signatories on the letter, wrote on his personal blog: “Sure, people can learn from NAK’s [Khan’s] immense knowledge without platforming him. But to platform him is to grant him a free pass for his violation of women and their rights. In doing so, Gatesville Mosque has become an accomplice.”

After “very carefully” studying the accusations levelled against him and his response, the Mosque authorities proceeded with their decision to host Khan.

In the statement released on 11 April, the mosque expressed their “abhorrence of any form of violence or harassment against anyone – particularly women, children, and the marginalised”.

The Mosque said it had “scrutinised a number of articles written by Islam scholar Dr Mohammed Akram Nadvi”, who has published books on his progressive views of the status of women in Islam. They also looked at other articles about the issue and a statement from scholars who engaged with Khan to confirm their decision.

“Repentance and forgiveness” is between Khan and Allah, the statement said.

Clashing views within the MSA

The Muslim Students Association (MSA) Cape – based in Stellenbosch – will be hosting Khan on May 3. When the MSA Union, the parent MSA organisation, became aware that MSA Cape was going to host Khan, they asked MSA Cape to cancel it, MSA Union said in a statement. According to the statement, MSA Cape decided to proceed with the event after discussions between MSA Union and Cape. However, MSA Union says they have distanced themselves from the event.

“The MSA wishes to clarify that it respectfully distances itself from this event, despite being hosted by MSA bodies,” said the statement.

“Our disgust for this type of conduct cannot cause us to be hasty in validating unproven accusations as this goes against Islamic teachings, and Allah knows best,” said the statement.

Authors’ note: Both authors of this article signed the collective letter to the Gatesville Mosque against their decision to host Khan.