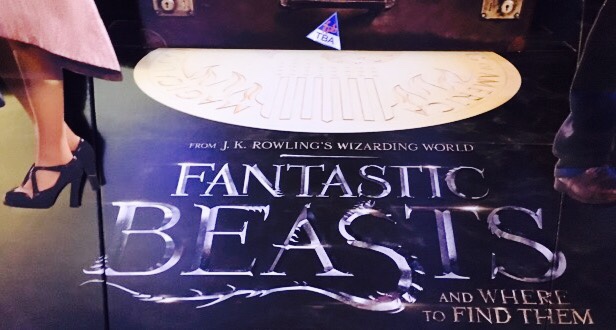 You donâ€™t need to be a die-hard Harry Potter fan, fully-versed in the franchise, to understand Fantastic Beasts and Where to Find ThemÂ – and thatâ€™s a nice thing. Itâ€™s a prequel, but itâ€™s also not. Set in 1926, around 70 years before we begin our adventures with Harry and his friends, it contains allusions to multiple things that exist in the world that JK Rowling built in her magnificent series.

We hear of how our socially-awkward protagonist, Newt Scamander (Eddie Redmayne), was suspended from Hogwarts, and how a teacher by the name of Albus Dumbledore defended his poor misunderstood soul. We hear of how he had a friendship with someone with the last name Lestrange – the same family that Bellatrix, who would murder Harryâ€™s godfather Sirius a few decades later, came from – and we catch a few hints of the name Grindelwald, someone Hogwarts taught us was one of the most dangerous dark wizards of all time.

Set across the Atlantic, Redmayneâ€™s adorably awkward Scamander has arrived in the United States in the latest leg of the travels he is undertaking to complete research for his book, Fantastic Beasts and Where to Find Them. With a mop of hair in his eyes, general nervousness and relatively gentle manner, youâ€™ll either immediately love him to bits or find him kind of annoying. As is the usual case with protagonists that we quickly relate to and empathise with, he gets embroiled in a situation he didnâ€™t mean to (no thanks to some of the fantastic beasts in question) which results in an adventure he didnâ€™t mean to embark on – but that he still manages to navigate to the best of his abilities (much like another magical hero Rowling created that we managed to grow quite fond of).

Things across the pond are slightly different. Muggles (people without magical powers) are very creatively called No-Majs in the USA, and there are more stringent laws in place when it comes to practising magic. We meet a pair of sisters who work there, as well as an innocent No-Maj named Jacob who just wants to be a baker, and they all become embroiled in Scamander’s adventures along with him.

Events are set in both ivory towers and basement bunkers, the majestic American magic ministry, banks, and the streets of a pre-Depression New York that we have come to know so well from Gatsby films and others like it. These all work as backdrops to explore the underlying themes of oppression and bigotry that the film broaches – although it does leave one asking a few questions. Itâ€™s part fantasy, part social commentary, and the subtle hints to the debilitating and bubbling unrest in the city are heightened by the moody cinematography.

But while the social justice undercurrents are there, you have to wonder to what extent JK Rowling is trying a bit too hard. The leader of the American magic world is President Seraphina, a no-nonsense black woman who is all about the attainment of justice – and whose glamour is matched only by Effie Trinket of the Hunger Games movies. But despite the creeping oppression themes on the agenda, there are only a couple of other characters of colour in the film. This kind of overshadows the badassery and amazingness of the black female president, but we leave with some hope that perhaps more diverse characters will appear in further films in the series, which is set to comprise of five films.

Rowling, of course, worked on the screenplay for the movie and thereâ€™s no doubt that she has recently become an increasingly progressive voice. But one has to be critical about the newfound nuances as well – why, for example, say that Dumbledore was gay, or that it was never explicitly mentioned that Hermione *wasnâ€™t* black, AFTER the series ended? This new series is perhaps a further opportunity for Rowling to set some more context to the back stories of some of the Hogwarts legends.

All said and done, itâ€™s a cute film. While it does dabble with some very dark elements, there is also a good amount of humour, awkwardness, and plain magical moments. Little things, like close-ups of Jacobâ€™s strudels baking and rising, remind us that when thereâ€™s JK Rowling, thereâ€™s always a good amount of warmth and familiarity too. And if you were wondering, we do get a love story – and hopefully the promise of another that might develop in future films.

Some of the parts are slightly cliche, and some of the special effect work screams overkill, but it is definitely an enjoyable two hours Â and 13 minutes. The narratives are neat, the visuals are a feast, there are scares, and there are laughs. And at the end of it all, we know that thereâ€™s nothing that a little bit of magic – and in this case, very literal #BlackGirlMagic – cannot fix.