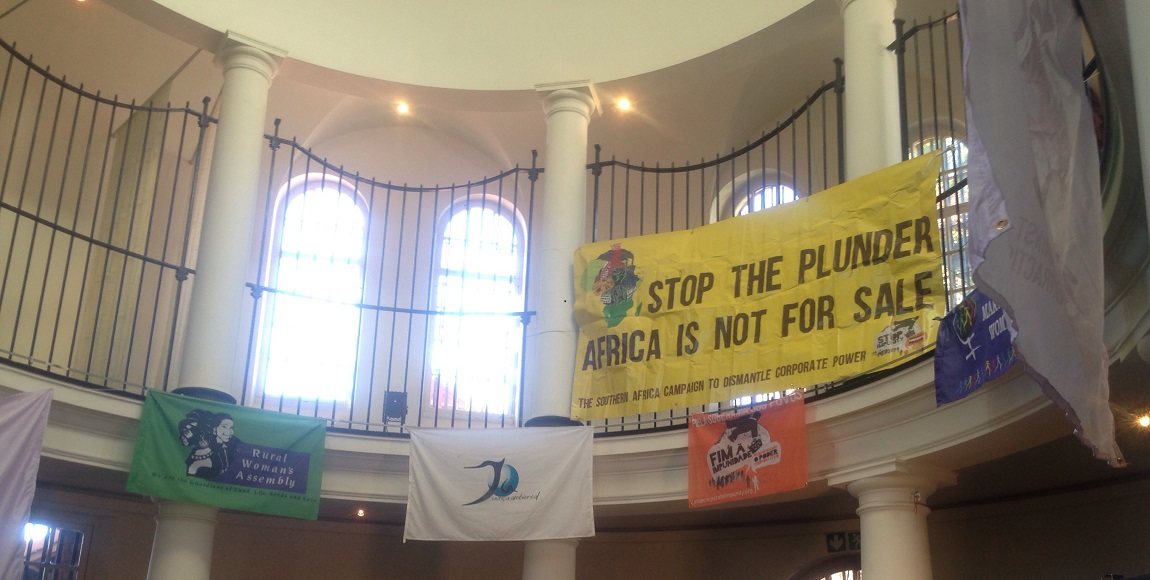 Mozambican farmers and activists are fighting back against a much-touted plan to turn large tracts of savannah into soya bean farms, to supply feedstock to Chinese pig farms, as part of a multinational development project.

On Thursday, representatives of the â€œNo to ProSavanaâ€ campaign presented their case at a tribunal set up by the Southern Africa Permanent Peopleâ€™s Tribunal on Transnational Corporation.

The tribunal was set up by the Southern Africa Campaign to Dismantle Corporate Power, consisting of community-based organisations from around southern Africa, which aims to provide a platform for indigenous communities in the Southern African Development Community (SADC) region to voice concerns about the impact that transnationals have on their lives.

ProSavana refers to the Programme of Triangular Co-operation for Agricultural Development of the Tropical Savannahs of Mozambique, a plan to develop the Nacala Corridor, an area measuring 35-million hectares in central and northern Mozambique for the production of commodities like soybeans for cheap export to China and Japan. The development plan was created in partnership between Mozambique, Brazil and Japan. Despite ProSavana being presented as a plan to help local farmers and develop the area, the lack of public information about how and what exactly it going do makes this difficult to ascertain.

Not everyone is happy with the plan. Mozambican farmers and members of civil society who spoke at the tribunal raised concerns about land grabs, poor consultation with the locals and governmentâ€™s lack of transparency on the project. One of the female farmers who spoke said they were forced to sign papers by the police saying they were ProSavana and when they tried to resist, they were threatened with jail time. Land has been taken from farmers without the promised compensation materialising.

They say they only found out about the ProSavana plan three years after government signed the agreement. The plan was discovered after it was leaked to activists working with small farmers in the area.

Farmers said they were threatened by government for not agreeing with the development plan and that they feared losing their land, which was their only source of livelihood and food.

“Land is my life and my future,” said one of the peasant farmers at the tribunal.

The Mozambican government is determined to go ahead with the plan and is continuing its efforts to develop technological farming in the Nacala Corridor.

However, the decision of the jurors about the matter is still to be decided, with the tribunal coming to a close on Friday. The No to Prosavana activists have told jurors they want the Prosavana programme to be stopped no matter what, and a new collaborative plan to be put in place.