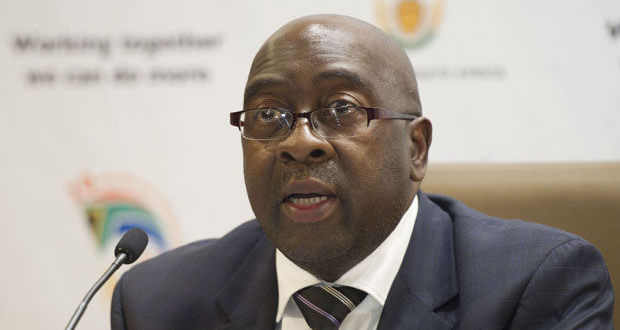 Political analyst EBRAHIM FAKIR joins the rest of the country in asking what just happened to our finance ministry.

Distance they say, sometimes gives perspective. Between several meetings and briefings today. I’m thinking of the hysteria backÂ home overÂ the replacement of Finance Minister Nhlanhla Nene. What’s the problem with the change, I wonder. Is it just that JZ did it? Or is it who he has chosen to replace Nene with?

In a context where the president provides no explanation for his decisions, Nene’s axingÂ has fuelled anger, hysteria and wild speculation; considering that this is only the latest of several ill-advised, even irrational, appointments made by the president, this is fair.

One should at least give JZ a chance.Â I,Â for one would,Â like to at least first see where Nene goes, where heÂ is redeployed, or even what else the president does concerning this matter before IÂ get hysterical.

Let’s face it, watching from ZÃ¼rich, Switzerland, one of the finance capitals of the world, I can see how these fellas have had fits and flows, all on their own terms, in the form of dictating policy on regulatory liberalisation of exchange controls, right down to setting interest and inflation to our distinct disadvantage. This is intolerable, to be sure.

Let’s appreciate that this cannot happen with a finance minister who thinks in regressive ways. A stubborn minister not open to new and different thinking is untenable, sure. But why appoint a failed mayor?

On the back of woe in all the public enterprises, especially a second rate airline carrier, a blind commitment to unsustainable nuclear deals, a re-concentration of the primary sector and mining in particular, the failure of set top box distribution andÂ digital migration in broadcast, increased defence spending on airplanes, and low to no growth under Zuma’sÂ watch, there’s been a jobs bloodbath andÂ dim prospects of a recovery.

To be sure, some of these problems wereÂ inherited for hisÂ predecessors’ awful policy choices and reinforced by a myopic, destructive and retrogressive private sector unprepared to make any concessions and policy shifts.Â But he has also colluded with theÂ private sector when it has servedÂ his patronage goals.

TheÂ president may have good reasons for making the decisions heÂ does, but why does he never tell us what these are?

Everything heÂ does may have some sound reasoning, but hisÂ actions consistently say something else.

In short, Mr President,Â just tell us what you’re thinking.

Convince us why your new appointment is rational and predictable. As president of the republic, you owe us an explanation. You are accountable to us.