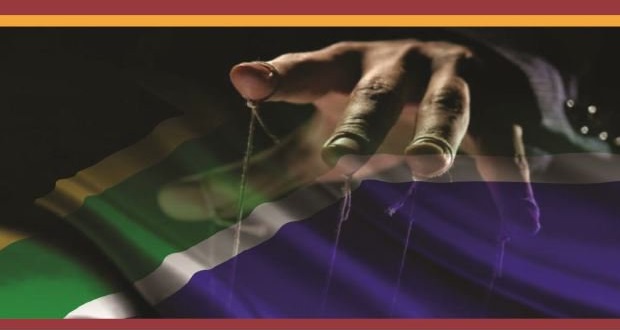 Former Public Protector, Thuli Madonsela has finally been allowed to bestow her final gift upon South Africa. The #StateCaptureReport detailing her investigations into the alleged illicit relationship between President Zuma and the prominent family – the Guptas – is out. Folks on Twitter wasted no time reading and commenting on its details.

Before it even got out, in fact, support for its release came from an unexpected source.

As the ANC, we are looking forward to the release of the #StateCaptureReport @zizikodwa

But getting to the actual report now, Spoiler Alert: The Guptas run this town (or country).

Tweets about the #StateCaptureReport findings should start with SPOILER ALERT!

355 pages?! Someone needs to write a comprehensive summary for us. #StateCaptureReport

1.) SOE’s have been captured
2.) Eskom’s board is corrupted
3.) Gupta run Eskom
4.) Presidency is captured

The DA – bless them – compiled a summary for us.

Key findings of the #StateCaptureReport summarised via @Our_DA. What is clear to me is that Zuma CANNOT continue to serve as President. pic.twitter.com/V6FR3osYUu

Are we all supposed to act surprised? Like finding out about your own surprise party but still playing along? #StateCaptureReport

In December, Deputy Finance Minister Mcebisi Jonas allegedly turned down R600, 000 in cash and R600 million in a bank account of his choice when the Gupta family offered Jonas the job of the new finance minister.

Jonas is now the posterchild of integrity in South Africa.

Mr A Gupta asked Mr Jonas if he had a bag which he could use to receive and carry R600m and he declined the money. WOW! #StateCaptureReport pic.twitter.com/A5RUC9Mnfm

Folks on Twitter are feeling the loss of the money that Jonas turned down.

I’m so broke I wish the #Guptas can capture me with just R1000000. And I always have my bag with me, actually 2 bags. #StateCaptureReport

As for Vytjie Mentor, now we know why she opposed the interdict against the release of the report in court on Tuesday.

After reading #StateCaptureReport tell me again why @Eskom_SA should be anywhere near the nuclear decision?

The Guptas have BEEN making money off the state.

#StateCaptureReport Jonas interview: He (Ajay Gupta) mentioned that
collectively as a family, they â€œmade a lot of money from the Stateâ€…

honestly I’m enjoying page 96 of the #StateCaptureReport. that conversation Zuma had with Maseko deserves a screening on #SkeemSam

As for Jacob Zuma:

Predictably, the DA (and most of the country, to be fair) is not impressed with JZ.

The manner in which Jacob Zuma has conducted himself is dishonourable & unbecoming of SA’s President. – @MmusiMaimane #StateCaptureReport

Will Zuma step down? If thereâ€™s anyone who has nine livesâ€¦

If the ANC does not recall Jacob Zuma right now, they are the worst too. Enough is enough. #StateCaptureReport

All we can say is: Thuli Madonsela, take a bow. You will always be our #WCW. Even on the other days of the week.