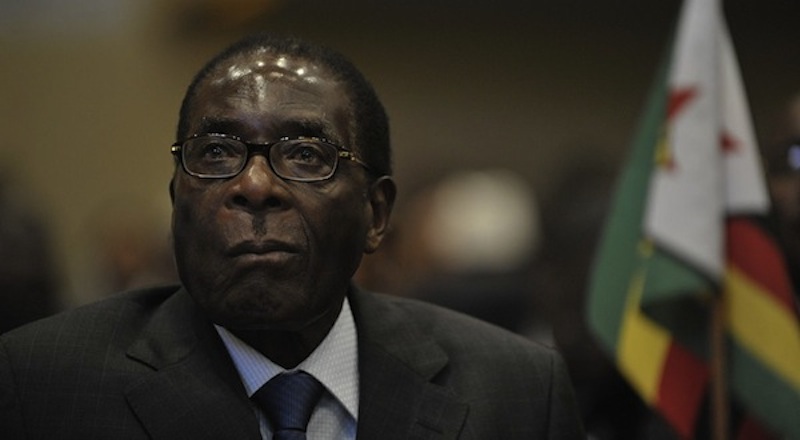 Bulawayo, Zimbabwe â€“ At home, the election of Zimbabwe as AU chair has been touted by state media as a political victory over perceived local and foreign enemies. A triumphant Simbarashe Mumbengegwi, the minister of foreign affairs, described Zimbabweâ€™s election as a â€œvote of confidenceâ€ in Mugabeâ€™s leadership and his anti-imperialist vision.

Political analyst and blogger Taurayi Tawengwa endorsed this view. He told the Daily Vox the appointment showed there was legitimate support across Africa for Mugabe and the Zimabweâ€™s ruling Zanu-PF.

â€œThis proves there is a lot of support for the president and his pan-African vision. The West must now change its position towards Zimbabwe,â€ he said, referring to sanctions placed on the president for alleged human-rights abuses.

Pro-democracy activists however are deeply critical of the 90-year-oldâ€™s rule. Mugabe is widely accused of a raft of human rights violations and of showing disregard for the rule of law.

Pedzisai Ruhanya, the director of the Zimbabwean think tank, the Zimbabwe Democracy Institute, told the Daily Vox he did not expect much from a man he considered a â€œpseudo-democratâ€.

â€œAs chairman, Mugabe will be a damp squib at the AU. He cannot be expected to uphold a plausible vision of democracy and human rights on the continental level when he has repeatedly failed to do so at home,â€ Ruhanya said.

â€œMugabe is facing a lot of problems here. He is battling an internal revolt in his own party and because the economy is in bad shape; civil servants are threatening to strike over salaries. If he is struggling with these issues at home he cannot be expected to make a positive impact on the African Union.â€

Similarly pessimistic, marketing student Melusi Nkosi (24), told the Daily Vox that Zimbabweâ€™s chairmanship held little benefit for the ordinary person. â€œItâ€™s a nice achievement for Zimbabwe, but I donâ€™t think it means anything. At the end of the day, the AU is just a club of dictators no different to Mugabe and they just appointed one of their own. Itâ€™s not for our benefit as the people, but theirs.â€

Despite the controversy Mugabe stirs up domestically, on the continent he is a fairly popular leader, hailed for standing up to imperialism and seizing land from white farmers in the early 2000s.

In his acceptance speech of the one-year rotating chairmanship on Saturday, Mugabe urged Africans to be protective of natural wealth against foreign exploiters.

Mugabe, who has been Zimbabweâ€™s president for almost 35 years, has had a long relationship with the AU and its predecessor, the Organisation for African Unity (OAU).

Representing Zanu-PF, then a liberation movement, Mugabe witnessed the founding of the OAU in 1963. After Zimbabwe gained independence in 1980, Mugabe played a part in Namibiaâ€™s freedom struggle and the civil wars of Angola and Mozambique through his position on the OAUâ€™s liberation committees. The country lead the OAU for a year, between 1997 and 1998, even though its army had been involved in the ethnic cleansing of more than 20,000 people in southern Zimbabwe in the 1980s.

The chairmanship of the AU is a ceremonial post, and does not give Mugabe any power or political influence. But his strained relations with the West are an inevitable concern as he takes on the mantle of AU chair.

Mugabe and his wife Grace were placed under sanctions by the United States, Australia, Canada and the European Union in 2002 and are prohibited from travelling to these countries.

In a rare exception, last year the EU lifted sanctions allowing Mugabe to attend the EU Africa summit as deputy chairman of the AU. But, unhappy that the invitation was not extended to his wife, he boycotted the meeting in protest.

Later in the year, exemptions were made and the couple traveled to Italy and Austria to attend the beatification of the Pope in the Vatican in October and the United Nations Conference on Landlocked Developing Countries held in November, respectively.

Marking a significant shift towards the normalisation of relations with Zimbabwe, the European Union’s travel ban against Mugabe has been temporarily lifted on Tuesday, allowing the 90-year-old to travel to Europe in his capacity as AU chair. But at home, the one year reprieve offered has been met with demands for more to be done.

The imposition of sanctions has remained a sore point for Mugabe and Zanu PF for more than a decade. Some party supporters feel that under the circumstances the sanctions should be lifted.

Zanu PF member Chiedza Mashava, a 37-year old office worker said, “How long is the West going to keep punishing Mugabe? Can they really maintain sanctions when he is expected to represent the AU in many areas? It’s time to bury the grudge.”

The EU’s temporary reprieve has been dismissed as “inconsequential” and Zanu PF has called for the total removal of “illegal sanctions” against the veteran head of state.

Returning to the familiar, and unphased by all the attention, Mugabe has set to work with the AU. This week he has met with AU and UN officials to discuss the organisation’s plans for the year ahead. With the AU summit over, focus now shifts to the AU’s more pressing issues – peace, security and development challenges for Africa in the year ahead.