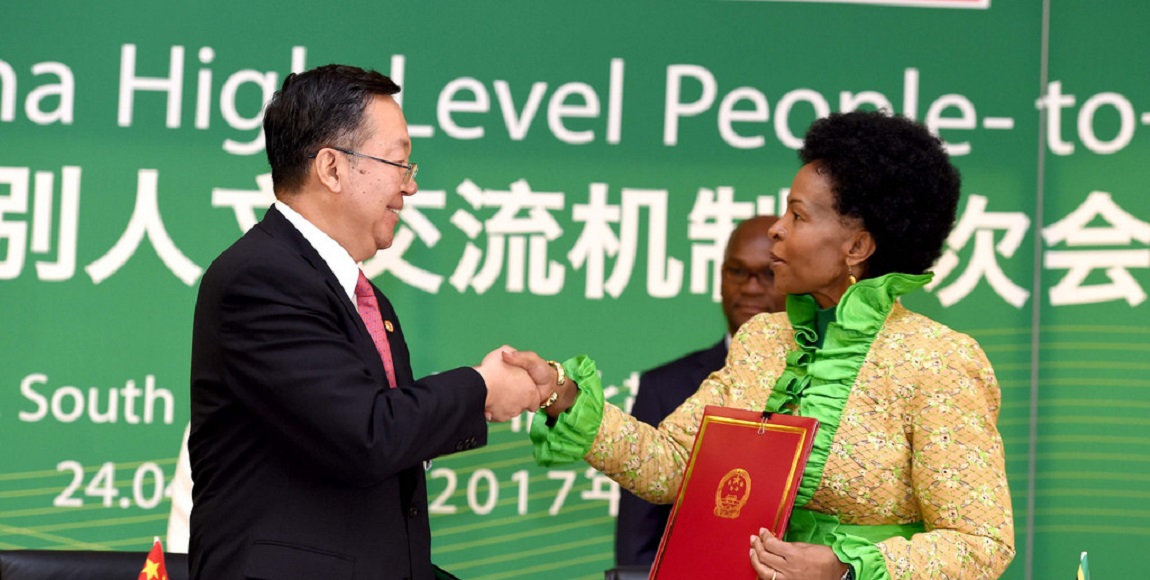 South Africa has been a key beneficiary and partner of China’s expansion into the African continent. In the second in a series on Sino-Africa relations, FATIMA MOOSA explains China’s influence on foreign and domestic policy in South Africa in recent years.

China has spent the past decade ramping up its political and financial ties to Africa. Its ambitious economic and diplomatic programme, known as the One Belt One Road project, will advance investment and development projects across Africa and is expected to transform trade on the continent.

China’s influence in South Africa has also been growing. It was instrumental in supporting South Africa’s bid to join Brics, the economic bloc made up of Brazil, India, Russia and China. Since then, the two governments have worked closely in various sectors including trade and political policy.

In 2010, the Chinese government also upgraded South Africa to the diplomatic status of strategic comprehensive partner, signalling China’s intention to take a more active role in its relationship with South Africa.

The status upgrade also meant the presidents of the two countries would support each other’s positions and improve economic ties through signing bilateral economic agreements.

The two states agreed to strengthen their cooperation through concrete measures in political and regional agreements. South Africa now has to work together with China to enhance efforts at the United Nations and at the Forum on China-Africa Cooperation (Focac), a platform created in 2000 to advance diplomatic relations between China and various African states. South Africa later went on to host Focac in 2015.

Controversially, South Africa has denied entry to Tibetan spiritual leader the Dalai Lama, who the Chinese see as an anti-China separatist, on three separate occasions, in 2009, 2011 and 2014.

Sanusha Naidu, a research director at social justice research organisation Fahamu, said the Dalai Lama is a critically sensitive issue for China and South Africa. It shows that South Africa takes the relationship seriously and that China expects South Africa to honour the One China Policy, which recognises the People’s Republic of China (PRC) as the only Chinese government and sees Taiwan as a breakaway province. The One China Policy states that Tibet too falls under the sovereignty of PRC, while the exiled Tibetan government claims that Tibet was an independent country that was occupied by PRC in 1949/1950.

South Africa is not the only country to have denied the Dalai Lama entry. Mongolia and Russia have done so in the past. When the Dalai Lama went to Norway in 2014, no government officials met with him. Norwegian ministers defended the decision saying they wanted to foster good relations with China. This occurred during the six-year-long diplomatic fallout between China and Norway, sparked when the Norwegians awarded the Nobel Peace Prize to Chinese political prisoner Liu Xiaobo a Nobel Peace Prize in 2010.

Joseph Thomas Westbrook, a staff writer for the Harvard International Review speculates that the reason some countries are able to allow entry to the Dalai Lama without facing China’s ire is because of their relationship with the US. South Africa however doesn’t have that protection.

Nkosazana Dlamini-Zuma, then African Commission chairperson, summed up how South Africa wants the world to see its relationship with China when she referred to the 1955 Bandung Asian-African conference as an occasion when “representatives of the formerly colonised nations united and proposed alternatives to a world order dominated by superpowers.”

Some observers see China as an imperialist power to whom South Africa has sold its sovereignty. After the Dalai Lama was refused a visa in 2014, Jody Williams, founder of the International Campaign to Ban Landmines, accused Zuma’s ANC government of “selling its sovereignty” and said, “It was a message of protest to governments who sell their soul and their sovereignty to China, as South Africa did.”

This view resonates with smaller African countries, who have to negotiate with China on the basis of unequal power relations.

But others perceive the relationship differently. Ross Anthony from the Centre for Chinese Studies at Stellenbosch sees the Sino-South Africa relationship as two countries in which domestic and foreign policies are secondary to what the market wants.

“In this respect, they are part of a broader post-Cold War economic pragmatism in which domestic and even foreign policies – be they left, right or centre – are subordinate to the market imperative.”

Sino-South African relations continue to grow. Eskom recently signed a $15 billion loan from the China Development Bank to help fund the Medupi power station in Limpopo. This political alliance is a significant one for South Africa, and one we must seek to better understand.