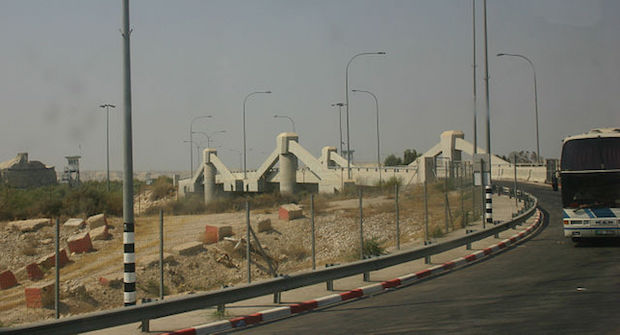 Hearing Democratic Alliance MP Yusuf Cassim speak of his experiences of racial profiling at the hands of Israeli security forces reminded AAISHA DADI PATEL of her own experience with Israeli border police.

In mid-December I travelled to Jerusalem with my family, the second stop in our Jordanian/Palestinian adventure, and the 48 or so hours I spent there were arguably the most emotionally intense of my life.

We went through the King Hussein/Allenby Bridge border, which is near the Dead Sea and about 30km away from Jerusalem. After hearing horror stories about other peopleâ€™s experiences at the border, I was scared that I would be screened and held back because of my support of the BDS movement.

My friends, who had travelled in a youth group the previous December, had been kept back at the border for interrogations for no apparent reason and I had also read researcher Marthie Mombergâ€™s account of how she had been turned away at the very same border, after lengthy and unnecessary interrogation, just two weeks before my family was set to enter Jerusalem.

King Hussein Bridge was also the site where in March 2014, a Jordanian judge of Palestinian origin was murdered by Israeli troops while attempting to cross the border to collect money for the medical expenses of his sick child. The child, who couldnâ€™t get the treatment needed, died later the same week.

As a precaution, I deactivated my social media accounts and hoped for the best. By the grace of God, and perhaps due to the fact that we were travelling as a family with small children, we did not face many hiccups with the border police. But this is not to say that it was all plain sailing.

After undergoing ebola screenings because of our African passports, we were permitted to proceed through the immigration and bag-checking processes. All was on track for the most part, but my 19-year-old sister and I had our hand luggage and passports held back for no apparent reason.

We asked an official why our bags and passports were put aside, and he barked at us to sit down and wait until someone dealt with us. The rest of our family â€“ our parents and three other sisters â€“ waited for us on the sidelines, as clueless as we were about what was going on. We sat waiting for 30 minutes, our hand luggage tossed to the side with no one paying any interest to it. We didnâ€™t understand what they were doing, but were later told by locals that this is a tactic of the Israeli border police â€“ they cause unnecessary delays and disruptions as part of their daily routines.

We waited nervously for a while and when they eventually called us we were questioned on every item in our hand luggage, including the small pot of honey I had taken from our hotel in Amman and why my phone charger had the type of plug that it did.

But this did not in any way compare to the way that Palestinian people also in the queue with me were treated. I saw things that made me extremely uncomfortable â€“ an old woman carrying a fresh cream cake had her cake squashed by the Israeli border control officials; a young mother with three terribly cute and extremely naughty little boys was ignored while she tried for more than 15 minutes to get the attention of an official to help her; and an old man was screamed at for not removing his belt and setting off the metal detector.

From the age of 18 it is compulsory for every Israeli, male or female, to serve in the Israeli army for a minimum of two years. These teenagers and young people, dressed in military uniforms and carrying rifles, are everywhere in Palestine; be it outside mosques and holy sites or a tiny sweet shop.

After crossing the border we were stopped at a checkpoint just before Jerusalem and an IsraeliÂ soldier climbed onto our bus, looking at all of our faces suspiciously, his rifle swinging around him. I was wearing a headscarf and he stopped in front of me and my eight-year-old sister and demanded to see our passports. After he confirmed that we werenâ€™t Palestinian, he gave them back to us.

At the entrance to Al-Aqsa, the holy mosque in Jerusalem, Israeli soldiers snapped at us angrily. My impression is that, because of the way we were dressed, we were mistaken for Arabs. When we asked them to repeat their words in English, they realised we were foreigners and grudgingly let us through.

At the Ibrahimi Mosque in Hebron, the site of the Ibrahimi Massacre, a female Israeli soldier did a full body search of us for no apparent reason and scanned our handbags at the metal detectors twice before letting us through.

And at yet another checkpoint near Jericho, the oldest city in the world, a tiny Israeli soldier stopped our taxi to demand that my 13-year-old sister and I show her whether we were carrying any weapons.

We were young, female and foreign, and despite the scrutiny and intimidation, managed to evade any serious altercations with the soldiers. Palestinians entering these areas are often not so lucky.

I donâ€™t know what Mr Cassim learned on his Israeli-sponsored study tour. Perhaps it would have been more educational for the DA MP if the letter had requested that he receive the same treatment as Palestinians do at the hands of the Israeli security forces.