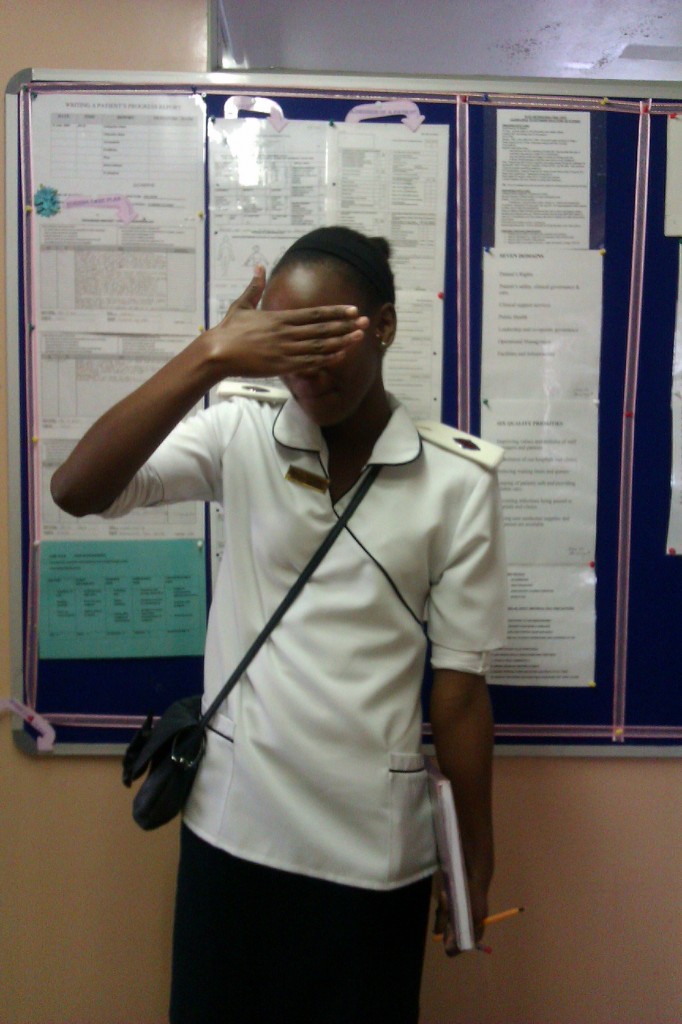 Our government is not an epitome of good health. It has been diagnosed by the media, analysts and political figures as having several political chronic ailments, which include corruption, unemployment, poor service delivery, the Marikana massacre and Nkandlagate. How can we expect the health system to be fit and strong under such governance, asks UYANDA SIYOTULA.

I had mixed emotions prior to conducting my interviews, because I anticipated it was not going to be a walk in the park, and rather difficult for people to open about their illnesses. At the same time, it was an exciting endeavour. I would like to extend a word of thanks to the gutsy people who allowed me to interview them.

People turned me down so many times that I began to feel hopeless. The majority was more comfortable talking about politics than their health, which makes perfect sense. Sickness is not something one can gloat about to the public, but the kind of skeleton you hide in your closet. So I had to prioritise confidentiality, as requested by the patient.

At first, most were reluctant to give their names, but eventually gave in. A big “‘no” was taking a picture, and when they did give in, they either opted to hide their faces or look away from the camera. I respected their decision, but I also worried about the negative effect that it would have on my work. But that privacy contributed to the valuable and rich input I got. I commend their bravery.

Under an ailing government, I discovered that not only the patients are diseased, but the health system too, the most common chronic complaint being â€œrude nurse syndromeâ€. They echoed each otherâ€™s cries about bad-mannered nurses and the extreme lack professionalism at health facilities. The nurses would rather have lunch than help a sick patient. When I spoke to the nurses though, they assured me that they, in particular, take into account the state of a patient before their own needs. I guess the system has been spoiled by the few rotten ones that neglect and ill-treat patients.

Another chronic complaint is â€œmedicine supply failureâ€ which is more like â€œheart failureâ€ because in the absence of medicine, the hospital comes to a standstill. Nurses and patients expressed their disappointment at insufficient medication, saying that it is a dangerous inconvenience. Itâ€™s one of the major shortcomings of public hospital, in addition to old, broken equipment and the shortage of specialists.

One nurse noted that the Helen Joseph hospital orders cheap medication. It seems that the department values quantity more than quality. Quality is the missing element in the lives of most citizens, especially when living with chronic diseases. Frequent visits to the hospital are stressful. These patients want change in the health system and for government to intervene. We need a fit nation that will consciously cast their votes for a more healthy state of affairs.