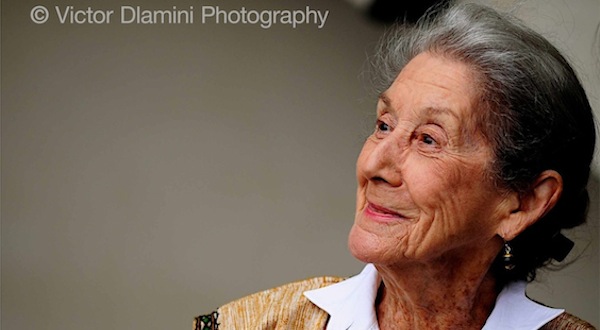 It tells us something about Nadine Gordimer that Raks MorakabeÂ Seakhoa, the untiring champion of South African letters, used to call her â€˜Comrade Nadineâ€™. In her country, where identity is everything, that Gordimer was comfortable with a word viewed with skepticism in high literary circles is significant.

Her death brings to an end a remarkable literary career, and coming so soon after the deaths of Maya Angelou, Amiri Baraka and Gabriel Garcia Marquez, thereâ€™s a sense that this is the end of a literary era. These writers did not shy away from addressing what they believed ailed their societies, even as they held onto notions of literature as romance.

Gordimer relished language. Her fiction and non-fiction alike rewards the reader with passages of exquisitely written prose. She used language as a surgeon uses a scalpel, delicately opening her characters to reveal what contradictions they contained.

â€œTo a writer no one is ordinary,â€ she once said â€“ one of many gems delivered almost as asides by way of explanation.

Nadine wrote in one of her short but important essays, â€œFive Years Into Freedom,â€ â€œAgain and again, when Iâ€™m interviewed or find myself in encounters with other people abroad, the burning question is â€˜What is happening to whites?â€™ And again and again, my genuinely surprised response is: â€˜What about blacks? Donâ€™t you believe there are challenges to be met in their new lives?â€™â€

Gordimerâ€™s ability to weave lyrical, even magical, prose into her writing, as she tackled the most prosaic human shortcomings, says something about her commitment to social justice. â€œThere are some who still have this sense, suffer it, I would say, and unnecessarily, so it becomes a form of self flagellation. I donâ€™t posit this in any assertion of smug superiority; I should just wish to prod them into freedom from self confinement.â€

â€œFive Yearsâ€ explores very directly, and with Nadineâ€™s typical courage, the subject of what it means to be South African, to declare oneself as such. If the topic was a complex one five years after South Africans gained their freedom, it has only increased in complexity since. When Gordimer writes, â€œA city in transition is always full of contradictions,â€ she may well have been referring to the entire country and all who live in it.

Defiant against apartheid
Gordimer did not yield to the nomadic impulses that claim so many of our writers. She lived here, in South Africa, a South African, defiant against apartheid and also against the titters of the so-called genteel set, the liberals who found fault with her uncompromising stance. She was a home-grown revolutionary â€“ but it is worth remembering that Gordimer also cherished the bonds that link writers across borders.

Reflecting on fellow Nobel laureate Wole Soyinka, she said â€œHe has done something Camus despaired of seeing any activist achieve: lived the drama of his time and been equal to the writing of it.â€ But Gordimerâ€™s assessment of Soyinka provides a clue to her own status as a writer. Her fiction never shied away from drawing from the freshest pages of history. Luckily for us, she was equal to the task of writing it. If Mbeki and Zuma received literal attention from the likes of the Reverend Frank Chikane and his book Eight Days in September, Gordimerâ€™s last novel, No Time Like The Present, placed a kind of literary focus on the two leaders that seemed almost impertinent in its immediateness.

Even as she wrote alongside history that was only few years old, however, it was her ability to leave moments of silence in her fiction that spoke most eloquently, daringly and damningly. It is her unflinching focus on how individuals wrestle with personal responsibility, even as they face political, social and family pressure, that has been the source of her literary strength across the vivid decades of South Africaâ€™s recent past.

If the notorious immorality act once forbade mention, let alone practice of sexual relations across race frontiers, the present has rendered invisible some of the contradictions of a society that was once constructed around race. Thus, in No Time Like the Present, Jabulile and Steve have come back to establish their careers, like other returnees from exile. It is fascinating to observe the delicate balance they have to strike as they attempt to communicate across the vast cultural gulfs that separate their two families.

But the complications are never simply binary, and beyond any racial and cultural minefields that they have to negotiate, Steve has also to content with the demands and expectations of his father and the deference to his Jewish motherâ€™s claims on him.

One of my favourite sentences from No Time Like The Present is, â€œThere was no space for meaning in personal achievement. Climb Mount Everest or get rich, all cop-outs from reality, indecent signs of being on the side of no change.â€ Indeed.

To cut to the quick, observations like that serve as a reminder, if one were still needed, that Nadine Gordimer belongs in that very special club, the great world writer. Her voice will be missed, but lucky for us, in her writing it will never be lost. Victor Dlamini isÂ a Joburg based writer, communicator and portrait photographer with a deep interest in social issues. This obituary was first published on his website.