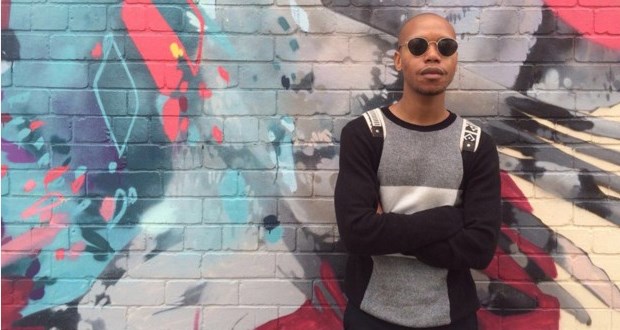 Born Nakhane Mavuso and later changed to Mahlakahlaka, the author and singer took on the TourÃ© signature as a way of dedication to his champion, Ali Farka TourÃ©, the Malian singer and multi-instrumentalist. TourÃ© shared with Mbali Zwane how seeing characters like him in books saved his life.

I remember being a young queer boy, coming to terms with the fact that I felt like an outsider all my life and picking out James Baldwinâ€™s Just Above My Head. That book saved my life because here was someone who felt like me. It made me accept that my feelings were not crazy.

Growing up I was the only child for about eight years and I was raised by a lot of different people. I was raised by my mother then my aunt and cousin, I was always shifted around to different places. I had to grapple with my surroundings and I really liked my own space. During this time, my imagination was the only thing keeping me sane. I read a lot. In primary school, my friends and I used to get the same books and challenge each other on who would finish reading the book first. In grade 11, we had to submit essays. The teacher said she wanted to see me after class and I remember thinking â€œOh goodness, what have I done?â€ She said, â€œI read your essay, itâ€™s good but itâ€™s not an essay, itâ€™s a short story. Do you want to write a book? Write a book and Iâ€™ll read it.â€ She gave me some validation that I could do it and be good at it. She attributed to my existence in the world.

Reading has made me not kill myself. Itâ€™s important for any reader to be able to connect with a book, even if the writer is from a different generation and on the other side of the world. Reading books that had characters like myself helped me deal with a ton of things. Like Toni Morrison said, if youâ€™re not reading what you want to read, youâ€™re in a good position to write it yourself. Thatâ€™s how my book Piggy Boyâ€™s Blues came about.

I started writing to exorcise my demons. Any writer that says they were initially writing for people is not telling the truth, because on some level, any sort of creative work is selfish and youâ€™re doing it to please yourself first. Before even thinking about publishing, I just wanted to get something out of me. I wanted to cleanse myself by writing it out. When I initially started writing the book, it was a memoir but then I thought â€œAhh, I donâ€™t read memoirs so maybe this wonâ€™t workâ€. I also wanted to work my imagination while writing a story that was so influenced by my surroundings but I wanted to look at it from an outsiderâ€™s point of view, with a wide-angled camera of these characters.

Writing has allowed me to just sit down and listen to people. One of the things I loved about my editor was that if I wanted to make a decision about the book, sheâ€™d say, â€œWhat do you think the character wants?â€ and Iâ€™d be like, â€œFuck, just tell me and stop Miyagi-ing meâ€. That was one of the biggest gifts from the book. I had to sit down and listen to the characters and their needs. Going to festivals and panel discussions has also enabled me to learn things from my fellow writers in conversations. It excites me to just sit down and listen and learn, Iâ€™m like a baby here still fumbling about. Writing has assured me that Iâ€™m not alone and a freak, itâ€™s a testament. Writing the book was really difficult but enjoyable at the same time. The book was an on-and-off process of seven years. It changed significantly towards completion. I didnâ€™t want the book to be unreachable so I worked on it a bit more. The most difficult thing in writing the book was finding my own voice. I have lots and lots of heroes, how do I use my influences from those heroes but mixing it them up in order for it to be me? To write like myself has been difficult and the only thing thatâ€™ll help fine-tune my voice is to keep writing.

The challenging thing after my book got published is the separation between the book and Nakhane. In the beginning, I felt like I had to hammer the fact that it is not an autobiography or a memoir. But someone advised me that you can never write yourself out of your work because itâ€™s your work so I decided to let it be. On some level, of course, Iâ€™m using myself and experiences in the book because I can access those feelings to feel like the character. The book is not biographical but it is intimate. Iâ€™m not bothered by it anymore, if it helps the reader connect to the book, thatâ€™s okay. Iâ€™ve done the work and how you chose to enjoy it is up to you.

People telling you what to do and policing creativity murders the creative process all the time. Before you even write a page, youâ€™re thinking of business and whether or not this will be shelved and sold. It clogs your creativity.

It took a long time to finish writing the book and at 28, Iâ€˜m happy it is what it is now. The book will always be a snapshot of who Nakhane the writer was. Even if I wake up three years from now and question it.