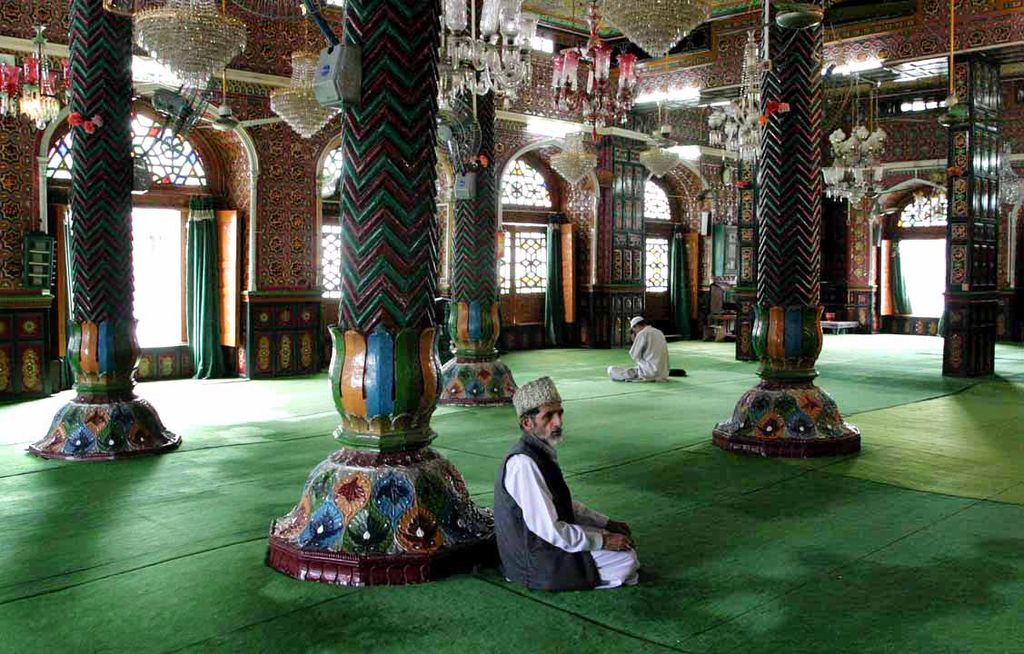 Last week, esteemed Indian actor Naseeruddin Shah argued in The Hindustan Times that Indian Muslims needed to rise above the prejudices they faced as a community in the country. Muslims in India are facing intense scrutiny since right wing leader Narendra Modi became Prime Minister in 2014, but Shah seems to suggest that Muslims needed to â€œget over the feeling of victimization they are in nowâ€. Here is why Shahâ€™s argument is dated, laced with stereotypes and elitist.

Shahâ€™s article was part of a series in the Hindustan Times called #BeingMuslimsNow, which the newspaper launched following a trail of attacks on the countryâ€™s Muslim community over the past three years. It is odd that that in a series dedicated to exploring the threats faced by Muslims in Modiâ€™s India, the Hindustan Times would cap the series by an actor who does not identify as Muslim and who argues that Muslims â€œget over the feeling of victimization they are in nowâ€.

It is not that that Shah should not be allowed to write about Muslims, or Islam, but as an Indian elite, who does not identify with the faith, what purpose does his contribution serve except to conjure up a dish that show little, or no understanding of the lived reality of the community.

It is all very peculiar. Shahâ€™s emphasis on â€œIslamâ€ and â€œMuslim behaviourâ€ rather than the rise of far-right Hindu groups and their attacks on Muslims is problematic.

â€œMy wife Ratna is Hindu, and we were married much before the term â€˜love jihadâ€™ was coined and acted upon. She and I both have no more than a ritualistic connection with our respective religions. Eid and Diwali are joyous occasions for us and we celebrate both with equal gusto – so our disparate religious upbringings didnâ€™t merit a thought.â€

Here, he rails against a â€˜true Muslimâ€™ who want to have more than a ritualistic connection to their religion. In so doing, he portrays himself as a â€˜good Muslimâ€™, the one who obviously does not take his faith seriously.

As it stands, Muslims, who make up around 14% of the countryâ€™s population, are facing attacks over their faith in India. Here, Shah suggests that whitewashing the faith is most likely their best solution.

â€œRichard Dawkins’ statement that religion has â€œnothing whatever to do with goodnessâ€ does not need any verification when one looks at whatâ€™s happening everywhere in the name of religion.â€

The veteran actorâ€™s decision to quote Richard Dawkins, a known Islamophobe, to buttress his point that religion has nothing to do with goodness, is pitiable. But he goes on to call for reforms in Islam and an â€œenlightened interpretationâ€ of the religious scriptures.

Of course, there is a need for reforms in the Indian Muslim community. Nobody denies this. But the imminent threat to security and livelihood of Muslims comes from the Hindu far right, and Shah ignores this completely. The fact that nearly a dozen Muslims have been lynched since Modi came to power three years ago, is not mentioned.

The livelihood of millions of Muslims have been destroyed in the name of cow politics and members of the community have publicly faced discrimination, Muslim youth have been targeted for â€œluring gullible Hindu girlsâ€, while minorities have been subjected to forced conversions as part of the Ghar WapsiÂ (home coming) campaign.

Shah does not raise these uncomfortable truths.

â€œIndian Muslimsâ€™ indifference, particularly among the economically weaker sections, to education or hygiene need not be reiterated nor the fact that they have no one but themselves to blame for these ills.â€

His charge that Muslims are indifferent to education smacks of elitism and lack of his understanding of the social reality of the community. Does Shah not know that India has a poverty problem? No one lives in rubbish, by choice.

When it comes to Muslims, several reports have shown how difficult it is it for the poor (that is, all Indians) to access good schools or higher education.

Instead of acknowledging the wider context, he singles out the community and goes on to offer sermons on the importance of education and the need to root out misogyny. However, misogyny is an Indian male issue, not exclusively a Muslim issue.

Either it is a deliberate attempt not to take on the far-right groups â€“ typical of Bollywood stars â€“ or a display of willful amnesia.

â€œUndeniable though it is that many Indian Muslims misguidedly consider Pakistan their haven, the immeasurably greater number who take intense pride in being Indian and who connect deeply with the country are hurt and angered at our patriotism being under scrutinyâ€

This is not backed up by any evidence and is therefore extremely problematic. May we remind Shah that the vast majority of Muslims chose India over Pakistan in 1947 when the subcontinent was vivisected into two by the British colonial rulers.

As part of the rant, Shah alleges that Muslims have not condemned groups like ISIS. But again, this claim is found wanting.

Prominent Muslim scholars from around the world have condemned ISIS while tens of thousands of Indian Muslims rallied across the country against the armed group that originated in the Middle East.

The 67-year-old actor labours hard to do a balancing act as if both sides are equally responsible for the current scenario. This is dangerous and unfairly puts the blame on Muslims who face an imminent threat from the hyper-nationalism and majoritarian politics under Modi.