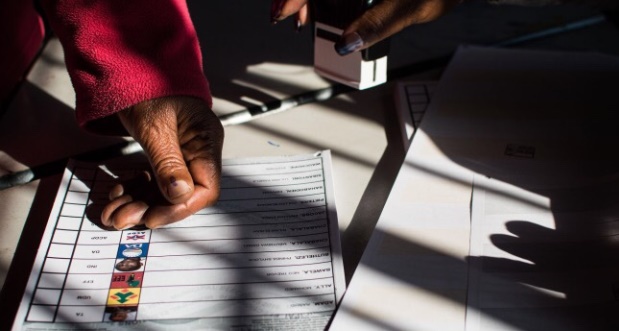 No one is fooled. When ANC Secretary-General Gwede Mantashe complains that the local government voting system has been unfair to the ANC, we know that what he is actually doing â€“ he is making excuses for the fact that the ANC has lost absolute political control in crucial metropolitan municipalities. He is complaining about the rules after the game is over. If thatâ€™s just being a sore loser, more sinister is his threat to change the voting system to one that enables the ANC to do better.

Letâ€™s be clear: Mantashe, like most South Africans, alas, does not understand the voting system employed in local government, and he does not understand the principles that govern proportional representation. But is there, obscured by is cognitive fog, some dim outline of a certain truth? Does the system disadvantage the ANC, as Mantashe implies?

Yes and no. It depends on how one defines disadvantage.

If being disadvantaged by a set of rules means that there is some other set of rules under which one could do better, then certainly the ANC is disadvantaged by the local government voting system. If South Africa had a British-style system of First Past the Post (FPTP) voting (technically, plurality-based voting in single-member constituencies) then the ANC would preside over our electoral scene as an even greater colossus than it does now. For example, the EFF would probably not have a single seat in parliament. Why? Because its supporters are dispersed, and they could probably not outvote the ANC in any one parliamentary constituency.

But if by disadvantage one means treated unfairly â€“ and I think this is closer to the standard meaning â€“ then the ANC has certainly not been disadvantaged. It has been treated entirely fairly. The proportion of seats it has obtained in municipal councils nearly exactly matches the proportion of votes it obtained among voters in the municipality area. Itâ€™s that simple. What the ANC wants is something closer to an FPTP system in which it could unfairly disadvantage other parties.

Proportional representation is simply fair representation: an expression of the elementary idea that your strength of representation depends on how many people vote for you. PR also tends to produce more pluralistic and multi-party legislatures that give voice to more diverse interests. It eliminates wasted votes and the incentive to vote strategically against your first choice of party. The party-list element can also facilitate fairer gender representation (I wonâ€™t explain here).

Still, the ANC agreed to PR as a concession to smaller parties â€“ and, in effect, to racial minorities. These were the terms on which our elites pacted. Felicitously, they pacted around a voting system that is democratic and fair by any objective measure.

There are always interests involved in choosing voting systems â€“ given systems invariably favour one or another party. Like cartographersâ€™ efforts to project a sphere onto a flat surface, every electoral solution involves trade-offs between important values.

But that doesnâ€™t mean one cannot assess a systemâ€™s merits and demerits from a disinterested standpoint. Viewed disinterestedly, the municipal AMS (additional member system) does a decent job of reconciling direct accountability of representatives with fair representation of parties.

The party-list form of proportional representation at national and provincial level has come under criticism for not giving voters a direct say over which individuals represent them locally. Ironically, the additional member system employed in local government addresses exactly this deficit, offering a form of PR that includes a constituency element. Electoral reformers, like the Slabbert Commission, have themselves usually proposed one or other variant of AMS (and several variants are possible). Local government is the ideal towards which the national and provincial system ought to be reformed, Gwede!

I could think of improvements that could be made to the system, but the improvements would not produce better results for the ANC.

For example, I think that only the party-list vote should determine overall seat proportions, not the combination of ward and party-list votes. Putting both types of votes in a single pool creates a confusing incentive structure and arguably detracts from one of the purposes of AMS-type PR, which is to enable you to choose a constituency rep without having to worry about how your choice will affect the overall composition of a legislature or council.

There is one feature of the PR electoral systems employed in SA that does arguably give some unfair advantage to tiny parties. Parties that do not have enough votes to meet the quota required for a seat compete to see who has the highest remainders â€“ and if there are seats still to fill after seats have been apportioned on a quota basis, the remaining seats go to parties with highest remainders. These could be any party, very large or very small. The extra seat you get thereby is backed by fewer votes than a seat based on a full quota of votes. Because the biggest party can also win a remainder, itâ€™s debatable whether this specifically advantages tiny parties â€“ but it does mean one has tiny parties in legislatures despite their not having enough votes to meet a single seat quota.

On the plus side, thereâ€™s something charming about this generosity to very small outfits. But if Mantashe wanted a defensible threshold for parliamentary or council representation, he could argue for a system where only parties able to meet at least one quota seat can compete for remaining fractions of a quota. In that case, goodbye to the Patriotic Alliance in Nelson Mandela Bay and the United Democratic Movement in Joburg.

Would we miss them? Actually I might. I voted for one of them!