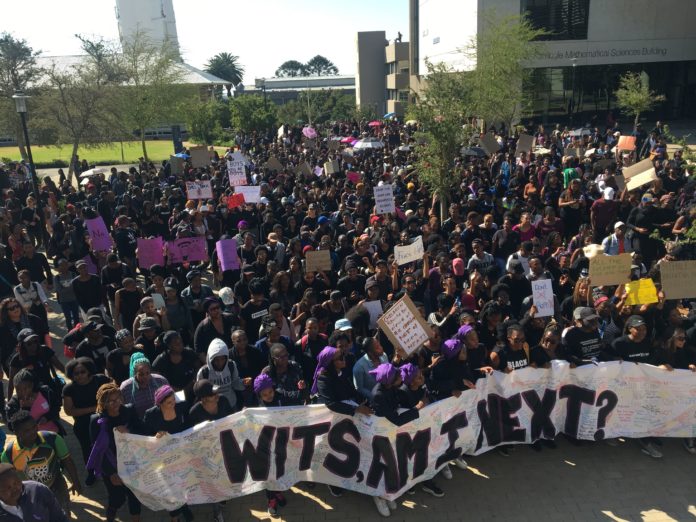 These past few weeks following the rape and murder of 19-year-old Uyinene Mrwetyana has thrown into the spotlight the issue of gender-based violence. Many have called for stricter action from the government including a state of emergency and bringing back the death penalty. However, many legal experts say these aren’t solutions. The Daily Vox team spoke to Vuyolethu Mntonintshi, from the Centre for Applied Studies about why those aren’t solutions.

What is a national emergency?

The state of emergency is generally defined as the process when the sitting President declares a state of emergency when “the life of the nation is threatened by war, invasion, general insurrection, disorder, natural disaster or other public emergency; and if the ordinary laws and government powers are not sufficient to restore peace and order. A national emergency has not been declared since the dawn of democracy in the country. State of Emergency can only be called in accordance with the act of parliament.

We would have to imagine a country that is only government by the president, no laws in place, curfews, lack of freedom of expression until the urgent threat to the state has subsided. A state under state of emergency is like a dictatorship. It could have serious legal consequences.

Under what conditions can it be called?

The Constitution and the State of Emergency Act states that a state of emergency can be called when the life of the nation is threatened by war, invasion, general insurrection, disorder, natural disaster or other public emergency.

Section 37(1)(a) is vague enough to allow for the state of emergency on GBV to be declared, only when it can be established that is an “public emergency”. However this could be very contentious, considering that GBV has been a problem in the country for many decades.

What does it mean for the rule of law?

There are limitations on people’s rights in a state of emergency. See section 2(2) of the act. You have a process where the president is given more power insofar as he can make rules etc. This is not a great situation for the rule of law, because normal proper process is interrupted. Things like participation in law making during that period is suspended. The president and certain other bodies will yield even more power and the operation of powers is less distinct.

Could the president call for one with the GBV crisis?

NO. We already have adequate laws dealing with GBV the problem is the implementation of those laws. Why must rights be limited in order for government to achieve what it should be 11 Section 37 of the Constitution of the Republic of South Africa, 1996 achieving with the laws and policies currently in place.

People do not understand that a state of emergency is not business as usual and is a very serious reaction, which may (contentiously) has its place in war. It means everyday life will not continue as usual and our rights and freedoms will be limited. Things like curfews may be put in place. There may be detentions without trial. All your rights can and will be limited.

Finally, if we consider that a state of emergency is a response to war then we are applying the idea that we need to fight sexual violence with violence which is absurd and very problematic.

What is the history of the death penalty in South Africa?

The death penalty was abolished in 1993-1994. There was a case called State versus Mokonyane which debated whether the new constitutional democracy should have the death penalty or not. The conversation was that the state couldn’t kill in retribution because the constitution values the right to life of everyone.

Why shouldn’t it be reinstated?

How can the law be changed?

Laws need to be created that are more victim-centered as compared to what we currently have. We also need to strengthen our support systems for people who have been sexually violated through shelters and counselling. There needs to also be more sexual offences courts which are strengthened.

As the gender team I work for at Cals, we have had a conversation around the sex offenders registry. I can assure you that even me as a lawyer I don’t know how to access the list. It is hardly ever updated. If it is updated it’s not updated in all provinces. There are conversation around where it should be made public and so on but it should be made public.

What would be an alternative?

People in South Africa must become aware of their obligation to act against violence (in any form) and to call out problematic conduct. Accountability is key, both legally and in a community sense.

These are the changes we need and they will not be sorted out quickly. This is a long process and cannot be addressed by a state of emergency which will cause more problems than solutions.