Home Features This is why Nelson Mandela Bay has slipped out of the hands...
WhatsApp
Facebook
Twitter
Email
Print 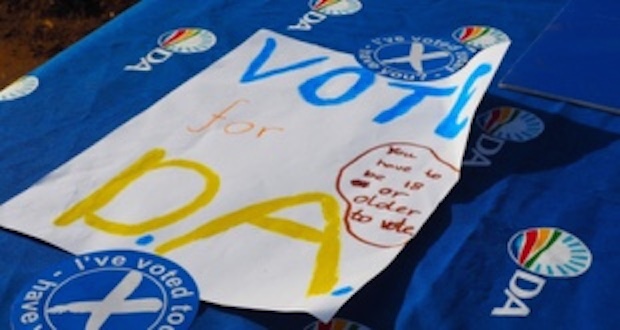 With 90% of the vote counted, Democratic Alliance leader Mmusi Maimane has announced that his partyÂ hasÂ won the Nelson Mandela Bay metro.Â The DA has triumphed over the ANC by aÂ five percent margin.

“It is very symbolic,” Maimane said, when asked by a journalist whether victory in Nelson Mandela Bay was significant for the party.

The ANC has however refused to concede saying that it will be lodging a complaint after ballot papers were found outside the IEC’s Eastern Cape results centre, which still need to accounted for.

The DA however are confident of victory.

Zolani Marawu, a 25-year-old student researcher at Nelson Mandela Metropolitan University says that while he is neither a supporter of the ANC, or DA, he welcomes this assertion of people’s agency.

In the meanwhile question marks hang over the ANC’s performance.

We spoke to Sithembile Mbete, from the political sciences department at the University of Pretoria, who said what’s happened in Nelson Mandela Bay is not so much the DAÂ winningÂ but the ANC losing against itself.

Yay…looks like Nelson Mandela Bay Metro is on the cusp of CHANGE! I’m so happy right now:)#IfDAwins can become #WhenDAwins!!! #KhulaDA

Speaking in a Facebook Live interview with the Daily Vox, Mbete said, “Turnout in the ANC strongholds was poor and we saw the ANC winning by smaller margins in their strongholds.”

“The reasons why the ANC wouldn’t get the majority is too little, too late, which characterised all of their campaign, which characterised all of the turnarounds that they made – the arrogance, the hubris, the corruption, the inability to manage their internal factions; it’s a long history. Nelson Mandela Bay and systematically what happened there is two things, both to the disadvantage of the ANC. First is that opposition parties did grow, and second is that ANC voters stayed away,” he said.