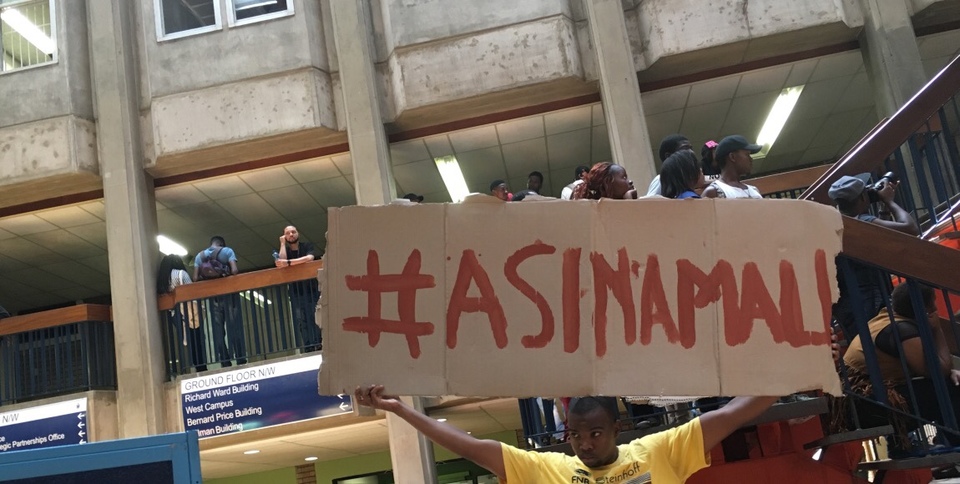 Enkosi Ntwana, the South African Students Congress’s (SASCO) western region’s executive congress member, told The Daily Vox that they were protesting because of the university’s lack on delivery on student issues such as bursary and National Student Financial Aid Scheme (NSFAS) payouts.

“Students have had certain issues with bursaries like Funza Lushaka and NSFAS, so students don’t have books and meals and we are going into exams without any textbooks or food. The next thing that’s going to happen is that they are going to get excluded, due to the systematic oppression that has been happening to these students,” she said.

The organisation says that the protests will continue until demands are met, in spite of the looming exam season.

Following the ongoing mass student protest, classes and all the university’s campuses have been closed.

Honours student Ziyanda Potwana said in an interview with The Daily Vox that all entrances have been barricaded at South Campus, which is the main campus, and this has affected the running of classes. “Our classes are cancelled, as far as we can tell, but we have not received any email or communication from the university that states when classes will resume,” she said.

According to a press release by the university, students have barricaded all entrances at their main South Campus, which resulted in the suspension of classes in all of its campuses. “Staff and students are therefore advised to liaise directly with their line managers and lecturers so that alternative work options may be initiated as negotiations with protesting students continues,” the statement read.

The university said it will continue negotiating with SASCO until an agreement is reached.