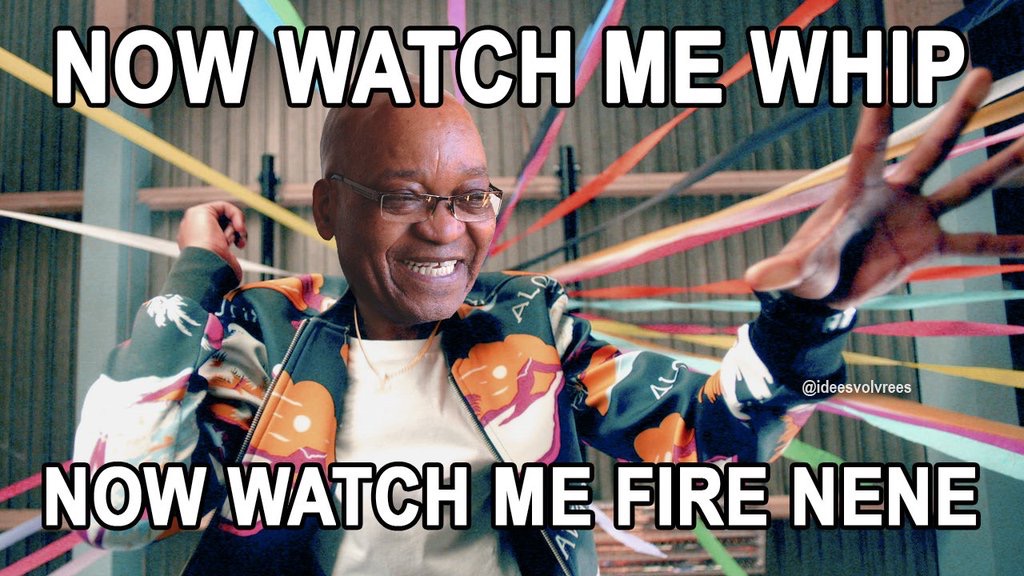 On Wednesday night,Â President Zuma announced the removal of Finance Minister Nhlanhla Nene. The news came as a shock, and the markets plummeted soon after, with the rand hitting R15 to the dollar. AAISHA DADI PATEL rounds up the reaction from Twitter.

Around 8pm last night, South Africans were alerted to the dismissal of the minister of finance, by way of a press statement.

The presidency’s website soon crashed under the weight of inquiry but there was nothing much to see for those who did manage to access the site.

The statement contained no explanation of the reasons for Nene’s dismissal, saying only that he would be redeployed and replaced by ANC backbencher and ousted former mayor of MerafongÂ David Van Rooyen.

This is probably the best thing that will happen today #ZumaMustFall #NeneFired pic.twitter.com/XVRjVy87FG

(And if you didn’t get that joke you should probably watch this.)

A David Van Rooyen parody account was launched before most South Africans had had time to process the news.

Everybody just chill. I got this.

Within a matter of hours, the already volatile rand, which closed at R14.51 to the US dollar on Wednesday, shot up to R15 to the dollar.

Some speculated about the reasons for Nene’s axing.

But most were still in shock about it.

Even after having spent 2.5 hours looking at it, from as many angles as possible, Nene's firing still has me like pic.twitter.com/4BHXVURTYH

On Thursday, #ZumaMustFall was trending and a lot of shade was thrown the president’s way.

The presidency still wasn’t speakingÂ but the ANC didÂ thank Nene for his contributions as the minister of finance.

The former Minister of Finance, Cde Nhlanhla Nene, remains a valuable resource in the organisation…

We accordingly commend him, Cde Nhlanhla Nene, for the excellent service he rendered to the department & the people of South Africa.

That’s got to count for something, right?