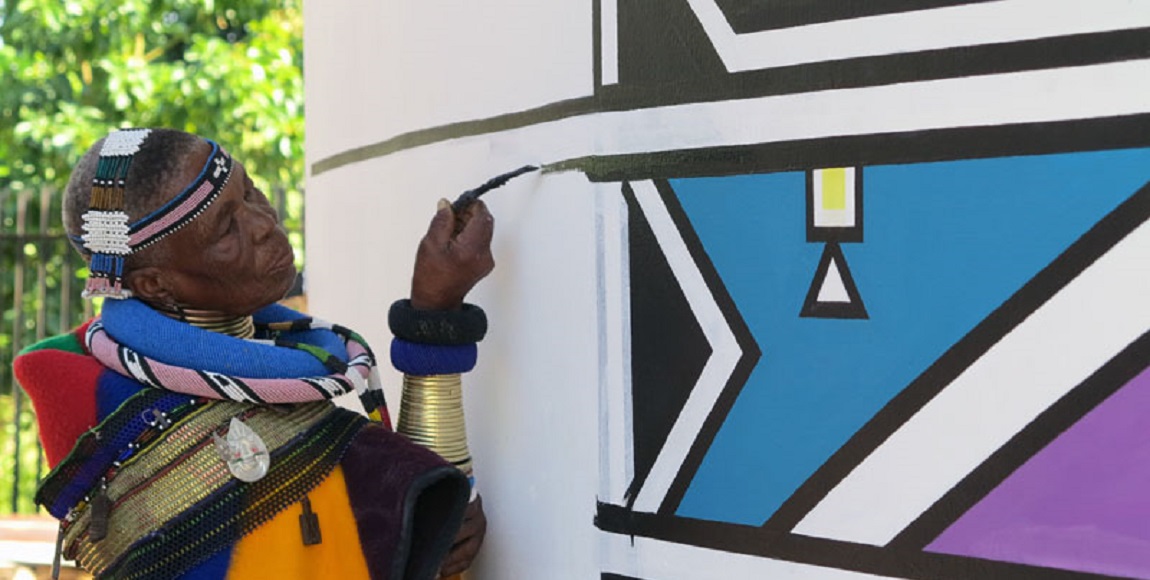 Right now, New Yorkers are walking across a giant Ndebele-inspired mural thatâ€™s been painted across a two-lane road in Tribeca.

Posting on Instagram, Roberts said the piece represents â€œa feminine energy force that is all encompassing, inclusive and awe-inspiringâ€.

Mahlangu was born in Mpumalanga in 1936. She learnt traditional Ndebele painting and beadwork growing up as a child and has travelled the world showcasing her mural and painting skills. In the 1980s, she decorated a wall inside the infamous AngoulÃªme Museum of Fine Art in France. In 1991, Mahlangu became the first woman to create artwork on a BMW 525i sedan, which was displayed at the Frieze Art Fair at the British Museum, and refined the BMW 7 Series in 2016. She also teamed up with luxury vodka brand, Ciroc, and R&B singer and songwriter John Legend to help design vodka bottles on an HIV awareness campaign.