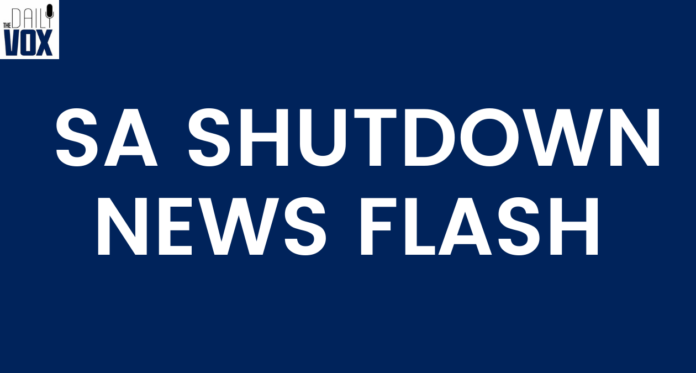 On Wednesday, July 7, former South African president, Jacob Zuma, turned himself in to the police to begin his 15 months in jail for contempt of court. In response, mass protests have taken place across the country.

The court sentenced Zuma to 15 months in prison for defying an order to give evidence at the Zondo commission of state capture. Zuma has maintained that he is the victim of a political witch hunt and that deputy chief justice Raymond Zondo is biased against him.

The South African Police Service (SAPS) had signalled they would arrest Zuma by the end of Wednesday if he failed to appear at a police station. Hundreds of his supporters, some of them armed with guns, spears and shields gathered in Nkandla to try to prevent his arrest. Zuma turned himself in at the Escourt Prison

On Thursday, Ronald Lamola, justice and correctional services minister, said Zuma will be held in isolation for 14 days in line with COVID-19 protocols. He added the former president will be eligible for parole after about four months. On Friday, July 9, the high court dismissed Zuma’s application to have his arrest overturned.

Protests erupted on Thursday evening by people in alleged support of a movement to free Zuma. SAPS arrested 28 people in KwaZulu-Natal (KZN) on charges including public violence, burglary, malicious damage to property, and contravention of COVID-19 lockdown regulations. Protests have taken place across areas such as Peacevale along the N3, Umgababa on the N2, KwaMashu, Inanda, Umlazi, Clermont, Pinetown and the CBD.

KZN police spokesman Jay Naicker said protesters had set alight some trucks near Mooi River, a town on the N3 highway that leads from Durban to Johannesburg. Shops had been looted in Mooi River and eThekwini, the municipality that includes Durban. The N3 was closed at Mooi River in the early afternoon on Saturday, July 10.

On Saturday, July 10, several roads in Mpumalanga were barricaded. Roads leading to Pienaar, Emoyeni and Hlau Hlau were barricaded with burning tyres and rocks. The N12 was closed on July 11 and coal trucks were allegedly burnt.

The province was relatively quiet. However police said they will be on high alert following threats of road closures and potential attacks on trucks and transport companies throughout the province on Monday.

Protest action in KZN spread to Gauteng on Sunday. The Johannesburg Metro Police Department (JMPD) reported protest action as early as July 10 on the M2 near the Denver exit. Roads were blocked off with rocks and burning tyres, and road users were cautioned to avoid these routes. More roads were blocked off as protests flared up in Jeppestown, Benrose, Denver, Berea and the Johannesburg CBD.

Several hundred people looted and burned stores in the Alexandra and Bramley neighbourhoods of Johannesburg.The JMPD has arrested 62 people so far, with two people reported dead as a result of the protests.  The N3 highway that links Johannseburg to Durban was blocked for many hours.

Extensive looting and violence was reported throughout the weekend in KZN. A mall in uMlazi was looted while Brookside Mall in Pietermaritzburg was set alight.

Shops will remain closed in KZN and Gauteng to prevent further looting.

Due to the violence, many services were disrupted including those at hospitals in KZN.

On Monday morning, Dischem announced that all their pharmacies, vaccination sites and drive-through centres would be closed in KZN. The eThekwini municipality said the municipal bus service would be suspended as well.

On Monday, several people were arrested in Katlehong after allegedly stealing from a shopping centre.

Earlier today, the JMPD were chasing and arresting looters at the #JabulaniMall in Soweto.

In a media statement, the Democratic Alliance leader John Steenhuisen called for the immediate deployment of the SADF, and for parliament to reconvene. Steenhuisen appealed to President Ramaphosa to meet with party leaders, and have an urgent meeting with NATJOINTS to devise a strategy to prevent the escalation and spread of violence.

The Economic Freedom Fighters has called President Ramaphosa incompetent and useless, in handling of Covid-19 and the uprisings in Guateng and KZN. In the statement released via the EFF twitter account, the EFF has accused Ramaphosa of not being able to handle factionalism within the ANC. EFF leader Julius Malema disagreed with the deployment of the army. He said a political solution is needed, not soldiers.

Along with the news, there was also a lot of fake news going around.

A video was circulating that the Hluhluwe iMfolozi Park’s fence was cut down. However, it was confirmed that the video was from a protest that had taken place early this year.

There was also footage of police officers putting goods into their van. The eThekwini municipality said the city noted with concern the video of the officers. Upon a preliminary investigation, it was determined that the officers were not looting, but rather confiscating the goods from looters. The city called on communities to remain calm considering the civil unrest currently taking place and listen to the radio and other media to stay informed of current developments.

In a media statement released on Sunday, the National Joint Operational and Intelligence Structure (NatJoints) announced that several arrests had been made in relation to the violent protests in KZN and Gauteng.

The Road Freight Association (RFA) warned the 33 trucks lost in the KZN riots would lead to some business closure and unemployment. RFA CEO Gavin Kelly said small businesses like petrol stations linked to the freight industry might shut down. He said the small economies along these trucking routes will be hit the hardest.

Col Brenda Muridili, spokesperson for the National Joint Operational and Intelligence Structure (NatJOINTS) said a warning had been issued  to those circulating messages inciting violence.

Journalists came under attack amid incidents of violence in Gauteng on Sunday. The South African National Editors’ Forum (SANEF) has strongly condemned the attacks on journalists covering the unrest and looting in Johannesburg.

According to SANEF, an SABC television crew was robbed in Alexandra, while a camera and vehicle belonging to Newzroom Afrika was badly damaged in Hillbrow. Other journalists faced intimidation from perpetrators.

“The two attacks left a bitter taste in the mouths of journalists and editors, who assigned teams to cover the violent protests across Gauteng this morning,” Sanef said in a statement.

During a presidential address, where Cyril Ramaphosa extended level four restrictions for a further two weeks, he condemned the violence. “While there are those who may be hurt and angry at this moment, there can never be any justification for such violent, destructive and disruptive actions.

It is a matter of concern to all South Africans that some of these acts of violence are based on ethnic mobilisation,” said Ramaphosa. Ramaphosa said all those involved in the protests would be arrested and prosecuted.

This piece will be updated throughout the day.