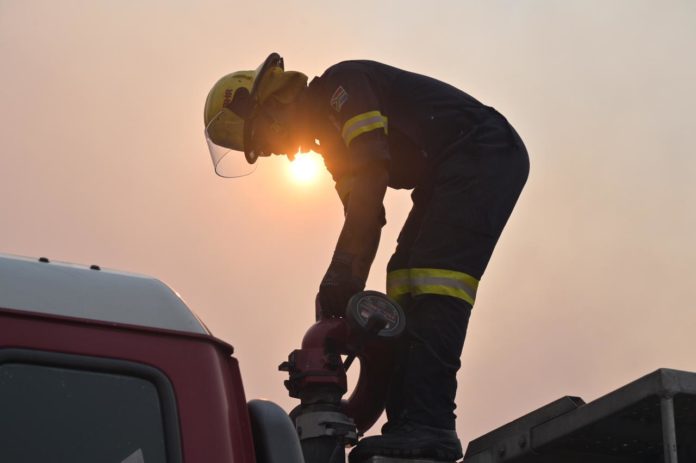 A fire that started in the early hours of Sunday morning has wreaked havoc on Cape Town, destroying historical buildings and forcing the University of Cape Town to suspend its academic programme for two days.

On Monday morning, the fire that has ravaged parts of Cape Town had spread to Devils Peak and the front face of Table Mountain, forcing a new round of evacuations of nearby suburbs. Although the damage caused by the fire is extensive, it has thankfully not caused any loss of life. Four firefighters have however been hospitalised with injuries.

The greatest loss incurred so far is a trove of human history that is almost certain not to have survived lost when the blaze hit the African Studies and Special Collections Library at UCT.  Ujala Satgoor, executive director of the UCT libraries said some of the most valuable collections had been lost. “As some of us watched, from on site, with horror and helplessness this elegant and historical library burn, I can only imagine the shock and horror you must have felt as you watched the news reports and pictures of this destruction,” said Satgoor through a Facebook post.

Students at the university were evacuated as the fire damaged several buildings at the campus, including the library, and several residences. The affected students were taken accommodated in hotels in the city. Cape Town residents also took to social media to offer accommodation and assistance to displaced students. Humanitarian organisation Gift of the Givers prepared 4000 meals for the affected students.

All academic activities at the university have been suspended for two days – Monday and Tuesday. UCT vice-chancellor Mamokgethi Phakeng said: “The safety of students and staff is paramount. For safety reasons, campus will be locked down and no one, other than emergency services, will be allowed access. We are all anxious about the extent of the damage to the Rondebosch campus. We will provide updates as soon as we are able to do so.” [UPDATE APRIL 20] UCT has suspended the academic programme till April 23 2021.

How did it start?

Around 9am on Sunday morning, April 18, a fire broke out on Table Mountain. The NCC Wildfires, a firefighting service with the South African National Parks (SANParks) said the fire started around Philip Kgosana Drive in the game camp area between the University of Cape Town (UCT) and the busy Hospital Bend junction near Groote Schuur Hospital. The fire burnt down a restaurant at the Rhodes Memorial before spreading to UCT.

SANParks said after investigating the source of the fire, they found it originated from a “vacated vagrant fire.” On Monday morning, a person was arrested on suspicion of starting one of the fires.

Cape Town had an extreme fire danger index with temperatures of 36 degrees and low humidity which caused the fire to spread rapidly in the direction of the Rhodes Memorial. “One of the major contributors to the rapid rate of spread was the very old pine trees and their debris,” said SANParks.

Early this month, more than 500 firefighters in the Western Cape feared they could face dismissal after disciplinary procedures were instituted, two years after a dispute over working hours. In 2019, the firefighters demanded overtime pay and a reduction in working hours. The firefighters said “the long working hours had a detrimental effect on their well-being and were not in line with the Basic Conditions of Employment Act and international best practice.”