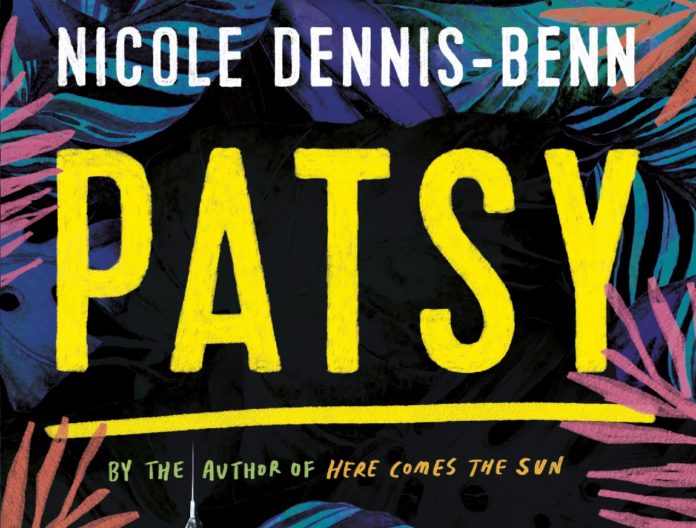 Societies have reproduced motherhood almost as a state of martyrdom. In becoming mothers, women are expected to forfeit themselves and adhere to a specific code of how to act and to love. Mothers must be selfless, and sacrifice their own needs and wants to raise their offspring.  Women who don’t conform risk harsh criticism. Acclaimed Jamaican author Nicole Dennis-Benn’s much-anticipated latest book Patsy upends expectations of motherhood, and women’s agency in all its glorious complexity.

As the title suggests, the book masterfully crafts the portrait of Patsy, who isn’t a “fashionable” hero: she is poor, black, overweight, queer, and undocumented. But Patsy has a hunger that carries her straight out of Pennyfield, the derelict area that she comes from in Jamaica, to the United States (US) where dreams are made. When Patsy’s childhood love Cicely leaves for the US, she leaves a gaping hole in Patsy’s life that motherhood and her bureaucratic job can’t fill. This compels Patsy to seek love and freedom with her visa that takes her to New York City.

Dennis-Benn’s debut novel Here Comes The Sun was published by Norton/Liveright in 2016. Among the many nods it received from the literary world, the book won the Lambda Literary Award for Fiction, and was long-listed for the Dublin Literary Award. It’s easy to see why.

Dennis-Benn’s writing is sublime, gifted with writing both her description and narrative. But perhaps the best part of her writing is her dialogue. Dennis-Benn writes dialogue in Jamican patois, which lends a lilting Jamaican rhythm to the story. It also gives the characters a more authentic voice. As a reader, you can also feel when characters are editing themselves for the white spaces they are entering, when they are comfortable, and when they’re vulnerable.

Her characters weave in and out of different spaces — Jamaican ghettos, fancy schools, the back alleys of New York, the beautiful brownstones that belong to white employers — and this reflects in their speech. What was interesting was seeing New York through the eyes of an undocumented migrant.

The New York City is a dream city in literature, in music, and in films. This is the New York that Patsy dreams of. But Patsy’s experience of the city is quite different. Dennis-Benn takes readers into the gritty streets of the city where the cold is relentless, the landlords are unforgiving, and the search for work is never-ending. Living day-to-day is a hustle and eventually dashes the hopes that Patsy had for herself, of making it and making her family and hometown proud.

What New York does afford Patsy is an agency and sexual freedom that was never present in Jamaica where she lived with her stifling and staunchly Christian mother. This is important because Patsy is also a queer woman. In New York, Patsy is free to love whoever she wants to love. The way Dennis-Benn writes about sexuality is so effortless. It’s easy for readers to understand the fluidity between Patsy’s desires and her longing for the love of her life. Patsy’s desire for freedom and the love of her life lead her away from her role as a mother.

A layered look at motherhood

When Patsy abandons her daughter to chase her dreams, it forces readers to mentally tussle with ideas about gender roles, motherhood, and maternity. Patriarchal expectations of women dictate that mothers must take care of children, whether they want to, or not. It’s so easy for us to dismiss a man for leaving his children: the deadbeat dad is one of the most common tropes in popular culture, but also in real life.

When Patsy thinks back on leaving her daughter Tru in the book, Dennis-Benn writes: “A good mother would have snapped a photograph of a baby girl not quite six with a mouth fixed like her father’s and eyes that seem to contain many moons that threaten to eclipse the sun,” Patsy thinks. “A good mother would have taken the time to use the very last second to inhale her daughter’s scent of Blue Magic hair oil mixed with baby powder. But she’s late to catch her flight.”

This forces the reader to reflect on what a good mother is. Is a good mother one who takes care of her child in spite of her personal ambition? Or is a good mother someone who pursues her dreams and is authentic to herself? “My mother always told me ah child is a gift from God. But I neva could bring me self to ask har what if I neva wanted it. What about what I want?” Patsy says to a friend, explaining her decision to abandon Tru.

What makes her departure more difficult to grapple with is that Dennis-Benn continuously shifts back to Jamaica where Tru is struggling. Tru moves in with her biological father and his family, desperate to hear from her mother again. At the same time, Tru is figuring out her own gender and sexuality. “She wants to play with them. But more than that, the quiet desire that rises up above all desires in the soundlessness — she wants to be them,” Dennis-Benn writes.

Ironically Patsy ends up working as a nanny, taking care of white, American children. Patsy gets this job because her employers (and others) perceive black women as more maternal. In ways, this is reminiscent of the ‘Mammy stereotype’ which offensively caricatured African American women during slavery as loyal and skilled domestic workers working for white families.

Patsy severs contact with Tru. “With much force, she severed all communication with her daughter, thinking it easier this way for both of them to move on. The absence of a mother is more dignified than the presence of a distant one,” Dennis-Benn writes.

All of this angst and turmoil makes Patsy’s eventual path to redemption all the more sweeter.

Patsy is an important read. This is not only because it confronts themes that are often ignored in a way that is both natural and visceral, but because of the characters themselves. Both Patsy and Tru are layered, complex characters filled with virtues and vices, triumphs and struggles. By the end, it feels like Dennis-Benn introduced readers to real people and not characters who live in the pages of a book.

Dennis-Benn will attend the Open Book Festival in Cape Town from 4-8 September.

Published by Oneworld Publications, the book is distributed by Jonathan Ball Publishers in South Africa. Patsy is available for purchase online and at most good bookstores.