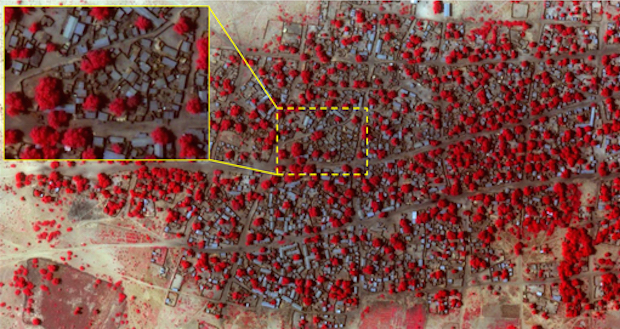 An eyewitness to the Boko Haram massacre in Baga says he saw Nigerian army forces and security officers run away from the town and give their guns to civilians in exchange for civilian clothes.

Speaking to BBC World Service Radio, the man said Boko Haram militants had killed women, children and the elderly, and that he had lost his father, brother and sisters in Baga.

â€œThose Nigerian soldiers or whatever you call them, they are very wicked. They have run away from our town to leave us to suffer. We are suffering now. I would leave this country if I could,â€ he said, weeping.

â€œThe Nigerian government are not taking care of us. They [Boko Haram] are killing us like animals.â€

According to the man, more than 6,000 people fled Baga and about 5,000 have taken refuge at a camp in nearby Maidiguri. It has been difficult to verify details of what exactly happened in Baga. The area is very isolated and is controlled by Boko Haram, leaving little opportunity for on the ground reporting or for eyewitnesses to get messages out.

Satellite images released by aid group Amnesty International this week showed the extent of the destruction wrought by Boko Haram in the area.

More than 3,700 structures in Baga and nearby Doron Baga appear to have been damaged or completely destroyed. Thousands of civilians have also fled the area.

â€œThese detailed images show devastation of catastrophic proportions in two towns, one of which was almost wiped off the map in the space of four days,â€ Daniel Eyre, Nigeria researcher for Amnesty International, said in a statement.

Nigerian president Goodluck Jonathan made a surprise visit to Maiduguri on Thursday to meet survivors of the massacre. Jonathan promised that people would be returned to their homes and said the army was now better equipped to deal with the rebel forces.

Listen to the interview here: