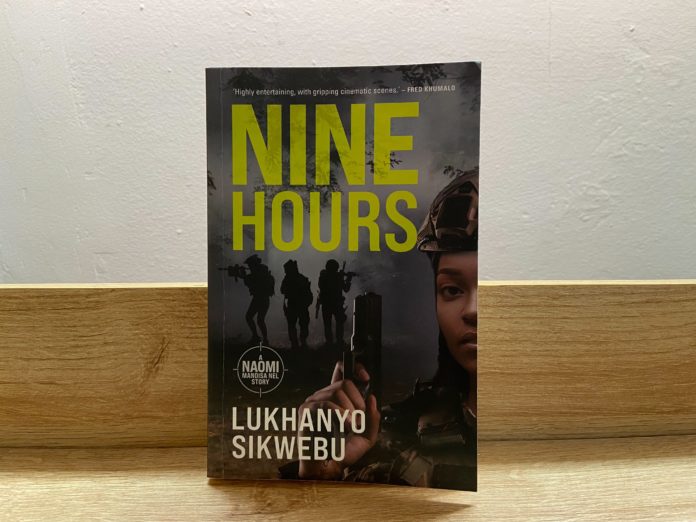 The book centers around Naomi Mandisa Nel. She lives a double life. To her boyfriend and her suburban neighbours, she is a freelance art director. But actually she has a major secret. Naomi is a vigilante assassin. She goes after all the bad guys that the law and the justice system fail to apprehend. From businessmen to ministers, no one can escape justice at Naomi’s hand.

However, when readers meet Naomi, there is a lot going on in her life. Her boyfriend is growing increasingly curious about the things she is keeping from him. There’s only so many secrets one person can keep. Then there’s the news that her adoptive father, and the person she looks up to the most, is very ill. Finally, there is the matter of her biological mother. Naomi has managed to track down the woman who gave her up. Unfortunately this leads to an internal struggle of deciding if she should reveal the truth to her mother or not.

It all comes to a head when she is recruited to join a top-secret mission. Along with other highly trained vigilantes, Naomi and her partner Ant are recruited for the dangerous mission. They are being sent to rescue a group of schoolgirls who were kidnapped by a group of terrorists in Mozambique. They are given a matter of hours (well nine to be precise) to head to the terrorists’ hideout, rescue the girls and get out.

Sounds simple enough, Sikwebu leads the reader to believe. This is especially true as the reader becomes well-acquainted with Naomi’s skills and abilities. However, that is not the case. From the moment the group lands in Mozambique, the mission quickly goes south.

And that’s enough for now. To find out anymore, readers should get a copy of Nine Hours to find out how it all unfolds.

The book plays out as if the reader is reading the plot of Queen Sono and any other spy/vigilante movie and series. There is plenty of violence, gruesomeness, guns, suspense and drama. But the book isn’t only about that.

It also deals with some heavy and political themes. From the beginning of the book, when the reader is first introduced to Naomi, the corruption of South African society is shown. Some of the book might not be for everyone. There are no particularly violent and graphic descriptions. But the descriptions are enough to turn the stomach. All the ugliness and evilness of human beings are shown. This only increases as the reader is introduced to the girls who have been kidnapped by the terrorists. They are forced to “marry” the terrorists, endure sexual violence without any hope of escaping the horrible situation.

What makes the book a must-read besides the thrilling plot and important issues tackled are the characters. The book is brought alive by the powerful and strong women characters. From Naomi to Aisha and many others, the women carry this book. From the way the book ends, there seems to be a lot more to the story, especially Naomi’s story.

It will be fascinating to see what next mission of justice and courage Naomi goes on, if Sikwebu writes more of her story.