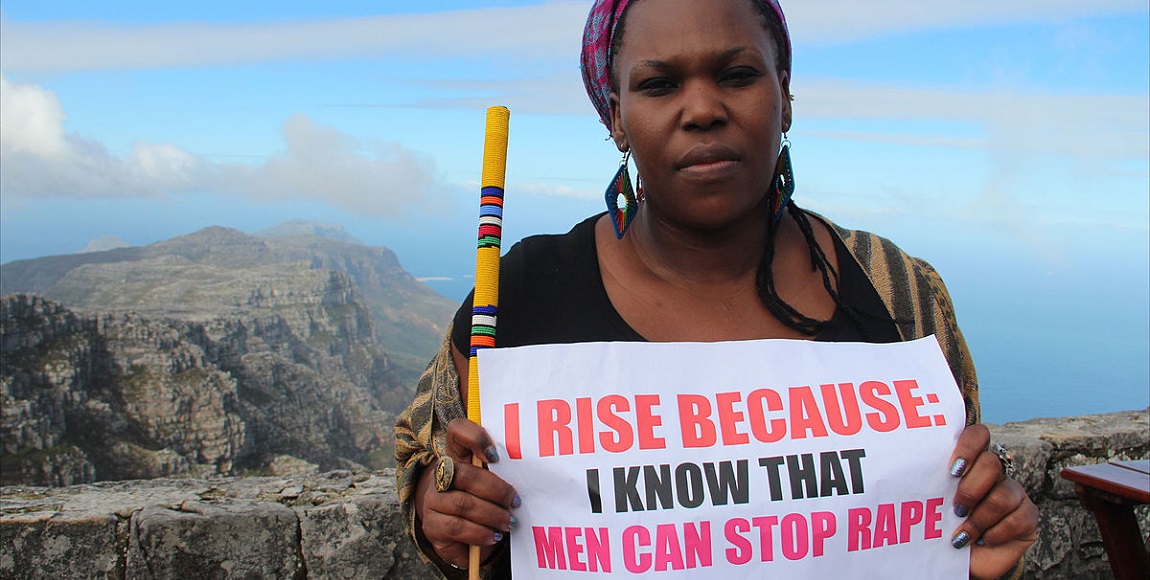 Being a woman today is fraught with danger. Rape culture, misogyny, sexism, and the perceived ownership over women’s bodies are everywhere. The Daily Vox has compiled a comprehensive list for women and what they should do to protect themselves.

1. Don’t stay in your house
You never know when some man will invite himself in to rape, assault or kill you. And it’s not just strangers you have to worry about. Half of all women murdered in South Africa are killed by their intimate partners.

2. Don’t leave your house
A recent survey by the advocacy group ActionAid South Africa found that 56% of South African women have experienced violence on taxis.

#TaxiRape trended earlier this year when an increasing number of women reported their experiences of rape and harassment in taxis. Naledi Moses* told The Daily Vox how she leapt out of a moving taxi after the driver started speaking about his sex life and put his hand on her thigh. “Us women, we are not safe, even in the taxi, even in the street,” she said. Even walking down the street can be risky.

3. Don’t be a minor
Seriously, while you’re at it, don’t be a girl child or a girl with disabilities. Some men will just see this as an automatic invitation to rape and assault you.

Child sexual abuse is rife in South Africa and it’s often adults, usually in the home, who are responsible.

4. Don’t go to school or university
School is supposed to be a safe environment, but that’s just not the case. More than a third of learners at school suffer sexual harassment and sexual abuse from peers and another 14% are sexually harassed by teachers, according to the Human Sciences Research Council. Human Rights Watch has warned that this sexual violence has “a profoundly destabilizing effect on the education of girl children”.

So why aren’t women safe on campus? Well according to non-existent studies from the University of Patriarchy and Misogyny, women’s presence on campus infuriates men and prompts them to rape and beat women.
Fascinating.

5. Don’t wear what you want
Using archaic patriarchal logic, “sexy” clothing is an excuse to victim-blame women who have been assaulted. The fact that men think this is an acceptable reason to violate a woman tells us they believe a) their sexual needs are prioritised before the agency of a woman and b) they own a woman’s body and can therefore do what they want.

In 2008, men attacked women at Noord Taxi Rank to them teach a lesson: that women shouldn’t wear short skirts. Ebby Phakula, a taxi driver from Meadowlands told the Mail and Guardian that women should not wear miniskirts as this arouses men and leads to rape and other crimes against women.

It’s not just a problem here in South Africa, though. Our neighbour Grace Mugabe once said Zimbabwean women are to blame for being raped because they wear short skirts. And over in the warm heart of Africa, Malawian women were beaten in 2008 for wearing trousers. 6. Don’t date or get married to men
Dating a man can be a deadly affair. Statistics South Africa’s 2014/15 Victims of Crime Survey showed that 29% of assault cases were perpetrated by a spouse or lover. In fact, in South Africa, a woman is killed by her partner every six hours.

The death of Karabo Mokoena reminded us that intimate partner abuse and murder is rife – thousands of women are murdered by their boyfriends and husbands each year. You’d probably be better off becoming a cat lady.

7. Don’t be queer either
For some reason, some men in our country that think a penis can “cure” a lesbian or non-binary people. At least 31 women have died at the hands of toxic homophobia over the past 15 years.

9. Don’t be an activist
Women’s activism is such a threat to some men that murder is the only answer. Whether it’s Noluvo Swelindawo, Noxolo Nogwaza or Thuli Ndlovu.

Basically, to all women: the only thing you can do to protect yourself from all this violence is to not be born.