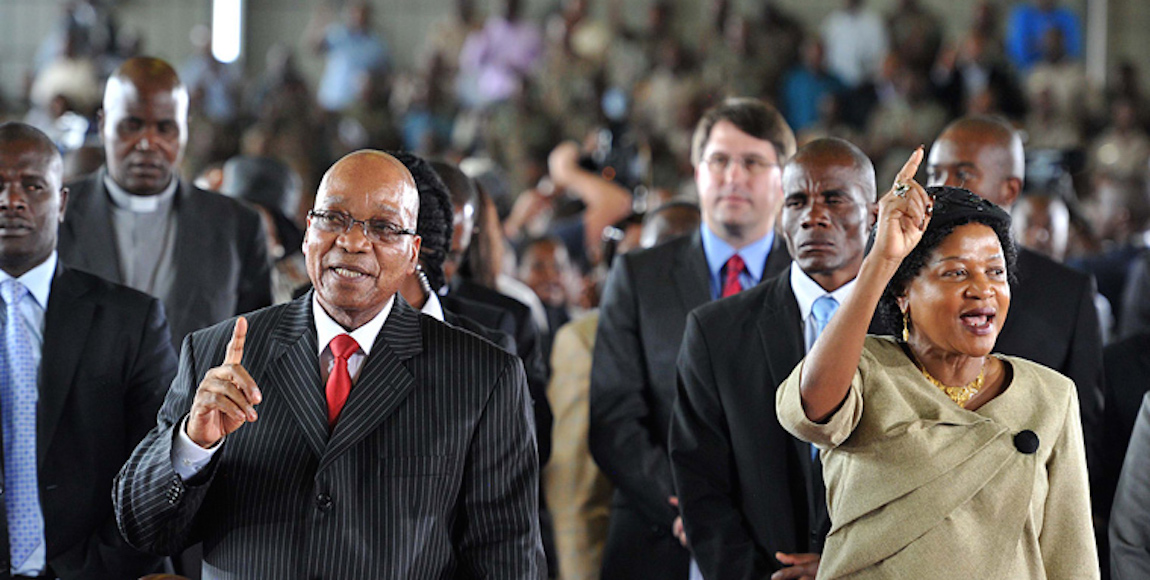 What is a vote of no confidence?
Chapter 5, section 102 (2) of South Africaâ€™s constitution states: â€¨â€¨â€œIf the National Assembly, by a vote supported by a majority of its members, passes a motion of no confidence in the President, the President and the other members of the Cabinet and any Deputy Ministers must resign.â€

The motion is passed on the grounds that the National Assembly no longer has confidence in the presidentâ€™s ability to lead the country. It requires a simple majority – 50% +1 of National Assembly, which amounts to 201 votes out of 400 – in order to pass. In short, itâ€™s the path of least resistance for Parliament to rid themselves of Zuma and his cabinet.

Why do some MPs want a secret ballot?
In an open ballot, votes by individual members of parliament (MPs) are cast electronically and you can see how each member voted. With a secret ballot, how an MP voted is not disclosed. When the president is elected by the National Assembly, this is done through a secret ballot. However, for a motion of no confidence, there is no law that stipulates the same.

The concern raised by opposition party MPs is that in an open ballot, members of the ANC feel threatened and fear internal party discipline if they were to vote against their party leader during a motion of no confidence. If the ballots were secret, however, this would not be a problem.

Commentators, such as Professor Steven Friedman, have warned against implementing a secret ballot, however, claiming that such methods were not in the interests of democracy as the public have a right to know how those they put into power voted.

But if MPs want a secret ballot, why canâ€™t we just have one, then? â€¨â€¨
In 2015 the Western Cape High Court rejected a request by AgangSA to order a secret ballot for a motion of no confidence against Zuma. Â Since then the National Assembly has amended its rules in a way that, according to constitutional law professor Pierre de Vos, gives the speaker of the National Assembly the discretion to allow for a vote of no confidence.

Speaker Baleka Mbete has, however, said she has no power to authorise a secret ballot.â€¨â€¨ Mbeteâ€™s decision was recently taken to the Constitutional Court by the United Democratic Movement (UDM) and the ConCourt agreed to hear the matter. â€¨â€¨The court will have to deal with two matters here. The first is whether Mbete can use her discretion to choose to hold a secret ballot. The second, and more controversial, issue is whether the ConCourt can order the speaker to hold the vote of no confidence via secret ballot.

How strong is their case?â€¨â€¨
De Vos believes the ConCourt will find that Mbete has the power to decide whether to authorise a secret ballot or not. He cites National Assembly rules 103 and 104 which state respectively:

â€œAt a sitting of the House held in a Chamber where an electronic voting system is in operation, Â unless the presiding officer directs otherwise [emphasis added], questions are decided by the utilisation of such system in accordance with a procedure predetermined by the Speaker and directives as announced by the presiding officer.â€

â€œWhere no electronic voting system is in operation, a manual voting system may be used in accordance with a procedure predetermined by the Speaker and directives to be announced by the presiding officer Â [emphasis added].â€

The matter of whether the ConCourt can order Mbete to use a secret ballot is, however, significantly more contentious. Such a ruling might imply that the South African legislature is interfering or undermining the powers of Parliament.

So where does this leave us?
In the case that ConCourt rules that Mbete must make use of open ballots for a vote of no confidence, the National Assembly still has the power to temporarily suspend that rule.

In terms of National Assembly rule 4, MPs may suspend any rule, including a rule that requires an open ballot on any motion – to do so they only need a simple majority to vote to suspend the rule. However, this strategy is somewhat self-defeating as it begs the question of whether the vote to suspend the rule would, again, be open or not.

If the court rules that Mbete is able to choose to use secret ballots for the motion of no confidence, this still does not mean that she is under any obligation to do so. Her choice, however, will be seen as entirely political – many will interpret a decision against a secret ballot as a move to protect Zuma.

In the case that a vote of no confidence by way of a secret ballot is employed (either by order of the ConCourt, by a motion of the National Assembly or at the discretion of the speaker) it still remains to be seen whether 50 of the 249 ANC MPs will vote against Zuma.

In the end, whether Zuma stays or not remains in the hands of individual ANC MPs.

For further reading on the matter check out:
â€¢ EWNâ€™s table on the rules for removing a president in South Africa and
â€¢ The Daily Vox’s interview with Steven Friedman on South Africaâ€™s options to get rid of President Zuma.